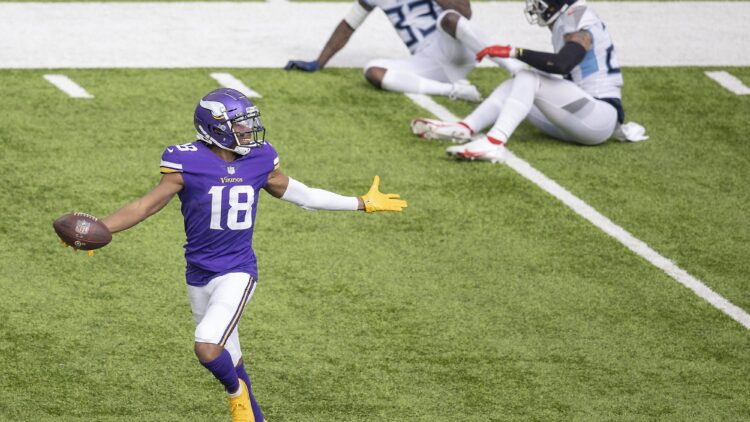 The Vikings are still on the hunt for their first win of the 2020 season. The next place they could find it is in Houston, where the Texans are also still looking for their first victory of the season (which if you listen to the NFL Consensus, they’ll find it). Either way you slice it,  it’s a big moment in the season if you’re a Vikings fan, so let’s get to know this week’s opponent a little better.

Here are seven observations on the Texans through three games…

Houston’s schedule to this point has been brutal. In fact, try to find a team whose had a more difficult opening three games. The Texans opened the season on Thursday night at the defending champion Kansas City Chiefs, then hosted the Baltimore Ravens and last week played at the Pittsburgh Steelers.

Those three teams are a combined 8-1, with the only loss being Baltimore’s and it came to the Chiefs this past Monday night. You are what your record says you are. So the Texans are 0-3. But they aren’t a “contender to have the No. 1 overall pick in next year’s draft” 0-3. They’re a much, much better football team than that. 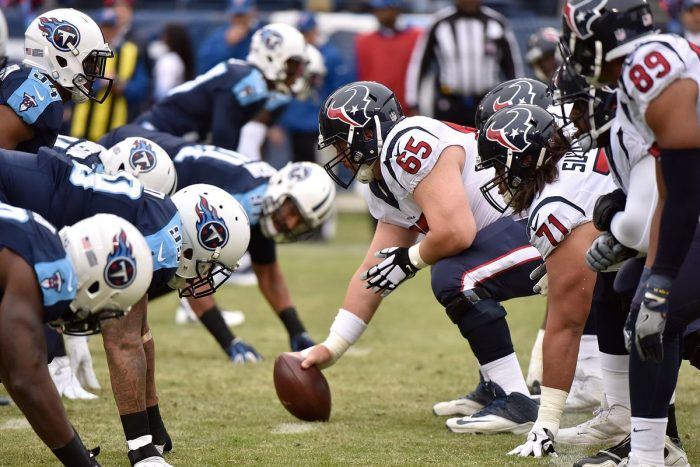 If you love physical football, do yourself a favor and watch Houston’s game with Pittsburgh last weekend. Smashmouth. Knock-down, drag-out fight. Either the TV mics were placed ideally and the volume was jacked up, or the Texans and Steelers just threw down and brawled. Or both. The physical brand of football is particularly true for Houston’s defense. Granted, they surrendered 169 rushing yards to the Steelers, but still, this group fought and challenged the Steelers big, physical offense at every asking. 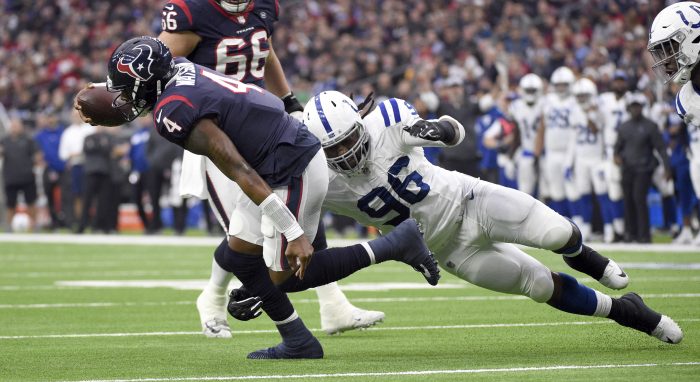 Houston has one of the League’s most fun players to watch in QB Deshaun Watson. He has intangible qualities like charisma, intelligence and patience as a passer. He has physical tools that matter at his position, such as aggressiveness, accuracy/arm strength combo and elusiveness.

Watson is not afraid to throw receivers open or throw into tight windows, but he’s also not reckless. He will hold the ball and give pass rushers an extra beat to get to him, but he’s also mobile and able to elude tacklers. Watson is a problem for defensive game planners.

4. The defense employs a 3-4 alignment

At the heart of the Texans physicality is their front seven on defense. The most well-known figure is DE JJ Watt; he lines up primarily as the left DE. Watt is one of three down linemen and he’s on the left edge, with the right edge held down by OLB Whitney Mercilus. More times than not, these two are rushing the passer along with the two interior linemen. In the middle of the defense is ILB Bernardick McKinney, a thumper with some athleticism. 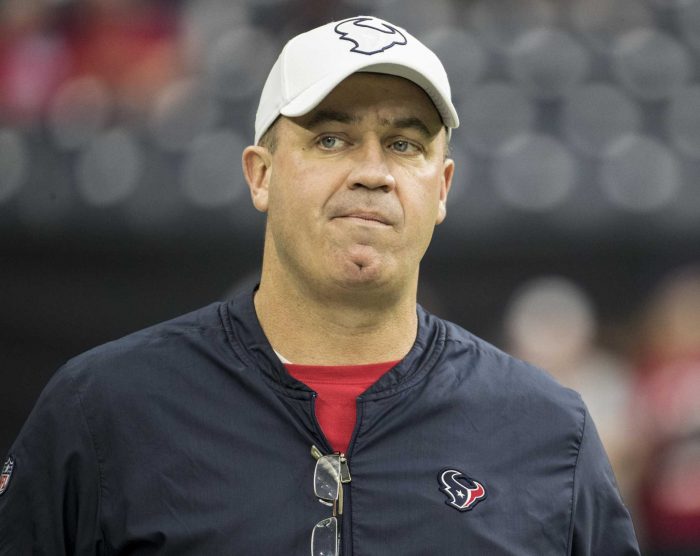 Houston Texans head coach Bill O’Brien walks on the field before an NFL football game against the Tennessee Titans at NRG Stadium on Sunday, Dec. 29, 2019, in Houston.

Texans Head Coach Bill O’Brien caught a lot of flak for an offseason trade that sent stud WR DeAndre Hopkins to Arizona in exchange for RB David Johnson. Hopkins is arguably the best WR in the League and Johnson is coming off three subpar seasons that have been riddled with injuries.

The loss of Hopkins is huge, obviously, but the cupboard isn’t bare at WR for Houston. O’Brien has plenty of speed with Brandin Cooks and Will Fuller in the fold. Houston also has some crafty veterans with Randall Cobb and Kenny Stills. The TEs – Jordan Akins and Darren Fells – are big and physical yet very capable as route runners and pass catchers. Let’s not make this group out to be the 1998 Vikings or 2000 Rams…but it’s still not as bad as everyone teased O’Brien about it being right after Hopkins was shipped out.

Johnson is the team’s workhorse. He has 35 carries and two rushing touchdowns, he’s been targeted 11 times in the passing game and O’Brien lines him up everywhere on the field, including out wide as a receiver from time-to-time.

The Steelers did a nice job of corralling him, so their game plan is worth a look for the Vikings. It’s easy to imagine that in a situation where Johnson isn’t contained, the Texans offense would be humming.

If the Vikings defensive line doesn’t have a good showing this week, it’s probably a pretty bad sign because a reasonable conclusion after three games is the Texans offensive line is struggling.

Granted, the Texans have played three excellent defensive lines in the first three weeks, but even still, the numbers aren’t acceptable. Houston has surrendered 13 sacks already. And that’s with a QB who can avoid rushers better than most. Also, Houston is averaging only 3.7 yards per carry.