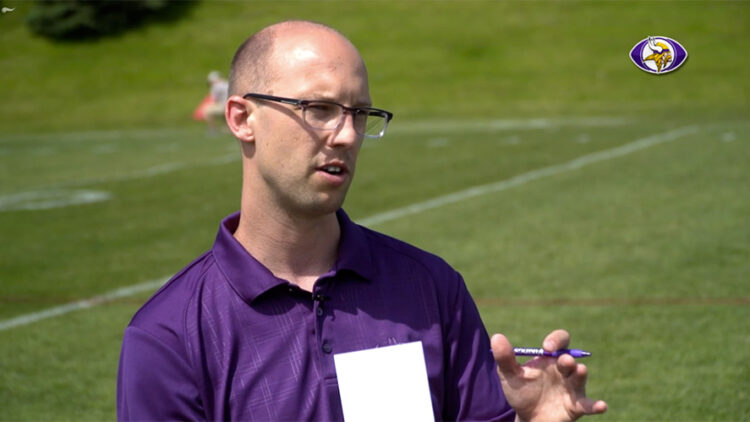 We also have our first app coming by the end of the year in UFFda! (A centralized Minnesota sports news and social media network), as well as our first nationally focused football prospect site (TheDraftTeam.com coming not long after) on the docket.

One of the major questions we’ve gotten this off-season by those who think VikingsTerritory is owned by the team (based on our pay structure maybe that’d make sense if Red McCombs still owned the team) is: Where is Wobby?

For the few of you who are unfamiliar, Wobby is Mike Wobschall, who worked for the Vikings Entertainment Network for 15 years. He is known as the fan facing personality of the team, and also in the industry as a Vikings insider.

With that, we are ECSTATIC to announce that Wobby is bringing his talents to … Lake Nokomis, as he is joining VikingsTerritory.com/purplePTSD.com/purpleTERRITORYradio.com as a senior writer, analyst, podcast host and team insider for the 2020 season!

Wobby, a nickname I just came up with, is going to be hosting a brand new podcast called ‘Three Deep’ on our network, purpleTERRITORYradio.com. ‘Three Deep’ will be co-hosted by the opposite of Wobby in nearly every regard (reputation, general respect, etc.), me!

He also will be writing multiple articles each week, covering each recent/upcoming game, fan questions and more!

So, check VikingsTerritory.com daily for his must read content and join us in welcoming Wobby to the team! You can follow him on Twitter by clicking here!