Where do we go from here? A peak into the Vikings future 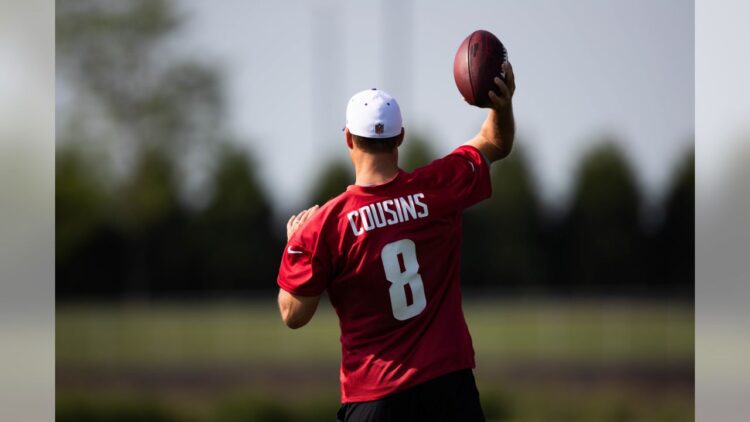 2020 has been a strange, strange year across the board.

It’s amazing how quickly things that on paper you’d think would be foreign and worthy of some sort of Roland Emmerich movie, become normalized. Wearing masks to buy a Red Bull, for example, seemed like something you’d only see in Japan or China, not Delano. I’m not saying it’s bad, wrong, or on par with Communism (because I have a political science degree from a leading public research University). I’m just saying, 2020 has been strange.

Meanwhile, we’re all here watching the NFL to distract us from the fact that we’re living through a time that history will look back on as one of the most pivotal times in not just the history of the United States, but also the world.

Unfortunately for Vikings fans, the season has been as strange as the rest of the year. The Vikings looked downright awful through the first two games of the season, then came to within one point of forcing overtime against the Titans, beat the Texans, and were a converted fourth-and-short against the Seahawks away from upsetting what at the time was one of the best teams in the NFC. They still are, but, they’re not really a contender in my humble opinion.

Because of that, it’s been hard to predict these Vikings from week-to-week. Will the defense show up? Will the offensive line protect Cousins? Will the special teams limit their incredible mistakes to under five?

That doesn’t mean, however, that we can’t make determinations about the future of the Vikings. After all, it does feel as if that the Vikings are (and have been) THIS close to being right back into the swing of things in the NFC.

That doesn’t mean, as we’ve seen, that they’ll actually contend. Which we’ll get into. 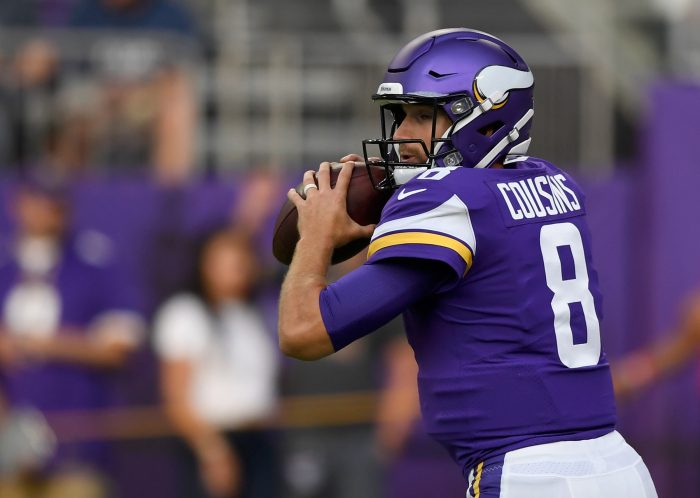 Based on the amount of clicks my recent Kirk Cousins apologist article has received, I’m sure most of you know where this section is going. I strongly believe (or rather, know) that Cousins gives this high powered (despite Zimmer’s frustrating demands for keeping things as conservative/risk averse as possible) offense the best chance to succeed. Period.

That means he gives the Vikings as a whole their best chance, as it’s pretty clear at this point that even with multiple first-round picks at the cornerback position (or the defense as a whole), Zimmer’s best defense will never be elite enough to win a championship without a great-to-elite offense.

Zimmer isn’t going anywhere, yet. But, his control over the offense should be reduced to his actual input outside of that. I explain what I mean, here:

Kubiak not to blame for Minnesota Vikings conservative offensive approach

The defense should improve solely by virtue of time and it’s ability to heal the injured superstars the Vikings lost in 2020. Eric Kendricks, Anthony Barr, Danielle Hunter, and Michael Pierce should be back next season. So, it isn’t hard to see why some people are bullish about the future of the Vikings.

Adam Thielen is turning into a neo-Cris Carter, as all he does is catch touchdowns. The Vikings have bright spots at the tight end position with Irv Smith Jr. breaking out in the second-half of the season, and Tyler Conklin showing that he’s been wasted on the bench thus far.

If the Vikings can find a left guard in the draft (hopefully in the first round, cough, Wyatt Davis, cough) that’ll replace liability Dakota Dozier and hopefully help buoy first-round pick Garrett Bradbury’s performance (as he’s not had a great season… Again).

Cousins has shown that he can produce at a level that we haven’t seen more than twice since 2000 (Favre in 2009, and Culpepper in 2004). That’s important (newsflash), or more important than normal, because this offense is ready to be elite now and can’t wait for a “will he/won’t he” develop situation by going with a young draft pick in lieu of Cousins.

That’s all theoretical as the Vikings are tethered to Cousins through 2022 (barring some sort of trade). They could draft a future replacement, but Cousins has a lot of gas left in the tank and they’d be using a mid-first rounder for a player that otherwise could finally elevate the offensive line to good status.

You can say that Cousins “needs everything to be perfect” for him to produce, which is the most asinine argument in a pile of asinine arguments. Great quarterbacks need a good line to protect them, that isn’t somehow a knock on people like Tom Brady because he performs better with protection.

Also, nothing has been perfect since 2018. Ask Tom Compton or Mike Remmers, the worst guard combo in team history (and league history this century). Or, the 27th-ranked pass protecting unit from 2019 that forced Cousins to rollout on nearly every (successful) pass play.

If Cousins needs everything to be perfect around him, how has the offense improved since Week 3?

Give Cousins something you should’ve in 2018, perhaps in lieu of signing Sheldon Richardson or drafting Mike Hughes? Four plug-and-play interior lineman were drafted between Hughes and O’Neill.

When Cousins has had some semblance of time, either after Ezra Cleveland took over at right guard or when he creates it himself, he’s done things that any other quarterback would be elevated to god for in a market that hasn’t had that level of play from anyone under the age of 38 since the before the Reagan administration.

Give him that time. Stop being so conservative and risk averse. Let Kubiak run the offense his way and watch what happens. We’ve seen flashes of it despite the above bogging the offense down. It’s actually pretty remarkable, if you think about it/realize Cousins is paid market rate for his position/services.

Look at what Jefferson has done with the amount of catches that made Stefon Diggs go full Antonio Brown. Imagine if he had 100 or more grabs? Dalvin Cook can’t keep piling on 350-370 carries a season, and may have a down year in 2021 if history is correct.

Protect Cousins and let him run the offense like it’s not 1984 and with improvements to the defensive and special teams units? You will have your best shot at realistically making a playoff run since Favre while prolonging Cook’s career.