Week 4 ATS (Against the Spread) and Over Under Picks with MyBookie Head Oddsmaker, David Strauss 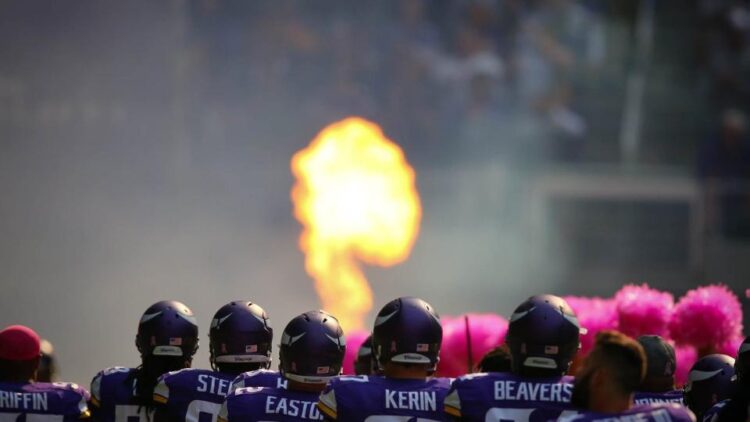 Despite all the testing and other health measures and good practices put into place by the NFL, the biggest fear heading into the new season was that COVID-19 would become an issue at some point. That is what has happened now, with the Tennessee Titans in lockdown mode after a number of players and staff were found to have contracted the virus. Less than 24 hours after the initial announcement, their Week 4 game versus the Pittsburgh Steelers has been postponed, although there is still some talk that it might go off on Monday night. That is a story to pay attention to as it unfolds. Ironically, enough, that game was one that was going to make our ATS picks for Week 4, but we still have a few to share with you, so let’s get right to it so you can bet on their NFL odds.

Both of these teams are sitting at 1-2 after the opening 3 weeks of the season, an outcome that is sure to be a surprise to the many people that had New Orleans as one of the favorites to come out of the NFC. It is early, though, and the Saints have more than enough time to right the ship in the weeks ahead. For Detroit, getting a win in Week 3 might well have saved Matt Patricia’s job, but the head coach is still very much on borrowed time at this point. The Saints are 12-6 ATS in their last 18 games and have been a fantastic pick on the road, going 7-1 ATS in their last 8 games away from home. Overall, Detroit is just 3-11 ATS in their last 14.

Monday night was seen as a potential AFC Championship Game preview, with the Kansas City Chiefs and the Baltimore Ravens going head to head. It was not a good night for the Ravens, who were soundly beaten in their own building by the defending Super Bowl champions. You can bet that this Baltimore team is going to be coming into Week 4 with a chip on their shoulder as they look to bounce back from that defeat, which could be very bad news for a struggling Washington team. The Ravens are 11-3 ATS in their last 14 and have covered the spread in their last 6 games on the road. Washington is 0-5 ATS in their last 5 games versus teams from the AFC.

You don’t like to totally write a team off this early in the season, but the New York Giants look like a team that is in for a very long year. Not only have they been struggling on both sides of the football, they have also lost Saquon Barkley, their best weapon for the season. In their first game without him in the lineup, the Giants lost 36-9 to a 49ers team playing with a ton of back-ups because of injury. The Rams took their first loss of the season in Week 3 in a close on against unbeaten Buffalo. While the Giants are 8-1 ATS in their last 9 meetings with the Rams, I think they are on to an absolute beating here.

Indianapolis Colts at Chicago Bears (OVER 45)

The Chicago Bears are, somewhat surprisingly sitting at 3-0 to start the season. I say that this is surprising because this is a team that appears to have a QB issue. Mitch Trubisky maintained the starter role despite a poor season last year, but he was yanked in favor of Nick Foles in Week 3. Foles engineered a comeback win versus the Falcons and will likely start again this weekend when the Bears host the Colts. Indianapolis are 2-1 and have seen 10 of their last 12 games played in Week 4 go OVER the point total. The OVER has hit in 5 of the last 7 games that the Bears have hosted the Colts.

Cleveland Browns at Dallas Cowboys (OVER 55 ½)

You need to go back a long way to find the last time the Cleveland Browns had a winning record, but here we are heading into Week 4 of the season with the Browns sitting at 2-1. They will be on the road this weekend to face a Dallas team that is one again proving to be a disappointment. The sole positive point for the Cowboys is that they are in the truly awful NFC East, so 1-2 is still good enough to keep them in touch at the top. These are a pair of teams that have become used to playing in high scoring games, with each of the seeing 5 of their last 7 go OVER. I think we get more of the same here.

Seattle Seahawks at Miami Dolphins (OVER 54 ½)

While it is much too early to be talking about a potential MVP this season, but there are a few players who have stood out in the early going. Russell Wilson of the Seattle Seahawks is very much in that group, as he has been lights out through the opening 3 weeks of the season. Seattle is now 3-0 on the year and have what looks to be a straightforward road trip to Miami this weekend. There is a lot to like here when looking at the OVER, most notably that 12 of the last 16 games that the Seahawks have played versus teams from the AFC.