Vote on who had the best draft in our writer’s draft, win a Vikings gnome! 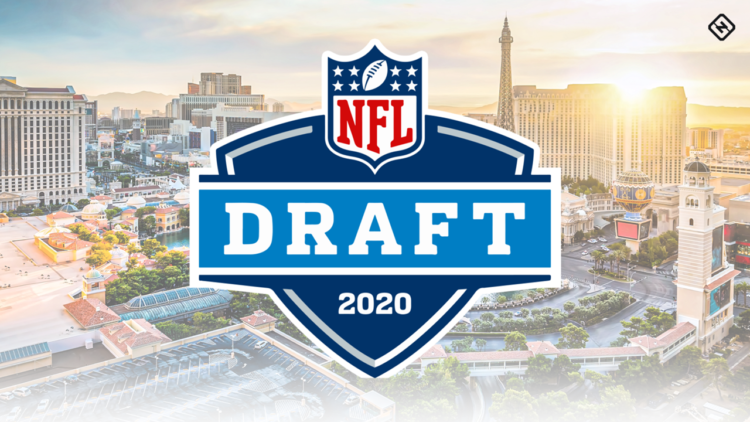 One of my favorite times of year has always been fantasy football draft season, but I have really begun to love it in recent years as we have had a purpleTERRITORY Media league (or two) since 2016. This year was particularly fun for me, as I am the reigning champion from last season’s league, something I’ve NEVER accomplished despite playing fantasy football annually since the Priest Holmes days.

I have gone undefeated twice in those years, and lost in the first-round BOTH times. Not only that, I lost in two types of playoff rounds, the first time happening in 2007 when I drafted BOTH Tom Brady and Randy Moss (coincidentally the same year that they both broke the single season touchdown records).

Another funny aside, I love Moss so much that I have only missed training camp once in my life (before COVID, that is), 2004. So, I purchased a shirt that had a picture of Moss celebrating his 23rd touchdown that said in gigantic letters “Randy Moss Single Season Touchdown Record” with an even larger “23” underneath that.

I used to work at an internet start-up in Edina that was located on the top floor of the Edina edition of a skyscraper (or a tree scraper?) and I wore that shirt once. Keep in mind that this was back when some “fans” still resented Moss for reasons I’ve explained are bullshit a few times but most eloquently in this article from a few weeks ago:

Stefon Diggs is everything people claimed Moss was but worse

Point being, success isn’t something I’m accustomed to in fantasy football (or dating, working, life in general), something Yahoo! must’ve known as the default name they gave my team, you know the names that are typically like “NAME’s Cool Team”? They named my team “Joe’s Okay Team”. Sigh.

So, I went into Wednesday’s draft with pretty low expectations for myself but was happy when I saw that I ended up with the 10th pick of 10 in a traditional/snake draft on Yahoo! for obvious reasons and because I usually end up with the dreaded (to me, anyway) 5th pick.

I always feel awful once the draft ends, as I usually miss out on most the picks I want because the person before me always has some sort of Professor X level telepathic ability that is linked to my frontal lobe. So, I was very surprised when I received my post draft Skynet/Ultron crafted grade from Yahoo!

My first response was that perhaps everyone receives some sort of pat on the back ‘A’ grade from Yahoo, but then I saw this: 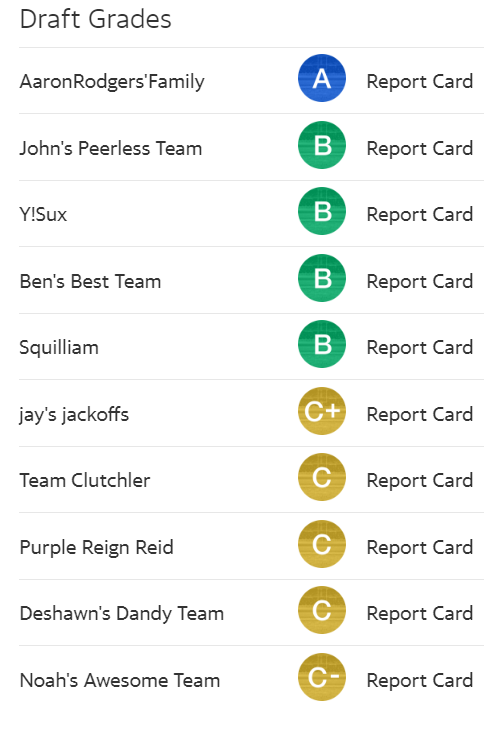 This made me want to take my, nay all of our rosters, to the public to see who you all thought had the best draft of all of us here at purpleTERRITORY Media? You can click to vote, HERE, but let’s get right into things! 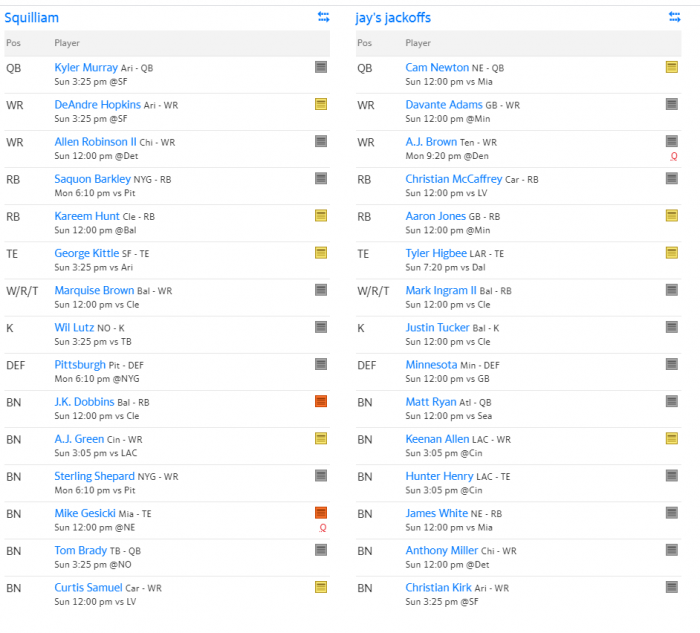 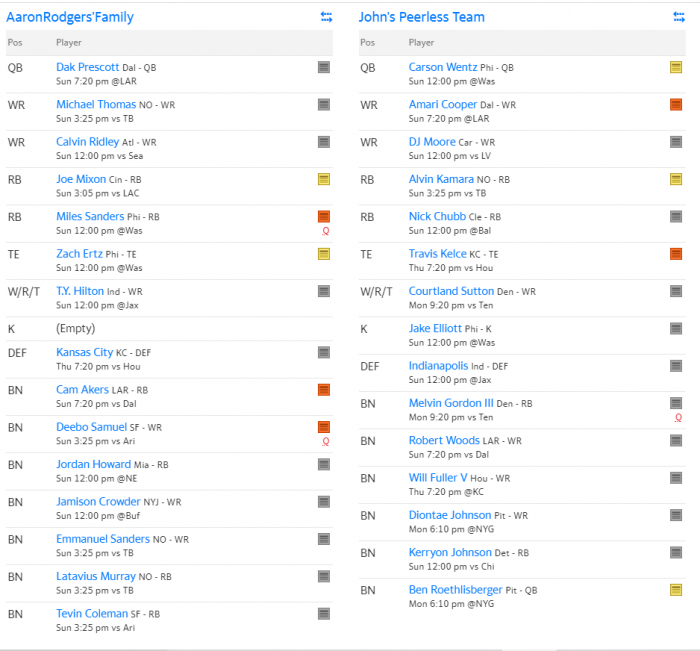 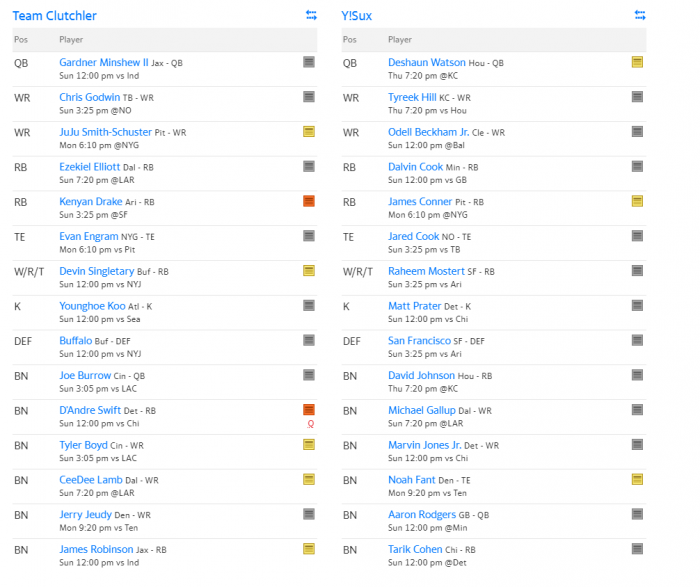 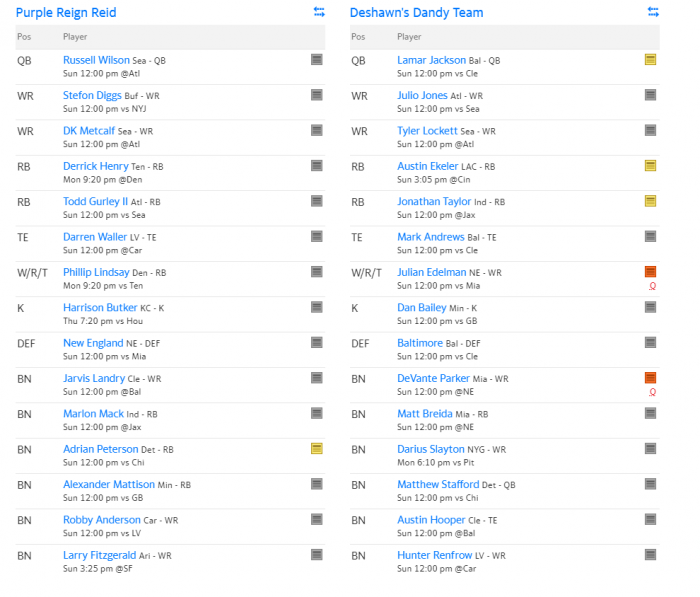 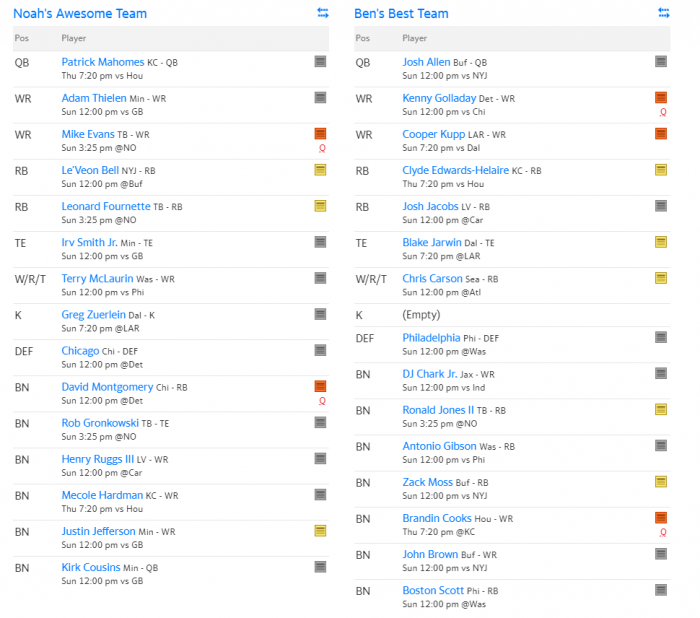 If you post a screen shot in the comments below showing that you voted, you’ll be entered in our Minnesota Vikings Gnome giveaway! It’ll also tell us who you voted for, which means you’ll have enemies for life from nine strangers!