You may have heard of it.

It’s called the Super Bowl and it’s new. Sounds interesting. We might live chat it, I haven’t decided.
Obviously (I hope), I’m joking. Sunday is the peak of the 2019-20 season, and while the Vikings are going to be watching the big game from home like you and I, it’s obviously something that we’re all still talking about.
So, what do the writers of VikingsTerritory.com and purplePTSD.com think about Sunday? 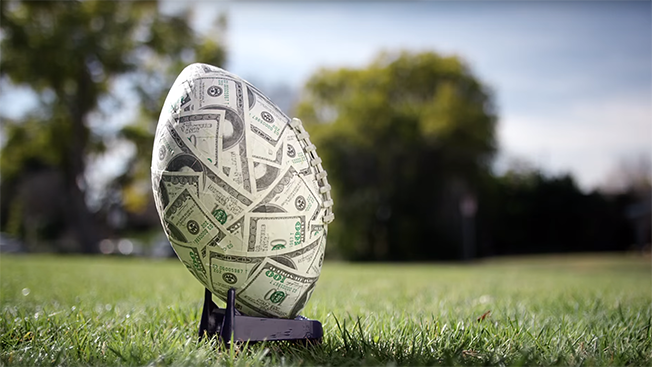 Tasked with writing a short Super Bowl prediction piece, I would only submit, since the Vikings aren’t in it, that I hope it is a close contest (it should be) with a decent amount of scoring (very possible) and some unique and exciting action—which seems to be part and parcel of a Super Bowl over the past couple decades.

That said, they say that defense wins championships, but I don’t think that will be the case this year. San Francisco has the better defense of the two combatants, but Kansas City has the better and more versatile of the offenses. The Chiefs win the battle of the quarterbacks (such as there is one), and Patrick Mahomes’ speed, agility and creativity in the pocket (and out of it) will work to offset the rush of the Niners’ front seven, which had a lot to do with their previous two playoff wins to get here.

Speaking of speed, they also say it kills, and the speed of the Chiefs’ receivers (the Legion of Zoom) plus the toughness of tight end Travis Kelce will have them rarely punting and threatening to score often. The Niners offense will score some points on the Kansas City defense, but if the game is put upon the shoulders of one Jimmy Garoppolo, who has only thrown slightly more passes than I plan to throw at halftime out in the snow than I think San Fran will come up short. 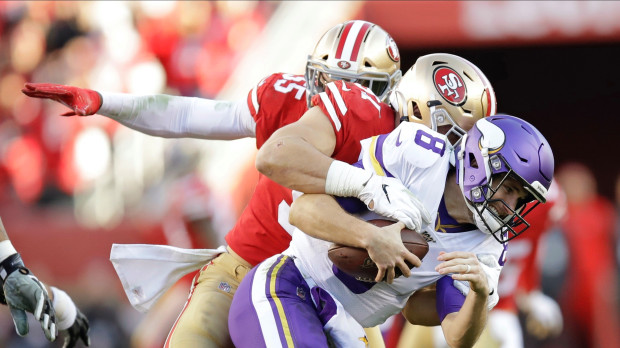 As I wrote, recently, I think that Sunday’s game has the makings of a classic. These teams seemingly match-up great on paper, with the strength of one seemingly facing the strength of the other, at least in terms of the MAIN strengths of each squad (ie the offense of the Kansas City Chiefs and the defense of the San Francisco 49ers).
Super Bowl LIV also feels like a passing of the torch, with the Mahomes and Garoppolo (along with other players like Lamar Jackson and Kirk Cousins) seeming like the new faces of the NFL after players like Tom Brady and Drew Brees have dominated the league for the past fifteen years (okay, I put Cousins in there just to rile people up).

When you scratch a bit beyond those narratives, though, you might find that these teams don’t match-up as great as many would have you believe. Namely, in terms of the defense of the Chiefs against the run game of the Niners. San Francisco’s run game thoroughly dominated the defense of the Green Bay Packers in the NFC Championship game, so much so that Jimmy G. didn’t even attempt a pass for over an hour-and-a-half, despite that the Niners had the ball for most of that time.

The Chiefs’ defense is worse, on paper than the Packers’ defense is against the run and unless they’ve found a way to bolster that unit in the two weeks before the Super Bowl, it could be a LONG day for the Chiefs. That dominating run game could really limit the number of drives that the Chiefs have, so because of that Mahomes and company will have to capitalize each time they have the ball. Considering how great the defense is playing with Kwon Alexander and Dee Ford returning, I just think it’ll all be too much for the Chiefs and that the Niners will take the game comfortably.

While the Niners defense has been the top unit – in the eye test and the stat sheet – the Chiefs offense matches up favorably. First off, the Niners play the most cover-3 in the league and the Chiefs have been the best offense versus cover three this season. Additionally, San Fran has “struggled” against mobile quarterbacks this year. Quarterbacks like Kyler Murray, Russell Wilson, and Lamar Jackson.

If you are tasked with the job of attempting to poke holes in the Chiefs defense, the secondary is where I would start. Comparing the safety position and second cornerback to the rest of the defense is the only non-negligible drop-off. The Chiefs are not reliant on the run game whatsoever, using it sparingly and efficiently, which means they should be in a prime position to take advantage of the “weakest link” on the Niners stout defense. Looking superficially at statistics, the disparity between the Niners offense and the Chiefs defense is massive. However, the Chiefs have plenty of playmakers and can change the course of the game in just one play.

For starters, the Chiefs will likely aim to have Tyrann Mathieu matchup against the best Tight End in the league, George Kittle. A matchup that isn’t entirely in the Niners favor as Mathieu has allowed only 1 catch in 37 targets when in Man against a TE. The Chiefs also have minimized big-play ability against them, taking the second spot in defending the deep pass. The Chiefs D has also been amazing against Play Action, which coincidentally is Jimmy G’s strong suit. The only thing that scares me about Niners O vs Chiefs D is that the Chiefs are the second-worst defense against zone running plays and they do not load the box (see KC vs TEN.)

My Prediction: The Niners will try to run against the Chiefs D, they will be quite successful but the playmakers in Chris Jones, Tyrann Mathieu, and Frank Clark will eventually get them behind the sticks. After giving the ball to Mahomes, the Chiefs should slice the Niners up. If San Fran can control the TOP and keep the game from becoming a shootout, they have a chance to win. I am betting on the playmakers on the Chiefs making just enough plays to best the NFC representative.