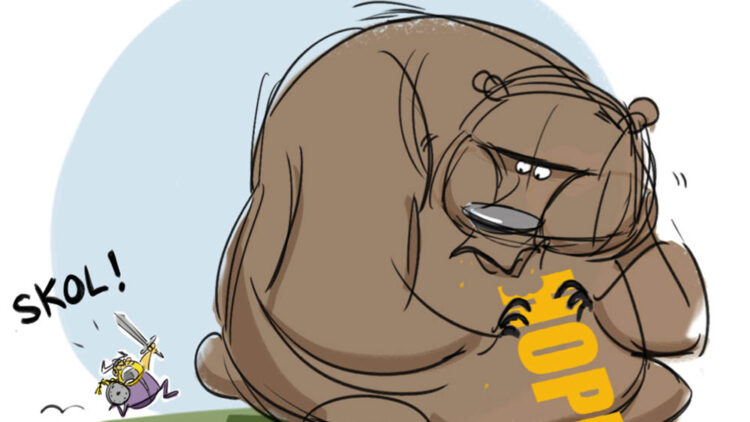 The Minnesota Vikings yet again is finding itself in a late season must win game against division … Rival? Enemy of my enemy is my friend the Chicago Bears. Unlike 2018, though, this game doesn’t fall on Week 17 and thus isn’t technically a win-and-in situation. However, the Vikings (and the Bears, technically) are in desperation mode after falling to a Tampa Bay team they thoroughly outplayed, as they need to win their final three games to make the post-season (and even then there’s a 10% chance they won’t make it).

The National media is all over the place when it comes to this game, with some saying the Vikings will blow out the Bears and others saying the exact opposite. If you’re looking at the sports betting world, the game is essentially a push as the home team (The Vikings) are now favorites by 3 points over Chicago.

What do the fellas at purpleTERRITORY Media have to say?

The last time Minnesota played Chicago, their defense seemed to be turning a corner. That cannot be said with confidence anymore, and a big reason for that has to do with the absence of Eric Kendricks. It’s looking like he will be out once again this week, and it will be up to others like Eric Wilson to step up against a Bears offense that, while it isn’t good, still scored 32 points last week. Hopefully that’s just a case of a broken clock still right twice a day.

The biggest key in the last game proved to be third down, and I believe it will be once again. Minnesota did a great job of stopping the Bears’ offense as well as keeping their own offense on the field. If Dalvin Cook can keep powering the ball between the tackles, the Vikings offense should find enough success to win once again. They also will have to make sure that David Montgomery stays contained because his ability to find running lanes last week made things much easier on Mitch Trubisky.

All that said, until this Bears offense shows any semblance of consistency, it’s very hard to put trust in them, even with Minnesota’s defense being short handed. It’ll be a close game, but Kirk Cousins and his dynamic weapons of Adam Thielen and Justin Jefferson will pull this one out in the end.

In a season full of must-win games, the Minnesota Vikings’ Week 15 game feels like the biggest one yet. Both the Vikings and Bears are sitting at 6-7. A loss essentially eliminates any hope of seeing the postseason.

Neither fan base is feeling particularly confident in their squad at this point. Nevertheless, one team will win this game, and it will be our Vikings. Perhaps it’s just because I’m wearing my Purple Goggles, but I’m feeling good about Minnesota’s chances. Kirk Cousins, for all his faults, has been excellent since the bye, and Mike Zimmer’s defense is showing legitimate improvement. Mitchell Trubisky may present a few issues with his legs – especially since it looks like we won’t have Eric Kendricks to spy him – but I won’t be surprised if Zimmer is able to rattle Trubisky.

In a weird development, the Viking/Bears game ends up being a battle between the offenses. Both Kubiak and Nagy find some success, but Zimmer’s offers just enough brilliance to allow the good guys to snag the W.