Vikings “Very Open” to Trading Harrison Smith and Others 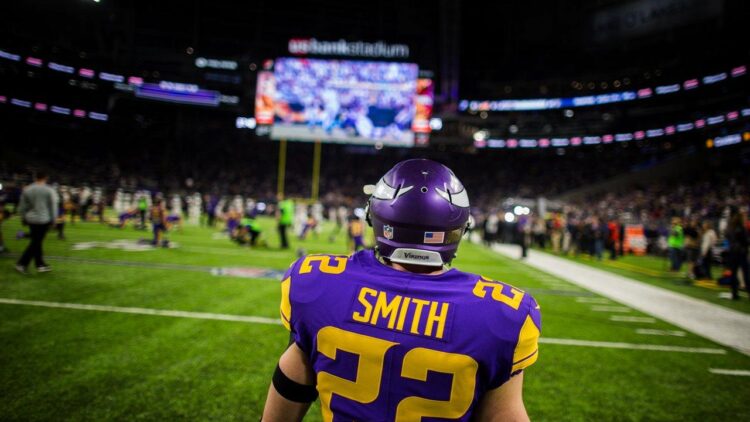 After the Vikings traded away their recently-acquired star defensive end, Yannick Ngakoue, I figured the moves were not done, whether they would be before the trade deadline or this offseason. On Sunday, CBS’s Jason La Canfora reported that “Minnesota is very open to moving safety Harrison Smith, left tackle Riley Reiff, and tight end Kyle Rudolph if they can find the right takers.”

La Canfora also mentioned the possibility of an Adam Thielen trade, but later said a deal is unlikely for the veteran wide receiver.

I would agree that a trade of Thielen should be hidden in a vault inside Spielman’s office and locked in a box labeled “break glass in case of emergency”. Thielen is extremely valuable, not only talent-wise, but as a mentor. He has helped guide rookie wide receiver Justin Jefferson, and he can continue to do so with whoever the team brings in through the draft, whether that be another receiver or a quarterback.

As for Smith, in an ideal world, the Vikings would load the veteran and his 2021 $10.2 million cap hit off for a few picks. However, this may not be that ideal world. In his article, La Canfora quoted an NFL GM saying this about the Vikings:

“They want to move on from some guys for sure, but not the guys we want. They want to cut payroll, but I don’t know how successful they’ll be with that.”

Personally, if they do in fact want to trade Smith, I think the Vikings best hope of finding a deal might be in waiting until this offseason. Teams’ weaknesses seem amplified after a playoff loss. If, for example, the Saints or Bills lose because their secondaries can’t stop the likes of Patrick Mahomes or Russell Wilson, they may feel more inclined to trade for a veteran to help them win immediately.

If the team did decide to move on from Smith, there are options for next year’s replacement in the draft. Andre Cisco from Syracuse is risky due to his season-ending injury this season, but he has been one of the best defensive playmakers in college football over the past couple seasons.

As a freshman, he led all of the NCAA in interceptions with seven, and then backed it up with a five interception season last year. He has also been very versatile as he can go into one-on-one coverage with slot receivers, or he can help stop the run.

Since his injury, Syracuse’s defense has plummeted. In their last three games without Cisco, the Orange have given up 38 or more points, including this past weekend’s 47-point debacle against Clemson.