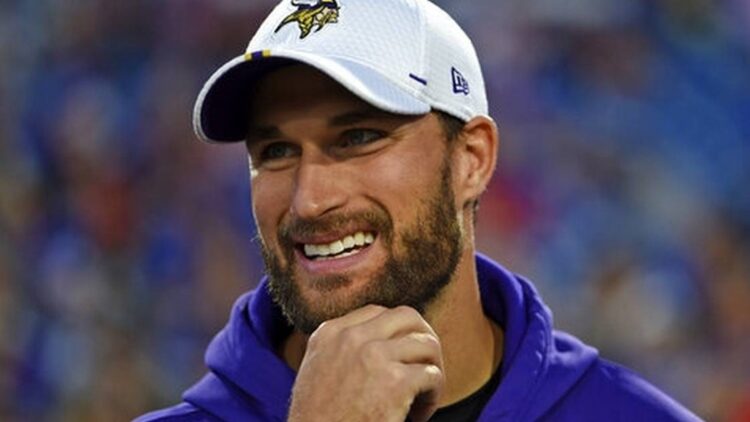 The Minnesota Vikings handed the New Orleans Saints 52 points on Christmas day – the most by a Vikings team in 57 years. In 1963, the team allowed 56 points to the St. Louis Cardinals in an October game at Metropolitan Stadium.

For this Saints tryst, Mike Zimmer’s defense was comprised of mostly reservist players, especially up front on the team’s defensive line and linebacking corps. The only players likely to start in 2021 that were on the field during this Yuletide affair were Harrison Smith and rookies Cameron Dantzler and Jeff Gladney. Another rookie, D.J Wonnum, has a realistic chance to start next season, but this game was his first career start. That is it. If, for a strange reason, one hopes to see this particular group mature and play better next September, it will not include the gang on the field during Week 16 (in starting capacities). Danielle Hunter, Eric Kendricks, Michael Pierce, Anthony Barr, and Mike Hughes will theoretically return for 2021. And that is a nucleus.

Fans’ frustration was targeted at the defense for Sunday’s performance, correct? No. Instead, the shellacking served as a vehicle to denigrate the offensive coordinator. Here is evidence.

Zimmer and his stone age offensive mind set is this teams #1 problem.

It’s time for Zim / Kubiak to go… the entire staff. Send ‘roid boy Spielman out too. Work towards phasing out that QB too. My god. People are sick of their families and turn on an NFL game to detach and watch that? The Saints are trash and the Queens are worse. Embarrassing.

That said, here’s what I think needs to happen

Him and Kubiak gotta go…..

Those are real tweets from Vikings enthusiasts. The levees broke for this piecemealed Vikings defense in New Orleans, and venom was directed at the team’s offensive coordinator. Think of a hitting coach in baseball getting lambasted for an opposing team’s 15 runs batted in. Twilight Zone-type stuff.

Through 15 games of 2020, the Vikings have allowed 440 points to opponents. The previous high by a Zimmer-led Minnesota squad was 343 points allowed during his rookie season in 2014.

Still, the blueprint for change – as preached by some Vikings loyalists – lies in the termination of Gary Kubiak. A man that oversees the team’s offense.

Before the Christmas debacle occurred, the Vikings ranked 23rd in yards allowed. That mark will shoot to the depths of hell when the rest of Week 16 plays out leaguewide. Offensively, Minnesota checks in with the fifth-most yards gained during 2020.

Find the perspective here: The Vikings have the NFL’s fifth-ranked offense and a defense south of the 23rd-best in the business. Indeed, the defensive output can be caveated by devastating injuries at every spot on the team’s depth chart. When Mike Zimmer said last summer, “I have never had a bad defense,” he probably did not foresee the absence of multiple heart-and-soul pieces that were forthcoming. It’s a bad soundbite now that is never presented with context.

The reality we inhabit is farcical. A nationally-televised game was the venue for this Vikings team to surrender 52 points – the most by an NFL team since October 2019. The solution is to chide the team’s offense. Twilight Zone.

Kubiak Has No Affiliation with Team’s Defense

Offensive coordinators do not formulate a defensive gameplan. Waitresses in a restaurant do not cook the food. Stewardesses do not fly airplanes. The Chief Justice of the Supreme Court does not deliver a State of the Union speech every January.

Roles are defined. Defense is not a task assigned to Gary Kubiak. Co-defensive coordinators, Adam Zimmer and Andre Patterson, do not call offensive plays. They can take no credit for the team’s fifth-best offense.

It is true that Kubiak has been a head coach – his Denver Broncos won a Super Bowl five years ago. In that job, he was responsible for the entirety of the enterprise. He does not have those same duties with the Minnesota Vikings.

The authors of the aforementioned tweets effectively want to terminate a Super Bowl-winning coach who has orchestrated the NFL’s fifth-best offense because the Minnesota Vikings defense gave up 52 points on Christmas. Perhaps you had that on your 2020 bingo card.

A Delusional Lens to View Football

Incessant bellyaching is odd as a standalone practice. At least find the correct scapegoat.