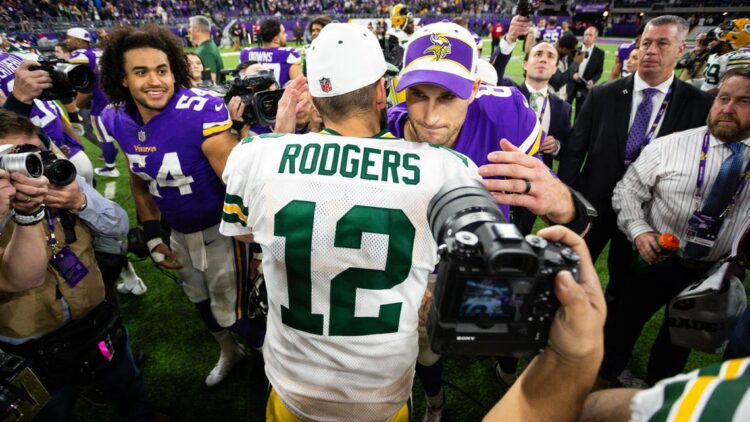 While some have started to come to the same conclusion that I’ve been barking about (see: ‘Can the NFL pull off 2020 season’ from NBCSports.com)
Let’s assume that there is a full 2020 season, or for the sake of this article, a start to the 2020 season.

I’ve long loved discussing, comparing and mainly ranting about power rankings even if my cohorts here at PurpleTERRITORY Media think that I’m wasting my time (mostly) bemoaning the subjective takes of the national media members who pronounce ‘Minneapolis’ like President Trump after what I can only presume isn’t his first stroke.

Speaking if strokes, the Vikings have been considered a contender since at least 2016, but they’ve clearly undergone a massive rebuild this off-season so it is also interesting to see what those outside of the local Vikings sports media bubble think about that and the team as a whole.

I grabbed the following from Lines.com, a source for NFL betting lines as well as general NFL/sports news.

Because I feel like a lot of other national sites have ignored the massive changes to the Vikings’ roster and have continued to talk about the 2020 squad as if losing Stefon Diggs/Everson Griffen/Linval Joseph/Trae Waynes/Xavier Rhodes/Mackenzie Alexander/etc. won’t have a gigantic impact on the 2020 season.

That sounds like I was mainly looking for an article that aligned with my cup half empty or rather, empty cup broken on the floor, way of looking at things but I more just think that it is unrealistic to expect that many new pieces to replace what may have been the best position-by-position roster in my lifetime.

Anyway, let’s see what they had to say:

After losing some key contributors — such as Stefon Diggs — the Vikings had some big holes to fill in the offseason. Following the re-signing Kirk Cousins, the Vikes didn’t make any massive moves to improve their roster.

They did, however, load up with young players in the 2020 NFL Draft. It’ll be interesting to see how Minnesota’s team performs in what could be a transition year.

I can’t be mad that some outside of Minny are in wait and see approach when it comes to how Zimmer will coach up his cadre of young defensive talent. Beyond that you have to wonder how things with Dalvin Cook will shake out if there isn’t an extension in place before the Week 1 match-up against the Packers. Then, as always, is the offensive line and the competition for both guard spots by a group that hopefully invented and learned how to best use Flubber this off-season (because they weren’t good enough last season, Ezra Cleveland not included).

Outside of that, the Vikings aren’t the top NFC North team according to Lines.com. That honor goes to the Aaron Rodgers lead (for now) Green Bay Packers.

Despite being lambasted for their 2020 NFL Draft, the Packers still have a playoff-contending team. The Pack might not have upgraded on the offensive side too much — Devin Funchess doesn’t count — but they’ll surely get a motivated Aaron Rodgers in the upcoming campaign.

With the Packers trading up for Jordan Love, Rodgers will undoubtedly try to make Green Bay regret that decision. That can only mean bad news for the rest of the league.

While I don’t agree that the hyper-tentative Rodgers will lambast the NFL because he suddenly sees why Brett Favre treated him like some Elk River step-Dad who thinks his Marlboro cash is his 401k, I also don’t think Funchess doesn’t count as he is like 10 feet tall and should give Rodgers another huge target to stare down for 5.8 seconds before getting sacked, breaking his collar bone, and then going on a national talk show to claim a routine tackle is tantamount to getting suplexed on asphalt by some random hobo (a story I know all too well).

There you have it. The Vikings are going into 2020 with a new look team but the fact that they are still near playoff contention by national writers (who are at least taking the huge changes on defense into consideration) shows just how good head coach Mike Zimmer and company (mainly general manager Rick Spielman and offensive coordinator Gary Kubiak) are or have been (respectively) since 2014.

Then again, this could all be for not when the season ends in October because COVID merged with type-2 diabetes to create what future generations will call the Floridabonic Plague.
Speaking of Florida and high risk factors for COVID related complications like diabetes or in this instance, old age, I thought it’d be of interest to also include the Tampa Bay Buccaneers as a bonus coverage as the rest of the NFC teams in front of the Vikings are the same as 2019 (Saints, Seahawks, 49ers, 27 yard field goals, basically any defensive line, etc.)

No team has improved more than the Tampa Bay Buccaneers in 2020. That’s what happens when you add the greatest quarterback and tight end of all time in one offseason. But the underrated aspect of this Bucs squad is their tenacious defense.

The Bucs are in a high-scoring division, but if they can play strong defense and limit turnovers, they’ll be in the hunt for Tom Brady’s seventh Super Bowl.