With their linebacking core plagued by injury and inexperience, the Minnesota Vikings on Tuesday August 18th signed former Cincinnati Bengals linebacker Hardy Nickerson Jr.  A fourth year player who spent his college days at both University of California Berkeley and University of Illinois, Nickerson went undrafted in 2017, but was picked up swiftly by Cincinnati following the NFL draft. After an impressive rookie training camp, Nickerson was officially named to the Bengals 53-man roster, and was made the backup middle linebacker behind Vontaze Burfecte by then Bengals coach Marvin Lewis.

Throughout his short career, Nickerson has been a passable NFL player. Over three seasons in the league, he has tallied 81 tackles and one forced fumble over 37 games and eight starts, the first of which was ironically against the Vikings in week 14 of the 2017 season. Although Nickerson’s production is a far cry from his father’s, 4x All-Pro and 1990’s All-Decade team member Hardy Nickerson Sr, he will nevertheless prove a useful addition to the Vikings.

While Minnesota may have boast one of the best starting linebacker corps in the league, headlined by Pro-Bowlers Anthony Barr and Eric Kendricks, they lack significant depth at the position, especially after injuries to 2017 4th round draft pick Ben Gedeon, 2019 5th round draft pick Cameron Smith, and recently signed journeyman Quentin Poling.

This slew of poor luck has left the Vikings with only four backup linebackers, all of them rookies except for fourth year player Eric Wilson. Vikings fourth round draft pick out of the University of Oregon, Troy Dye occupies the fourth spot in the depth chart, with undrafted free agents Jordan Fehr out of Appalachian State and Blake Lynch out of Baylor University taking up the fifth and sixth. Nickerson will compete this offseason with Dye, Fehr, and Lynch for a spot on the 2020 Vikings 53-man roster.

In order to make room for Nickerson on their 80-man training camp roster, the Vikings waived cornerback Marcus Sayles. An undrafted free agent in 2017 out of University of West Georgia, Sayles was picked up by the Bills following the draft, but then cut shortly after. Following a stint with the Rams in late 2017 into early 2018, Sayles found himself a member of the Winnipeg Blue Bombers of the Canadian Football League, where he blossomed into a super star, being selected to the 2019 All-Star Team and even winning a Grey Cup (The CFL equivalent to the Super Bowl).

However, despite his recent success, Sayles was seen as a long shot to make the Vikings roster, especially considering that cornerback depth is not an area of need for the team. After cutting Sayles, Minnesota has eight corners on their active roster, including four rookies. 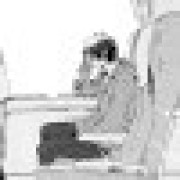 I am making $125 per hour working online on my laptop among my family. I continue doing work in my room talking to them. Its too easy to complete it no experience or skill required. You just need internet connection and PC/Laptop. For more information visit……… ReadMore