Vikings/Cook reportedly NOT close to a deal 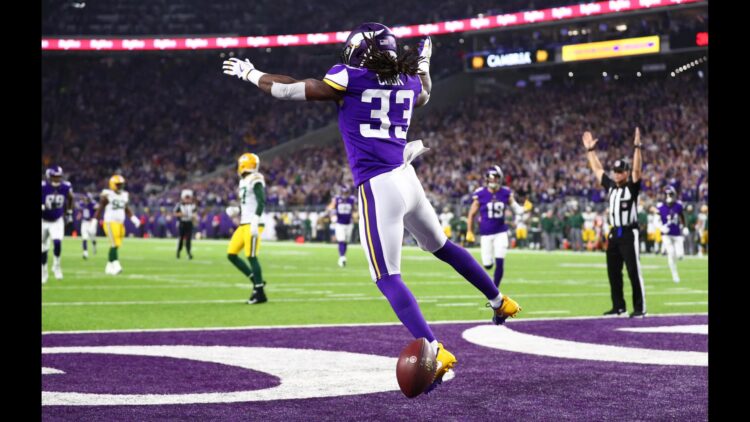 In what seems like the front runner in the ‘Most Hyperbolic Vikings Headline of the Off-season’, Dalvin Cook and the Vikings are both far away from a deal but also are having “productive talks”.

Most headlines only focus on the former, implying to the masses that head-line skim (aka about 50% of people), that Cook could… what? Hold out? Leave Minny?

That’s simply not the case, though, according to ESPN’s Jeremy Fowler, who reported Tuesday morning that both Cook and the Vikings have had “productive talks”, although the two are still relatively far apart in finding a deal that works for both sides.

That should actually come as little surprise to those who follow the Vikings (and don’t just skim headlines) as Courtney Cronin of ESPN reported on that very very about two months ago. I covered that topic in an article at the time over on our sister-site, PurplePTSD.

According to Cronin, Cook wants to be paid like one of the top running backs in the league:

“The Dallas Cowboys’ Ezekiel Elliott reset the market ahead of the 2019 season when he signed a six-year, $90 million deal that included more than $50 million in guarantees and set his annual salary at $15 million. The Rams gave Todd Gurley a four-year extension in 2018 (coming off a career-best season) worth $57.5 million with $45 million in guarantees ($14.375 million annual salary), making him the league’s second-richest running back. After sitting out the 2018 season, Le’Veon Bell signed a four-year contract last offseason with the New York Jets worth $52.5 million with $35 million in total guarantees.”

The issue is that Cronin argues that the Vikings “might” value Cook at somewhere between $8 and $10 million. That’s a pretty significant difference, and it’s also hard as someone who covers the Vikings for a living to decide which side is right.

Dalvin Cook arguably played like the best back in the NFL in 2019. Before that, though, he had only played in exactly 50% of possible games through his first two seasons (16-of-32), and considering he also entered the playoffs last season with some mystery (to us anyway) chest/collar bone injury, the Vikes could be taking a large risk by locking down the injury prone back (especially as he ages and accumulates more and more carries).

That’s not to say that they shouldn’t resign Cook. I’d argue that they actually have to. He’s just too good and with Gary Kubiak and Rick Dennison (fully) calling the shots on offense in 2020, the sky could be the limit for Cook. However, that also could mean that his price could mirror that.

Let’s hope the Vikings can figure something out.