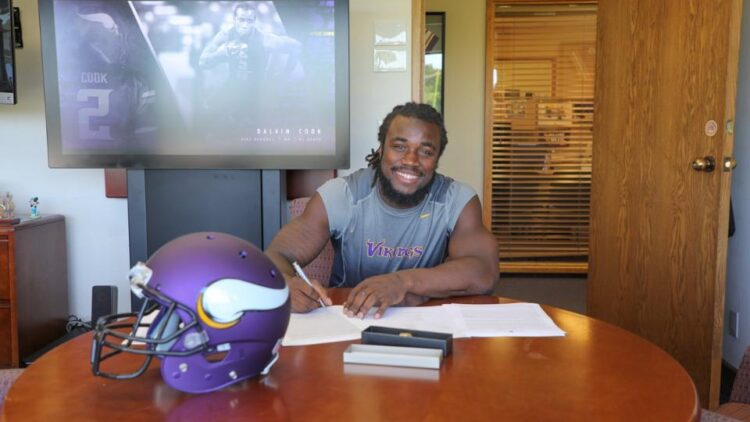 Note: This article originally appeared on our sister-site, purplePTSD.com.

Dalvin Cook has signed a new five-year contract extension that will have the star running back stay in Minnesota for the next six seasons, according to Adam Schefter, which has since been confirmed by the Minnesota Vikings.

Since drafting the RB from Florida State in the 2017 draft, he has played a total of 29 games for the Vikings. While Cook’s rookie season was disappointing due to injury, since then, he has played in at least 11 games both of the past two seasons, including missing only two games in 2019. According to Pro Football Reference, Cook has over 2,000 rushing yards since beginning his career, with a career-high of 1,135 last season and 13 rushing touchdowns coming last season. That is an exponential growth following his 2018 mark of only two touchdowns.

His workload also doubled in 2019, going from 133 rushes in 2018 to 250 in 2019. Last season Cook ranked ninth in rushing yards, fourth in rushing touchdowns and eighth in carries, and had an overall 81.3 grade from PFF.

Following his breakout season in 2019, Cook will look to have a healthy 2020 season, as well as get more involved in the pass game. If this happens, the Vikings will be able to have a sound front for their rushing and passing attack.