This Could be it for Pat Elflein 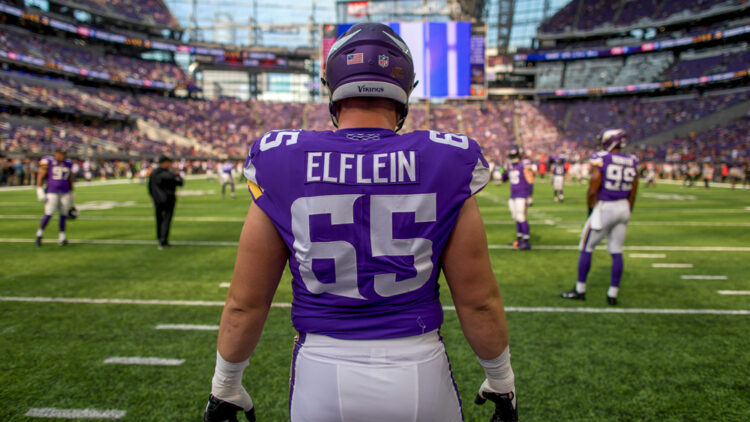 This Could be it for Pat Elflein

All of a sudden, Minnesota Vikings right guard is banged up and will visit the injured reserve list until Week 5, at the earliest. The details on the nature of the ailment are sketchy for now, but we do know the soonest he can return will be the contest at the Seattle Seahawks on Sunday Night Football in four weeks. The unverified rumor is that his thumb is the culprit.

Elflein was selected in the third round of the 2017 draft from Ohio State. Since then, he has played in 90 percent of all Vikings games and has made the rounds positionally on the team’s offensive line.

In three seasons, Elflein has played in 43 games for the franchise which is notably more than some prominent Vikings of yesteryear: Herschel Walker, Joe Kapp, Warren Moon, and Gus Frerotte. It may not necessarily feel like that, but it’s true.

It is not entirely clear who will be the team’s new right guard, although several names have bubbled to the surface. Second-year guard Dru Samia is probably the frontrunner to capture Elflein’s starting reps with the work-in-progress offensive line. Other suitors include rookie Ezra Cleveland (even though he’s a tackle by trade), Aviante Collins, Brett Jones, and Oli Udoh.

On Elflein, he has not displayed the caliber of talent or production that immunizes him from losing his starting gig. He certainly wouldn’t be jettisoned from the NFL on the whole, but this could conceivably be the end of the line for Elflein with the Vikings.

The Replacement may not relinquish his job 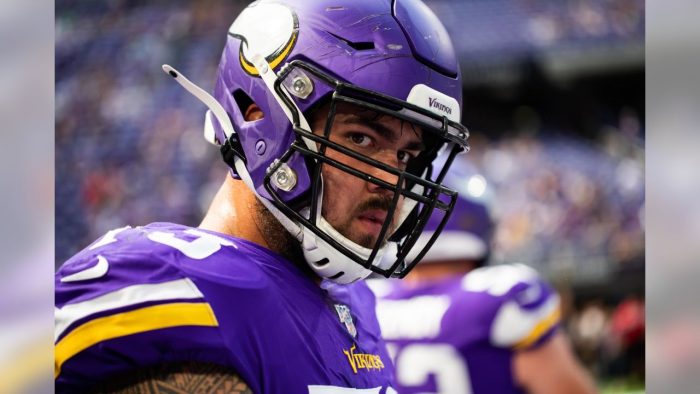 This occurrence is age-old. From Drew Bledsoe into Tom Brady, Tony Romo into Dak Prescott, or Andrew Sendejo into Anthony Harris, a hungry man occupying the reservist role usurping the starting duty is prevalent.

It’s just how sports work. Elflein’s prognosis to fall victim to this practice is accentuated. Why? Frankly, he’s not that good. If you interpret Elflein as a maturation project that has been disadvantaged by positional relocation, that is more than fair.

The Vikings drafted Garrett Bradbury to play center in 2019, and Elflein was asked to move to left guard. He did so – in varying degrees of success. This offseason, Minnesota jostled him around again; this time to right guard. Nothing went according to plan [at all] last week versus the Packers, and Elflein’s performance can be deemed as mediocre at best.

These are the stakes. Elflein is replaceable. Whether it’s Samia, Cleveland, Collins, Jones, or Udoh, one of those men many lock down the right guard spot admirably as the offensive line continues to jell in the next three weeks. In that scenario, Elflein will not regain his starter designation.

The days on Elflein’s contract are numbered 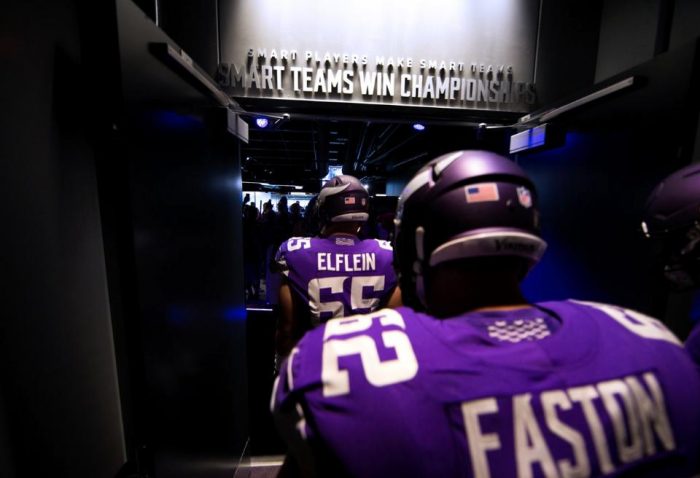 This is the most pivotal aspect of Elflein’s long-term outlook with the Vikings. He is under contract until the remainder of this season only. After that, he will become a free agent. This should have been a consequential year performance-wise for Elflein.

His 2020 campaign would determine his future in Minnesota. And, that was to be adjudicated from a production standpoint. Now, he is guaranteed to miss at least 19 percent of the regular season. That doesn’t bode well for a player that needed to unequivocally prove something.

Elflein is earning just over $2 million this season and is in the final year of his rookie contract. Minnesota has not extended him beyond this season, so this spring is truly a fork in the road for the 26-year-old.

It should be noted: This recent malady that landed him on the injured reserve list is not a smoking-gun rationale to part ways with Elflein. He just needed to be on the field and effective to merit an extension with the Vikings. It feels more likely than ever right now that 2020 will be his swan song in purple and gold.

An offensive line culture shift is in order

For about a decade, the measure stick for a good Vikings offensive line is one that is “not awful.” As long as the unit isn’t atrocious, the rest of the team (the defense recently) can put deodorant on everything.

During this period, the team has employed Adrian Peterson, Percy Harvin, Jared Allen, Danielle Hunter, Stefon Diggs, Adam Thielen, and Harrison Smith. These are the types of players that can make just enough big plays to offset a suspect offensive line.

Gary Kubiak was recently promoted to offensive coordinator when Kevin Stefanski scored a heading-coaching gig in Cleveland. Kubiak has a prolonged history of nurturing offensive lines.

The utopian vision is that he implements this tradition with the Vikings. The mentality of “the offensive line actually wasn’t horrible” is unbecoming of an organization that yearns for consistent Super Bowl contention.

It’s a harsh reality that moving on from Elflein aligns with a paradigm shift to this philosophy.