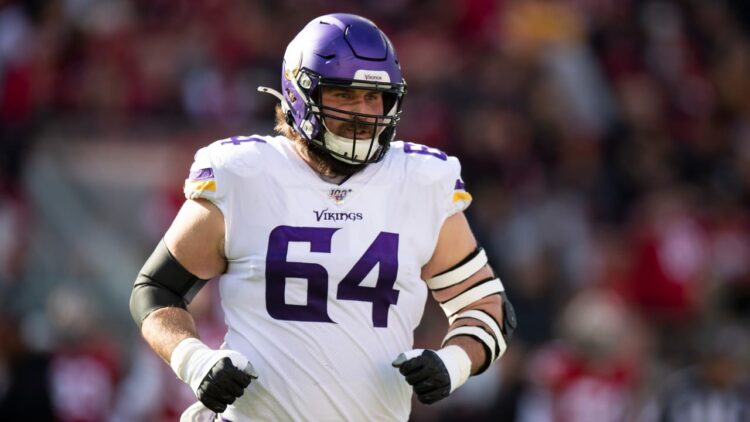 Remember me? You Will! Image courtesy of Vikings.com

After an opening weekend disaster against the rival Green Bay Packers, one of the very few positives from that game for the Minnesota Vikings was the play of its offensive line. The Vikings’ success, or lack thereof, really since 2016 has been tied to the performance (or lack thereof) of their offensive line and after an off-season, with limited investment in the unit many were thinking that once again soon-to-be $45-million-dollar man Kirk Cousins would spend most of his time running for his life. Well, like seemingly all things Vikings this season there is some bad news in that regard as it was reported by the team today that new right guard Pat Elflein has been placed on injured reserve.

The Vikings have placed starting RG Pat Elflein on injured reserve, per source.

The Vikings drafted Elflein out of Ohio State to play center, but moved him to his more “comfortable” position of guard last season, albeit the left guard spot vacated by Nick Easton. This off-season, though, they shuffled Elflein was moved to his “natural” position of right guard, and the move seemed to at least be an improvement over his objectively awful 2019 play.

This move means that Elflein will be out for a minimum of three weeks (a new designation that was added right before the season started thanks to COVID). Up until recently, a player placed on the IR would be out for the entire season, but that was amended to eight games, and now three.

The Vikings have some options to fill in for Elflein, with Dru Samia, Aviante Collins, and rookie Ezra Cleveland all being available to fill the gap. Samia seems to be the front runner as Collins lost out in the pre-season battle for the right guard spot against Dakota Dozier. Collins was subsequently cut from the team and then was placed on the practice squad after clearing waivers.

It’d be great if Cleveland could make the jump, but considering that he’d never played guard before, it seems like too much too soon. Considering the fact, though, that Samia has yet to make the jump to even compete for the guard position(s), I have limited faith that he’ll be able to even be mediocre if his number is called.

That means that the team should bring back Josh Kline, who played right guard for them in 2019 and who did so at an impressive rate. I covered the nonsensical move to release Kline in an article after the draft, the crux of which can be summed up by pointing out the following. Kline missed three games due to multiple concussions in 2019, here are the average yards-per-carry that Dalvin Cook had during a stretch last season. I’ll let you guess which three games Kline missed:

Sure, Kline isn’t the prototype of what the Vikings want at the position. They care more about getting to the second level, apparently, than actual impact in the run game or especially in the pass protection game. Kline, thankfully, is still a free agent and hopefully is in close enough to game shape to come in and build on what he and Brian O’Neill did last season.

Considering how poor the rest of the line played in 2019, the sole bright spot that was Kline/O’Neill was something the team should’ve/could’ve built upon for years to come. They still have that opportunity, and considering the fact that they have limited options at the position without Elflein (or limited positive ones), this move should be no-brainer.

I’ll also point out that many of the more “positive” Vikings media members all/mostly reacted to the cutting of Kline (to save $1.4 million while eating a lot more dead cap space) by questioning the logic of the rebuild/reboot, at least at the time. The Vikings were bleeding players left and right and most of those moves were defendable, but when Kline was released many people just put their hands up in the air and said… What are they doing?

That question will be raised again if they don’t make this move. Kline could be added for next to nothing in terms of what it costs the team. There’s a phrase, after all, about beggars and choosers and at this point the Vikings definitely fall into the former, so let’s hope they also don’t fall into the latter.