The Reclamation of Xavier Rhodes 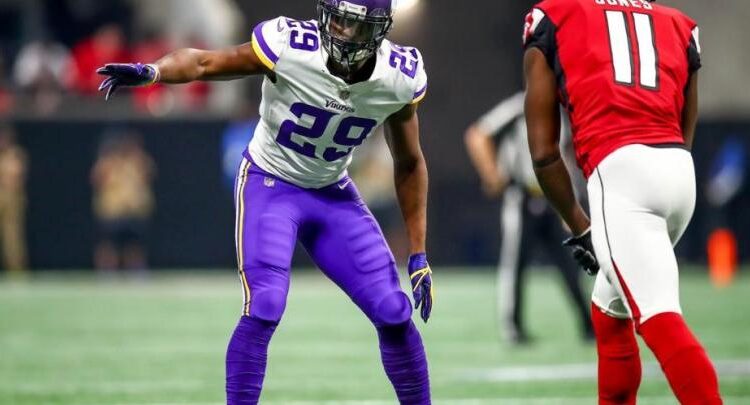 The Minnesota Vikings modified a defense from 2019 that ranked fifth in the business via points allowed. It was not a tour-de-force unit in all areas like Minnesota’s 2017 rendition. For instance, the team ranked 14th in yards allowed one year ago. The takeaways mitigated this rather mediocre standing as Minnesota yanked the ball from opponents 31 times – the fourth-most in the NFL during 2019. The team bent, did not wholly break that often, and took the ball away from the opposition.

Then the time came to blow up the group.

The Vikings poked the hornet’s nest too many times with the dollars. Annually nudging against the salary cap limit caught up with general manager Rick Spielman. It was time to jettison some familiar names and their subsequent chunky contracts. Out the door went the idyllic Linval Joseph, Trae Waynes, Everson Griffen, Mackensie Alexander, Stephen Weatherly, Andrew Sendejo, Jayron Kearse, and Xavier Rhodes. That is eight dudes that received regular playing time in 2019 – gone.

It is interpretive to decide which departed player that the Vikings yearn for the most. Everson Griffen landed in Detroit – the Vikings Week 17 opponent. Minnesota’s pass rush has been terrible in 2020, so Griffen’s usual terror would be helpful. The run defense is not ideal either, and a large man like Linval Joseph would have improved this bunch.

The exodus of Rhodes, Waynes, and Alexander was a catalyst to the complete revamping of Mike Zimmer’s secondary. It is undetermined if that paradigm shift was beneficial from a long-term perspective. The Vikings drafted two rookie cornerbacks as a contingency in Jeff Gladney and Cameron Dantzler. Both men have promising futures. But this season, the Vikings defense in totality has been abysmal.

And they particularly miss Rhodes – who has undergone a career rejuvenation with the Indianapolis Colts.

In 2018, Rhodes notched a Pro Football Focus grade of 58.2. On the PFF scale, that is fairly average (and perhaps on the “good” side of average). Last season, Rhodes dipped even further. He ended the Vikings 2019 campaign with a 46.4 score, which was code for 125th-best in the NFL. For cornerbacks that qualified, this is the extreme-bottom tier of production at the position. Rhodes played poorly in 2019, and the Vikings opted not to retain his services.

Rhodes signed with the Indianapolis Colts while Vikings loyalists giggled. Did Frank Reich and Chris Ballard not do their homework? They did – more so than the Vikings, evidently.

Now – Rhodes is back to his 2017 level of stardom. His PFF grade has rocketed to the top of the league at 78.4 – sixth-best in the industry for corners. Minnesota let, what would turn out to be, a Top 10 cornerback waltz to the state of Indiana because management decided Rhodes was a lost cause. He wasn’t. The 30-year-old has battled back to attain his “Rhodes Closed” nickname rather than terms like “washed” or “injury faker” that plagued him in 2019.

Admittedly, Pro Football Focus is not a universally accepted holy grail of football analysis. It is useful as a baseline for a player’s performance but is not an end-all.

On Rhodes, the raw statistical metrics confirm his return to supremacy. His completion-percentage-against this season is wickedly impressive. 47.8% of the time that passers have thrown in his direction, balls have been caught. The other 52.2% of plays end in incompletions. This percentage is the very best in the NFL. No cornerback in the NFL has disallowed more completions than Rhodes – reminiscent of his 2017 All-Pro campaign.

IND Maybe in Playoffs, MIN Not

Rhodes probably enjoys Indianapolis, too. The Colts are on the cusp of a playoff berth with a 10-5 record. They must topple the repugnant Jacksonville Jaguars this weekend – and hope that a team like Cleveland, Miami, or Baltimore loses its final game. Then, the Colts would head into wildcard weekend with a trip to Buffalo potentially on the docket.

Or the Colts could win the AFC South. The Tennessee Titans play the sneaky (but mostly bad) Houston Texans to close out 2020. Should the Titans lose to the Texans and the Colts defeat the Jaguars, Indianapolis will host a playoff game at Lucas Oil Stadium.

In any event, it’s a hell of a lot better spot than the Vikings reside. Minnesota travels to Detroit for a meaningless (outside of draft order) football game in Week 17. Matthew Stafford probably will not play nor will Dalvin Cook. Rhodes has a more desirable weekend of football on his agenda.

He also helped the Colts serve up the Vikings most embarrassing loss of the season in Week 2.