Takeception: Peter King has a point on Cook’s extension 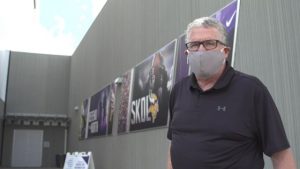 With all of the uncertainty and … nothingness this off-season, a lot of NFL writers have leaned heavily on different series to ensure they have content for people every day. Case in point, I’ve been slowly going through each YouTube replay of the games from the Vikings’ 1998 season, and I’ve also been doing my ongoing “doesn’t this guy know commas aren’t the same thing as periods?” Series since 2015.

I bring up series because I don’t want this to appear to be the second (or if I’m being genuine, third or fourth) entry in the “I disagree with Adam Patrick of TVA” series. But, I did just come to the defense of … shudder… Mike Florio earlier this week, as I believe in addressing takes not people.

Then why bring up Patrick? Well, because I also don’t want to write something about his (personal IMO) take on Florio and then follow that up by essentially poaching a story topic he came up with.

I have always prided myself on being a give credit where credit is due guy, while also thinking that if someone does something enough times that they’re labeled a hack (see: the comments in my Florio story), it should be relatively easy to shut down their points without doing so.

Let me be clear; that wasn’t me passive aggressively calling anyone a hack. I just mean that I’ve spent A LOT of time debating Minnesota sports on the internet and have dealt with a lot of “you’re so stupid!” Without the simple explanation as to why I am as such. Call it a pet peeve. My therapist calls it a complex. Tomato, tomatoe. Potato, personality disorder.

But, we can disagree on stuff and still get along online or when we avoid eye contact on the sidelines when media friendly camp returns in 2025. So, I wanted to say all of that because I like Patrick, I was even on his podcast once!

But I also don’t agree with his take on the legendary Peter King’s take on Dalvin Cook and his extension (Takeception!). But, I’ll just focus on what I agree with King about, as I would like to eventually experience this whole “friend” thing people keep talking about.

“If I were Dalvin Cook, I wouldn’t want to get paid right now because of the financial uncertainty of the NFL. I think you’ll be lucky to basically get the money that Derrick Henry got in Tennessee.

If you’re Dalvin Cook and you think, ‘Hey, I got a 40, 45 percent chance to win a rushing title this year,’ I would play it out and take my chances on a contract next year when at least next March you’re going to have a decent idea what the financials are around the NFL.”

Could. Not. Agree. More. With a caveat.

Now, Patrick didn’t agree and instead of refuting what he said, as I mainly wanted to give him credit for yet again finding great topics in this super dry off-season, while also saying that I am not on some personal vendetta or something (as I’m sure some people would’ve noticed the connection).

The newly amended COVID- CBA is all about… you guessed it. Adam Patrick! I’m kidding, it’s all about COVID. In typical NFL fashion things in that regard were so last minute that JJ Watt released a statement basically saying, what the F is going on NFL?

The new CBA addresses the salary cap first, and essentially puts a basement on the minimum salary cap for 2021 (and subsequent seasons), as depending on how bad the loss of revenue is from this season the league might stretch those losses over a few seasons.

I’ve argued that the league, or namely the team owners in the league, should just eat the losses this season as while I’m not Rob Brzezinski… How can the league do anything when they’re used to the cap increasing around $10m each season? Contracts have been offered and signed based on that assumption, or rather presumption.

Are teams going to void deals? Cut veterans left and right? What about players like Cook who are in the middle of a contract extension negotiation? If the salary cap losses extend over multiple years, is it fair his contract just happened to lapse during a pandemic?

And if there’s anything teams, especially the Vikings (who are attempting to rebuild a contender and have been very good in terms of cap space), HATE it is uncertainty.

So, you could look at the lack of movement in the contract talks with Cook as a sign that the team really doesn’t know what to do as basically every team will be over the cap after this season.

For a Vikings team that just shed a ton of contracts from core players and also signed Kirk Cousins to a two-year extension that will make his $45 million dollar 2022 salary fully guaranteed the second the 2021 season starts.

I am sure that teams are confused as to whether or not they’re really going to have to get their caps down to $175m (although that is a worst case scenario, however, with ticket sales comprising about 15% of annual revenue, it is hard to think they won’t be in the $175 range) and what that means for the above.

So it makes sense for Cook to wait as he isn’t going to get the max deal he wants, or anywhere near it, under that specter of doom. Especially as the team already extended Cousins, giving Cook even the “Derrick Henry” deal of $12.5 m a year would put his and Cousins’ contracts at $67.5m in 2022 (which is almost 40% of the $175 cap… For two people in a league that, breaking news, needs more than two people to form a team).

So what is the caveat?

King doesn’t mention the risk that Cook is taking by playing through 2020 without a deal. If he ends up with an injury that ends his season prematurely, especially one anywhere near the ACL in 2017, and hammy in 2018, his perceived value would plummet.

Cook and his agent know that, so he would be better off sitting out 2019 than playin without a deal. However, as we’ve discussed this off-season, the fines that Cook would amass would negate any 2019 salary after 28 days and he wouldn’t get that money back if or when he signed an extension with the Vikings (like the good old days… of protracted hold outs?).

Either way it looks like Cook is going to play in 2020, which means he either knows something we don’t or is doing what he can knowing that the Vikings both have most the leverage and also massive uncertainty.

This could be abated if the league, the $15 billion a year behemoth, says that they’ll negate the 2019 losses as a sign of good faith and thanks to the players who are risking life and limb during even the safest of times to bring them a ton of money.

It’d also just be good business, as the cap change would just cause a totally avoidable crisis that would force a lot of household names into an earlier than otherwise retirement and also essentially punish players like Cook who just happen to have the bad luck of having their contract lapse after this season.

Or, they could listen to me and just host the season in Europe, where they could increase their ticket sale revenue from 2019 and avoid most of the above?

Or, they could do whatever the opposite of what Adam Patrick thinks about 2021. That seems to work for me! I kid because I love.