Sportsbetting: Popular Sports You Should Be Betting On

There are some people who are fans of the Vikings, but that also take that fandom a step further by attempting to earn money off to the NFL or other major sports. With, outside of this week’s NFL Draft, sports essentially being on hold for the foreseeable future, it may be a good time for those of us that are novices in the sports betting realm to learn about an aspect of sport that had been exploding up until the COVID-19 pandemic.

Considering the amount of money that both state and federal governments have been, and will continue to spend to keep the economy (somewhat) afloat, it might not be a huge stretch for Minnesota to join states like Iowa by legalizing sports betting and taxing the tremendous amount of money that flows into sportsbooks.

Let’s take a look at what sports betting means across football, baseball, boxing, and basketball.

To start, if you’re really looking to make money betting on sports you have to look beyond just the results of the game you’re betting on by doing your research. That includes looking at past records, the status of major players on each team, etc.

You will find that in doing that research that some sports are more popular compared to the others for punters (which is what some people call those that bet on sports). 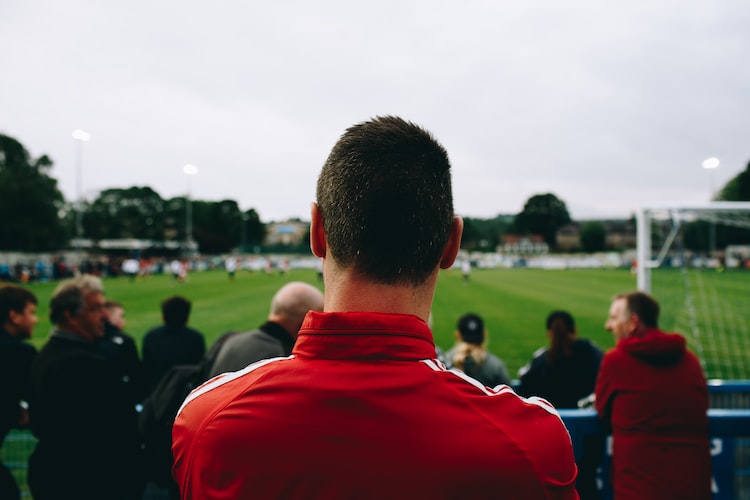 Football is the biggest sport in America and even with some of the controversies that the league has gone through in the past decade, it feels like each season is bigger than the one before it. While football is the largest sport in America (despite the failure of some of the other potential pro football leagues like the XFL), it pales in comparison to the popularity of soccer/football/futbol.

If you really want to get the best advice and make the most money, you’ll want to learn about betting on soccer (I know, that means watching and researching soccer, which somehow turned one of the more boring things in the world even more boring).

The reason for that is that you will see that some of the biggest names in any industry are watching the games with some even making live broadcasts and commentary on their different social media accounts.

These are the reasons why every season never fails to give out new sports betting milestones and even their own controversies. If you are into sports betting, you’d find that it’s no different. The flock of bettors from all over the world makes what’s at stake big and anticipated for most (which means even more potential money). This is the same for land-based and online betting sites. People just can’t get enough football, regardless of what that means to you.

Despite the above-mentioned hegemony of the NFL/soccer, it has been reported that amongst younger generations the NBA is increasingly popular. That isn’t a huge surprise considering that the NBA is a much more ME type league, with only five players being on the court at a time, sans helmets. There’s also the potential for social media-friendly plays/dunks each time a team brings the ball down the floor.

Most of the players of the game become a celebrity once they have been drafted into well-known teams. This is a popular sporting event especially in the West where people patronize different kinds of merchandise from games and the different athletes.

The NBA is especially popular because of how influential most basketball players are. They have the strongest personalities and media presence. This is the reason why almost every player ties up with a popular brand, be it shoes, clothing, or even devices. In sports betting, they also have the biggest population of hopefuls. Basketball seasons are some of the busiest seasons for any sports betting site due to the fact that it is one of the easiest to understand sports in terms of mechanics and technicalities. Even ordinary fans make their own wild predictions across social media outlets.

Speaking of sporting events that are more individualized sports, then boxing is for you. Most people like this game because of the adrenaline rush they feel with every punch thrown by the boxers every match. This is also highly anticipated especially matches among the biggest names in the industry. You would find that other sports personalities also watch the matches live because the stake is really high. It is no wonder why people also like to go betting on this sports event.

The folks at Yukbola, an online gambling platform based in Asia, have said that people like to bet on sports they are familiar with and passionate about. However, a certain degree of expertise is needed for people to be confident in betting huge amounts of money. It also takes a lot of courage and trust to be able to do that, relying heavily not just on luck but on the winning ability of the players or team they are betting on.

The favorite American pastime is also one of the favorite sports betting events. It is not just fun to cheer for homeruns, but also on that pitch that could hit the jackpot for you. This will be your biggest event in most summers since most events are offseason and some only have games on the weekend. This will hook you up if you want something to keep you busy.

Being a sports fan can also be seen in how much you entrust your money on players you probably have not met yet. This is an opportunity for you to do something you enjoy while possibly earning some loot as well. Online sports betting has been continuously evolving and innovating since the early days, and betting sites today have so much more to offer than they used to. The top sites in particular just keep on getting better and better, so it’s no surprise to us that online betting continues to increase in popularity. If you are a fan of these sports, you can surely make a bet for it and the way things are going it’s looking like you’ll be able to place those bets in Minnesota as soon as things return back to normal… In 2022.