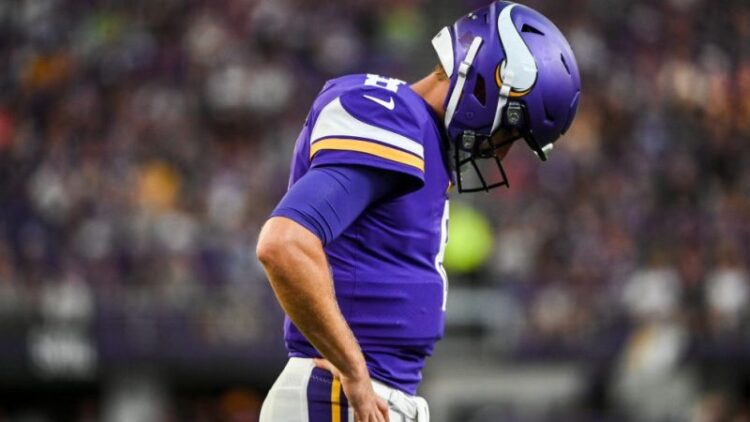 The Nano Column -(You can read it while at a stoplight, during a commercial break or when dropping a deuce.)

The Vikings are the NFL version of a 🐓tease. They get you all excited, only to disappoint.

Since their inception, the Vikings have found ways to stab a shiv into everything good that comes their way.

It started with their very first game in 1961 when they beat the storied Chicago Bears. Fans were stoked … and then the Vikings lost 11 of their next 13 games.

It has continued through the years and into this season.

After winning five of six games and lifting themselves into the NFC’s seventh and final playoff spot, the Vikings did what they always do just when things are looking good. Screw up and screw the fans.

This trend goes back decades and has impacted all coaches, players and owners. Even the Purple People Eaters coached by Hall of Fame coach Bud Grant could not handle success.

Perhaps you’ve heard they lost all four Super Bowls they played in.

Pick any Vikings team from any year and you will pick a team that couldn’t close the deal. Many big games stand out.

Veterans of those Super Bowl teams have complained over the years the coaches scrapped what got them there and revamped schemes and strategies.

— The ‘87 team that lost in the NFC championship game when Darrin Nelson thought an end-zone pass intended for Anthony Carter was meant for him.

— The ‘98 team that lost in overtime of the NFC title game after coach Denny Green told quarterback Randall Cunningham to take a knee and play for OT even though that batch of Vikings was the most prolific scoring team in NFL history.

— The 12 men on the field in the closing moments of the 2010 NFC Championship Game that would have sent the Vikings into the Super Bowl with one of the all-time great feel-good stories — Brett Favre’s comeback. Even Favre couldn’t overcome the Vikings’ stained history of eff ups.

— The collapse in the 2017 conference title game that would have allowed the Vikings to host and play in the Super Bowl.

The Vikings still had a chance Sunday to keep their playoff chances on life support but — what a shock — they lost to the Bears.

There will other big games in the years ahead, as well as more teasing and disappointments.

Bob Sansevere does “The BS Show” daily podcast that also is broadcast on KDAL in Duluth, WNMT in Hibbing and WBHR in St. Cloud.