Rick Spielman Shut Down Diggs Rumors Hopefully Once and For All 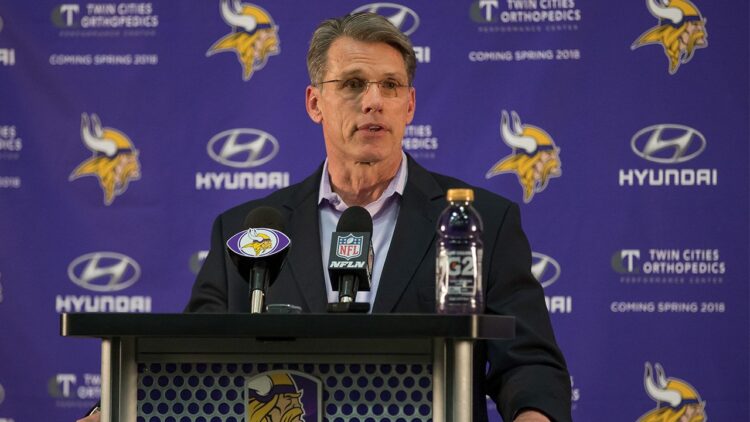 I started today planning to talk about a friend of the site Chad Greenway’s comments about Stefon Diggs and the trade nonsense that has been linked to his name for the majority of the off-season. My plan was to write about his comments on KFAN, then text him to see if he wanted to clarify things so I could write about it tomorrow.

If you haven’t read my thoughts on the Diggs trade, I’ve essentially spent three different articles explaining why all of the justifications people have used this off-season made no sense and why the team would never trade away their most dangerous offensive weapon. I won’t get back into it, but you can read those articles here:

Greenway’s comments added some new angles or justifications that I hadn’t considered, namely that Diggs has a problem not being “the guy” and thus with his previously presumed BFF, Adam Thielen. Then, seemingly out of nowhere, Vikings general manager Rick Spielman spoke to reports at the NFL combine today and shut down those rumors, hopefully once and for all.

Speaking about Diggs Spielman stated that he was a big part of the Vikings both on and off the field and that going forward he’d continue to have a big role.

I’ll let you see if for yourself:

“Stefon last year had probably his most productive year, and he’s a young receiver we just extended, he’s not only a major part of our offense and a major part of our organization winning games, but he also does a lot of things for this organization off the field as well. There is no reason or the rumors or whatever you’re talking about to anticipate that Stefon Diggs is not going to be a Minnesota Viking.

When you have some of the offensive talent that we have with him and (Adam) Thielen together and with (Kyle Rudolph) and Irv Smith and Dalvin Cook and (Alexander) Mattison, we have a pretty good support cast around our quarterback.”

So, since I wrote about it already, let’s take a look at what (again, friend of this site and purplePTSD.com) Chad Greenway said about the Diggs situation on KFAN over the weekend:

“Listen, I played with Stefon, You get him to the side, he is a great dude, locked in, but he needs the attention, there is Thelien and then there is Diggs and I can tell you, that does not sit well with Diggs.”

Spielman touched on that concept at the combine, as well:

We’ve always known that there was a healthy rivalry or competition between Diggs and Thielen. But this makes it seem as if it’s an unhealthy rivalry. Now, I wouldn’t claim to know more about how Diggs operates than someone that has played with him personally, and I believe that his behavior in the Saints game did show that he cares more about HIS numbers than the fact that the team was winning at the time on the road against the supposed best team in the NFC, that they were playing in a playoff game, and that he had been paid a ton of money already and thus couldn’t be upset about his lack of catches in that game affecting his paycheck (in the future).

However, the team has the last say when it comes to Diggs and while he’s been lashing out on Instagram lately, he’s been doing that for a while. Like the team said last week, that’s just who Diggs is. Fortunately, Diggs is also a guy who was good for over 1,100 yards in 2019 and six touchdowns. If you were to look at the PointsBet Sportsbook is now live in Iowa, you’d know that the Vikings’ chances to make it to the Super Bowl in 2020 are much better with Diggs than without him.

Enter Gary Kubiak. The man who helped the Broncos win a Super Bowl and capitalize on a great defense by creating a great offense. As I explained in my above-linked Part I about how trading Diggs would be a nightmare. People think that Kubiak’s “Two Tight End” system makes having two dominant receivers redundant and a waste of cap space. In 2015 (and every other year that Kubiak has been either a head coach or offensive coordinator), the most important duo or offensive player group is and has been the wide receivers (namely the top two wide receivers).

In 2015, when Kubiak and the Broncos had receivers Demaryius Thomas and Emmanuel Sanders, nearly 70% of passes went their way. 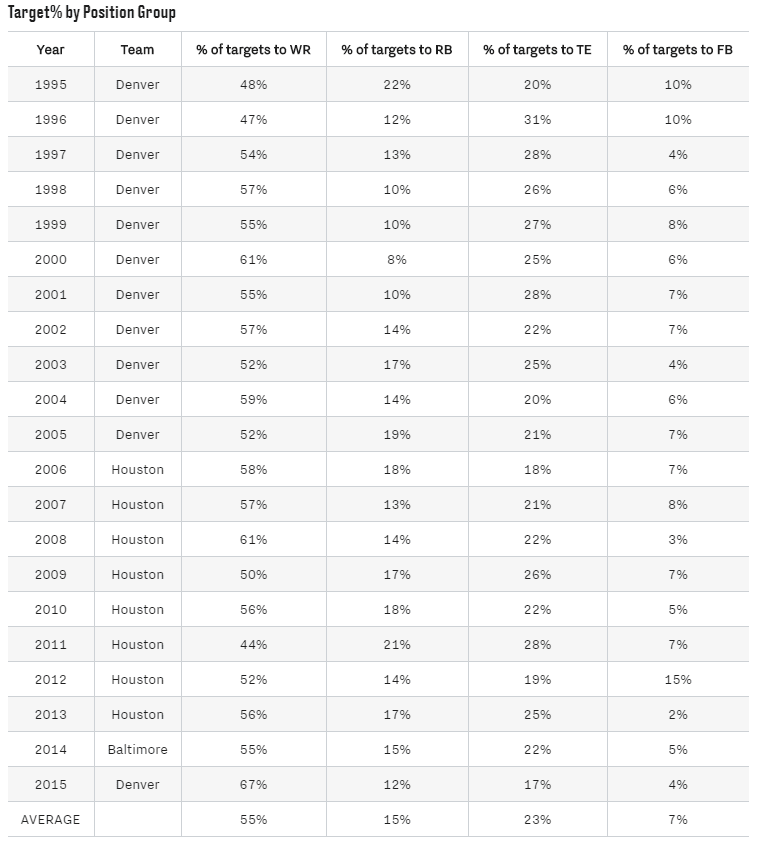 Image Courtesy of MileHighReport.com and MS Paint, because I suck at this.

So, just imagine Diggs and Thielen under Kubiak. With hopefully a good enough offensive line to give quarterback Kirk Cousins time to get them the ball. The problem with the 2019 Vikings is the same problem that this Vikings team has had under Zimmer in perpetuity. The offensive line. The line was 27th in the league against the pass rush according to PFF in 2019, so if they can improve upon it in 2020 and keep Diggs, they might have a chance to not only turn things around, but do something no Vikings team has ever done.

Or, they can let Diggs go and begin to rebuild.

Considering that 2020 is the last season of both Zimmer and Spielman’s contracts with the team, it’s not hard to see why Spielman would say what he did above at the combine. Why would he hurt his own offense in his contract year? He wouldn’t, and clearly he isn’t going to.

So… Let’s stop talking about it, maybe?