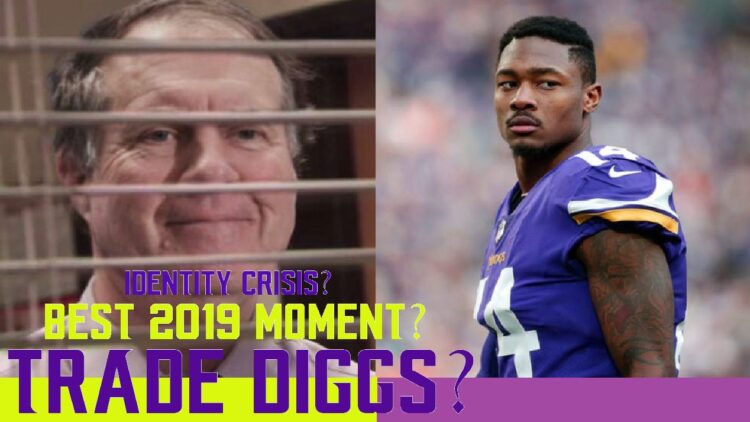 Looking for some Minnesota Vikings news? While the Super Bowl only ended a little over a week ago, it feels like the off-season has been here for a ‘Sandlot’ FOR-EV-VER. Maybe it’s just me, as any wide receiver trade “rumors” tend to age me like a Jack-O-Lantern (or is it Jack O’Lantern (or is Jack O’Lantern an ethnic slur (See? what I mean about this off-season?))) in December. Either way, while it may be the off-season, that doesn’t mean that we here at purpleTERRITORY Media have stopped covering the team we all love (because *looks over shoulders* they won’t let us)!

I kid because I love.

There are actually a lot of great things to talk about right now, and really all off-season (at least until that awful gap after the draft and before mini-camp…)

But that time is still far, far away even if it does feel like mid-May around here with all of these media created trade rumors.

That’s the top article you’re missing over at purplePTSD.com!

Trading Diggs would be a Nightmare Part 1: The ‘Two-Tight End’ Myth

Next up? The FULL bingeable ‘Best Vikings Moments of 2019’ series!

Don’t fret! As there’s another one that still has new articles in the hopper!

The Vikings are on the verge of an identity crisis II: What about Dalvin Cook?

The Vikings are on the verge of an identity crisis

You can discuss this, these and all purpleTERRITORY Media articles on our message board, which is so new that it still has that new message board smell (soon to be replaced by internet message board people smell, which is surprisingly non-musky)! Click Here to check that out and ‘Create an Account’ on the top menu to… Order a purplePTSD January Jack-O-Lantern? No, to join!).