Perhaps it’s time to pump the brakes on the Jefferson hype? 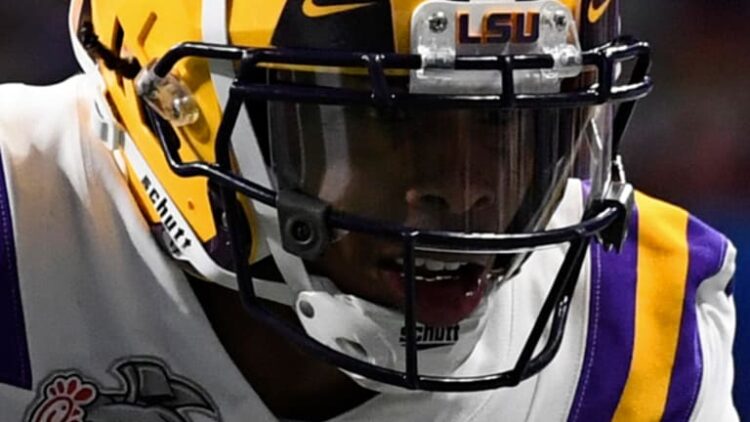 I will preface this: I’ve been pretty ‘meh’ about the Justin Jefferson pick since April. I don’t want to bog you down with a summation of my malaise, so I’ll just sum it up by pointing out two things.

Jefferson ran unchecked out of the slot in 2019. So, I have and have had concerns about his ability to adapt to press coverage in the NFL, for example.

Beyond that, and despite what most in Vikings (and national) media said about Jefferson AFTER the draft…. Most called it a reach by the Vikings at the time. Somehow, that transformed into the very Treadwellian “Most Pro Ready!” label that Jefferson developed before camp.

Okay, three points. Also, Spielman has taken multiple receivers in the first round (from the SEC btw) and none have been extended beyond their rookie deals.

That having been said, I did just write a post about Jefferson and his apparent knowledge of the offense and how the Vikings were lining him up everywhere.

But, like the literal not only day but HOUR I finally relented and wrote that Teddy Bridgewater was the future (as he had seemed to correct his throwing motion to get more air under his passes on deep routes), any hope I had was quickly replaced by conflicting news. In Teddy’s case I found out minutes after my post that an ambulance had been called for him at Winter Park. Jefferson?

Of the Athletic wrote this yesterday:

“Meanwhile, while Jefferson is capable of spectacular plays, he hasn’t shined against the second-team defense quite as much as you’d expect. His future is still plenty bright. But it’s not a given that he’s the No. 2 wide receiver Week 1.”

It’s early. I raised some concerns about Treadwell’s drops at OTA’s when he was a fresh faced yet “pro ready” and consensus “A+” pick, and that aged great.

So, it is a bit concerning that Jefferson isn’t shining as much as you’d expect (a subjective standard), because the Vikings have a lot of question marks and cardboard cutouts of Trae Waynes behind their starting corners.

You’d think that a shoe-in receiver would be able to dominate this Vikings defense and it’s depth or lack thereof. Especially when coaches have lauded Jefferson for his knowledge of the offense.

That can only mean that he is acclimating to,

You know, actually physical contact at the start of his routes. Which, if I recall correctly, was something I said and was railed for.

That probably means that, especially without the benefit of pre-season games, Jefferson will start the season as the third receiver behind Adam Thielen and Bisi Johnson. With new offensive coordinator Gary Kubiak recently saying that he’d consider all four top receivers starters, that isn’t the worst thing.

Unless Jefferson solely runs out of the slot and limits Thielen’s slot access. Thielen is arguably the best slot receiver in the league, and does a lot of damage down the field from there. So with deep threat Stefon Diggs living his dream in Buffalo, that could hurt the passing offense at it’s (second) weakest point (see: the offensive line).

Again, it’s early. But for a team that needs Jefferson to develop quick, this isn’t the best news.