Once again the Vikings find themselves sans a WR3 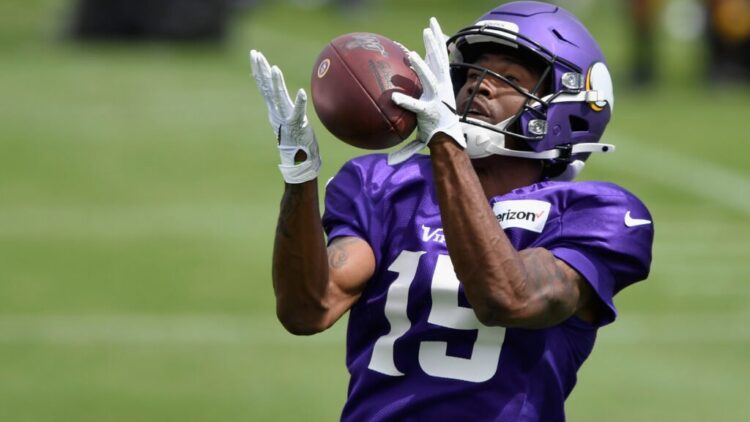 Note: This article originally appeared on our sister-site, purplePTSD.com! Check out that site, and our … Brother site, PurpleTERRITORYradio.com, every day for all your Minnesota Vikings tomfoolery/news/podcasts!

Once Again, Vikings have no WR3

The Adam Thielen-Justin Jefferson twosome has already ignited excitement in Minneapolis, even for a team that dangles a 1-3 record. Much suspense surrounded the selection of national-champion-from-LSU Justin Jefferson in the NFL draft. His job description is lengthy as he is tasked with replacing Stefon Diggs, who was sent to the Buffalo Bills for draft picks last spring.

So far, so good. Jefferson has tabulated 348 receiving yards in four games, a feat that is especially impressive because the 21-year-old was an afterthought target in Weeks 1 and 2. Jefferson’s receiving-yard output is the most by a Vikings rookie throughthe first four weeks of a season in team history – more than Randy Moss, Percy Harvin, Sammy White, and everybody.

While the Jefferson Hype Train is in full motion, stablemate Adam Thielen is quietly relishing his role as an alpha male. Thielen is second in the NFL with four receiving touchdowns, and he is on pace to top 1,000 yards as he did 2018. The duo has an eerily reminiscent feel to that of Thielen and Diggs. It is particularly remarkable because Jefferson wasn’t “supposed” to make this type of impact this quickly. A solid season by a rookie wide receiver is in the neighborhood of 700-800 yards. Barring injury, Jefferson will eviscerate that forecast – perhaps by Election Day.

Ergo, Vikings faithful ostensibly know that the Thielen-Jefferson tandem is legitimate and formidable. Tight end Kyle Rudolph is making his version of an impact, one that generally entails clutch catches. And, Dalvin Cook is churning up yards on the ground and scoring most of the team’s touchdowns.

But where are the complementary wide receivers? 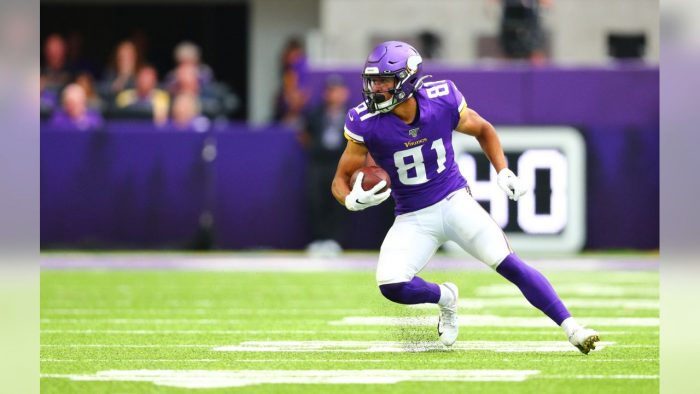 Thielen and Jefferson have been targeted a combined 51 times by Kirk Cousins. It’s been vividly profitable as the two men have 632 receiving yards between them. Heck, they have even been tapped by Pro Football Focus as the NFL’s two best wide receivers through four weeks vis-à-vis the entity’s grading system.

The success courtesy of Thielen and Jefferson is undeniable, but then there is a dangerous drop-off to the next wide receiver(s). Bisi Johnson, Tajae Sharpe, and Chad Beebe have been targeted a diminutive 10 times – for 87 yards. The Vikings offense has indeed been humming, to an extent, on the backs of Thielen, Jefferson, Cook, and Rudolph. Nevertheless, the WR3 participation has been nonexistent and close to laughable.

The role of a traditional WR3 is to grab crucial third-down catches and score about four-to-six touchdowns per season. It might still happen for these Pandemic Vikings. Through four weeks, though, you can put the WR3 position in bold font on a purple milk carton. 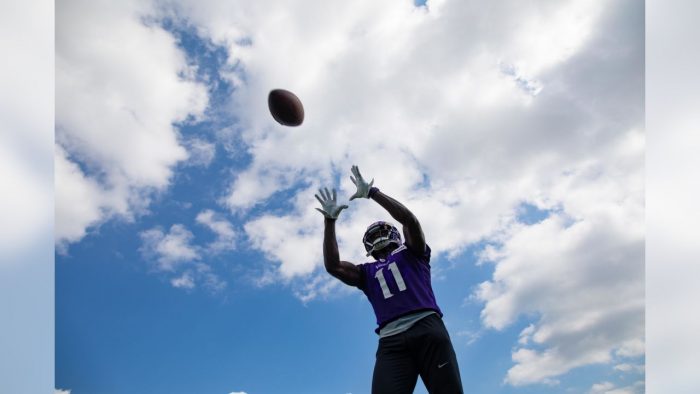 Thankfully (sort of), the Minnesota Vikings are accustomed to this. The team drafted Laquon Treadwell in the 2016 NFL Draft and allotted him four full seasons to blossom. He never did. Treadwell did an astute job blocking downfield and seemed to be a genuinely good guy, but he did not make an impact in the Vikings passing game.

The last time a wide receiver not named Adam Thielen or Stefon Diggs had more than 400 receiving yards in a single season was 2016. Also a high draft pick, that was now-Chicago Bear Cordarrelle Patterson with his 453 receiving yards four years ago.

So, the Vikings are implementing the habitual tendency associated with a Mike Zimmer-led offense. Trust the WR1 and WR2, blatantly ignore a potential WR3, and hope for the best. This strategy has worked to a degree since Zimmer came to Minnesota – the Vikings have the league’s eighth-best record in the timeframe. But, a lot of those wins were inspired by stout defensive play. 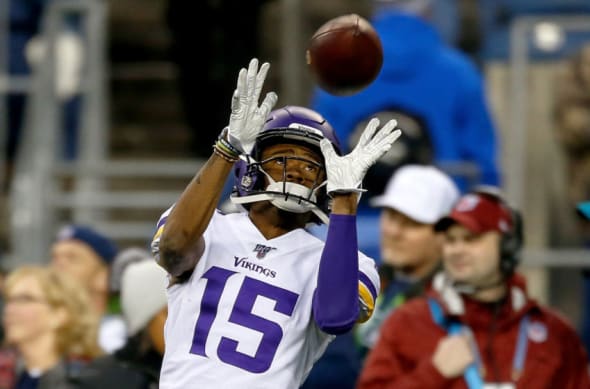 It’s in the eye of the beholder if this strategy is a lucrative or detrimental one. Minnesota enjoys using Dalvin Cook (or JerickMcKinnon in year’s past) in the passing game, and those ball-talented were capable of picking up the receiving slack. Too, Minnesota has a couple of highly-touted tight ends in Rudolph and second-year Alabama alumnus, Irv Smith. Jr. The idea is that Smith Jr. could serve as defacto WR3 – if the Vikings ever decide to utilize him in the offense.

The other option is practice squad wideout. Alexander Hollins. He’s a 24-year-old in his second campaign from Eastern Illinois University. He saw a smidgen of playing time toward the end of 2019 and even played in the Vikings upset over the New Orleans Saints in the NFC Wildcard playoff game.

For now, Hollins lives on the practice squad. He was a noteworthy talent at Eastern Illinois, and by some accounts, played quite well in training camp. Hollins could inject vigor into the WR3 kerfuffle if given the chance.

Otherwise, the Vikings live in a world without a productive WR3, one that most folks thought was a Laquon Treadwell-driven malady.

Maybe the lusterless WR3 output was a Vikings propensity rather than a Treadwellian one.