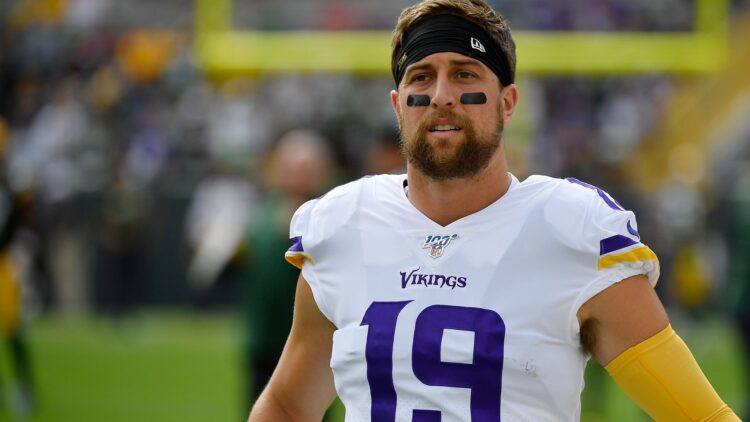 The Vikings loss on Sunday was ugly and painful for multiple reasons, but none more so than the fact that it took them out of the current playoff picture. After their dominant win over the Giants, the Cardinals officially reclaimed possession of the seven seed, and Minnesota’s path to the postseason has become very bleak. Here are a few numbers breaking down the loss.

You can’t talk about this game without talking about the fact that Dan Bailey basically single-handedly took the Vikings out of this game. In fact, kickers being off their game was a major theme throughout the league on Sunday.

No performance was as flawed as Bailey’s, though. He kicked four times on Sunday and missed every single one. By himself, he cost the Vikings 10 points on Sunday in the 12-point loss. Minnesota would have been much less pressed throughout the game to score if Bailey had simply made his field goals.

The Buccaneers run defense has been one of the best throughout the year. The Vikings torched them on Sunday. They gained 162 yards on the ground, a season-high for Tampa’s defense. Dalvin Cook was the first 100-yard rusher against them, and even Kirk Cousins was getting involved, rushing five times for 41 yards. Had the game been closer on the scoreboard, they would have been able to use Cook even more, but since the deficit got to double digits, the Vikings were forced into more passing situations.

The one thing you cannot do when facing Tom Brady is bail him out. The Vikings did that all too much, and a big part of that was penalties. They were penalized five times for 71 yards. The biggest that comes to mind was the 46-yard DPI call against Jeff Gladney at the end of the first half.

The penalty was on a hail mary to Rob Gronkowski, and while the play would have (should have) ended the half, the (bad call) penalty gave Tampa one more play. They kicked a field goal to make the score 17-6 going into halftime and immediately came out of the half and scored a touchdown, grabbing all the momentum.

The Vikings receiver duo of Justin Jefferson and Adam Thielen came into this game averaging a combined 141 yards per game. Tampa needed to do their best to stop them in order to win on Sunday, and they did just that.

The duo each gained just 39 yards, for a total of 78. Cousins was forced to use his other receivers a lot more than he probably would have liked to. 10 different Vikings had receptions in the game, and while that is usually a good sign, you would have much rather seen the ball getting put in the area of Thielen or Jefferson.

One of things I said Minnesota needed to focus on was getting pressure on Tom Brady. They failed to do that. Brady wasn’t sacked a single time in this game. In fact, this is the first time Brady hasn’t hit the turf since week seven against Las Vegas. Before this week, he had thrown seven interceptions in the five games since that game against the Raiders, and it had a lot to do with pressure that teams were able to put on him.

On the other hand, the Vikings offensive line failed to protect Kirk Cousins, especially on key downs. Cousins was sacked six times, and four of them came on third or fourth down. Sure, some of that is absolutely on Cousins failing to get the ball out of his hands, but it would have certainly helped if his O-line gave him even a little time to throw.