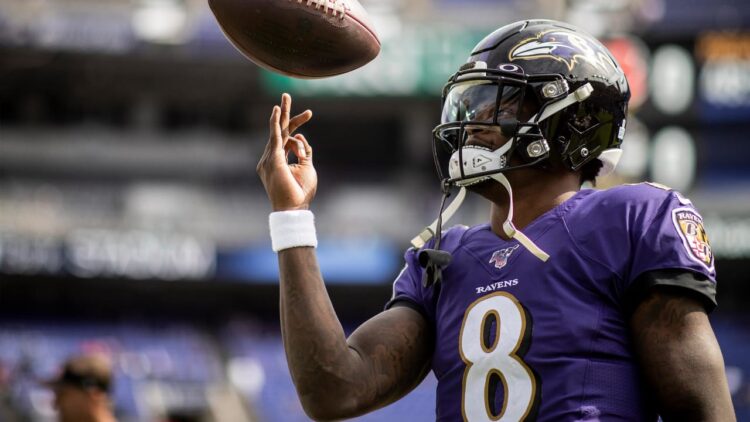 Another week of football was capped off by an all-timer on Monday Night between the Ravens and Browns. In this week’s rankings we have a new team emerge into the top-five, and two new teams break into the top 14, a.k.a., the playoff teams. Make sure to leave any thoughts down below!

Buffalo did absolutely everything right against Pittsburgh. Their defense did an incredible job of stopping the run and containing the Steelers’ dynamic receivers. Then, their own offense weathered the storm against an elite defense. If Josh Allen stays as composed as he did in this game, Buffalo will be a very tough out in the playoffs.

The Packers made this one against the Lions a little closer than it probably should have been, but that will happen with division rivals sometimes. At the end of the day, they got the win and moved into the number one seed.

Uh oh. I gave Pittsburgh the benefit of the doubt last week, since they basically played three games in two weeks. That said, Buffalo just looks like a better team right now. It’s weird to see given our stigmas about the Bills, but Roethlisberger was forced into bad throws, and they just don’t have a very good run game.

The Browns may have lost, but you have to walk away from that game feeling good about them, at least offensively. It seems like Baker Mayfield is playing much more freely this season, and his production has been great. Combine him with the Kareem Hunt/Nick Chubb combo and a defense that is usually great, this team is going to be one of the favorites to get to that AFC Championship Game.

The Taysom Hill experiment has been fun over the past few weeks, but defenses are starting to figure out he’s just not that great of a passer. It’s also concerning that the Saints defense could not figure out how to beat rookie Jalen Hurts’ dual threat ability. Given that the Saints probably have to play either Arizona or Seattle at some point in the playoffs, teams with QBs who can run the ball, it’s something to be wary of.

The Bucs may have gotten the benefit of a few questionable calls, and Dan Bailey had the worst game of his illustrious career. However, their front seven did a good job of putting pressure on Kirk Cousins. While Dalvin Cook is the first player to break 100 yards against this defense, they did not let him run completely wild like Green Bay did.

I’d imagine the Rams have had the New England game circled on the calendar for a while. They played like it on Thursday, anyway. Cam Akers was incredible, and the defense did a great job of stopping Cam Newton’s offense from getting any momentum.

Jonathan Taylor ran all over the Raiders on Sunday, piling up 150 yards and two touchdowns. With that production, all Philip Rivers needed to do was take care of the ball, and he did just that. The defense also came through with some key plays, including two picks of Derek Carr.

The Seahawks did what teams have been doing all year: they beat up on the Jets. It would have been concerning if they didn’t blow this team out. That said, having Chris Carson back definitely improves the offense. Not relying on Russell Wilson to do absolutely everything makes this team much more dangerous.

The Ravens are back, folks. They’ve definitely been playing better since Lamar Jackson came back to the lineup from COVID, and it culminated in them being in the game of the year against Cleveland. This offense is running seamlessly and looks identical to the 2019 team.

Derrick Henry got back to his normal self, and Tennessee rolled to a win. I know, Jacksonville is a one-win team. However, the Titans’ dominant victory is more impressive given how much trouble the Jags have given other playoff contenders this year.

This was a nice bounce back win after a few rough weeks. New York has been making some noise against opponents, and Arizona went in and dominated. Kyler Murray played very well, and Kenyan Drake also bounced back after a disappointing week 13.

Washington has some obvious issues at quarterback if Alex Smith isn’t ready to go next week, but this defense is superb. They scored two more touchdowns this week, moving themselves into the playoff picture.

Miami’s defense definitely made things difficult on Mahomes early in this game. They forced two first quarter interceptions and got a good performance out of Tua. There just isn’t a team built to compete with the Chiefs when their offense is flowing like it was in the second half. With how the Patriots have looked, they may not need a Miami Miracle to win next week.

If Mitch Trubisky played every game like he did against Houston, Chicago wouldn’t have quarterback issues. However, Houston’s defense is bad, and he just doesn’t have the consistency that can actually let this franchise put their full trust in him. Next week, he has to go into Minnesota.

The Raiders seem to be in a bit of a free fall after their Kansas City a few weeks ago. Derek Carr has been far too inaccurate, and Josh Jacobs has not been nearly the same player since his injury. That Jon Gruden defense hasn’t been effective, either. They’ve given up 25 or more points in six of their eight games since their bye.

Cam Newton’s struggles have been horrible; it’s gotten to the point where he can’t complete 10-yard passes. The Pats have lost seven games for the first time since 2002, and they may have lost their playoff chances in the process.

When your offense lets the opposing defense score twice, it’s really hard to win. San Francisco turned the ball over three times, and they never got any sort of rhythm going. It was also surprising to see Raheem Mostert get so little work out of the backfield, carrying just 14 times.

Drew Lock gives me a very similar feeling as Mitch Trubisky. Shows flashes, but he’s just not reliable. Nonetheless, he was great this week in the win, and the defense held Carolina to just 10 points through three quarters.

If Jalen Hurts can do what he did against the Saints every week, the Eagles have a gem at quarterback. He rushed for over 100 yards, and with New Orleans’ defense giving him so much focus, Miles Sanders also broke free a few times.

The Vikings played very average on Sunday. Unfortunately, average is not good enough against this Tampa Bay team. Throw in the missed kicks from Dan Bailey, and it was a rough day for Minnesota.

It got ugly at times, but the Choker Bowl went to the Chargers. The defense locked down and shut out the Falcons in the second half. It was just enough to let Mike Badgley hit the game-winning field goal.

The Giants fumbled or punted on all seven of their first half drives, and by then, Arizona had jumped out to a 13-0 lead. Daniel Jones had a bad game, which is concerning against a Cardinals defense that has had its issues.

We know the defense isn’t good, but this game just really came down to the fact that Deshaun Watson has no one to throw to anymore. Brandin Cooks was out this week, and Coutee had a much more difficult time finding openings against Chicago.

Dallas forced three fumbles in the first quarter. That was all it really took for Dallas to take control of this game, and they won in a fashion that they should have against this banged up Cincinnati team.

The game came down to a final drive, but poor execution allowed Denver to escape with a win. Carolina’s offense played well for most of the game, but that defense has struggled all year.

Detroit matched scores with Green Bay most of the night, but if there’s one thing you cannot do, it’s let Aaron Rodgers go up by two scores in the fourth quarter. They did that, and it proved to be the difference in the game.

Atlanta truly is the ultimate choker. A second half of zero points and three Matt Ryan interceptions are the reasons behind it.

We’ve been over this before. Cincinnati’s offense just isn’t the same without the Joes. This loss is good for them in the long run anyway as it moves them over so closer to the third overall pick.

The Jaguars seem to have gotten sick of Mike Glennon as we saw Gardner Minshew make his return to the field. He came in during the third quarter, and Jacksonville immediately scored a touchdown. However, they were already down 31-3 at that point.

The Jets are the first regular season opponent to be held to three or fewer points by the Seahawks since 2016. It’s also the first time the Jets were held to three points since…November 29th.