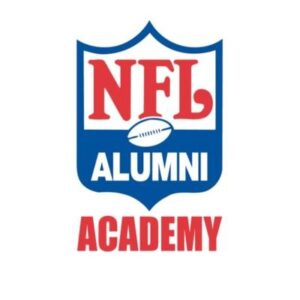 We recorded the second episode of ‘The VikingsTerritory Breakdown’, our brand spanking new radio show on KDLM in Detroit Lakes, earlier in the day than usual as our resident West Coaster co-host Mike Tice happened to be an hour ahead as he was in Canton, Ohio, which is obviously known for one major thing: The GetGo Cafe chain of gas stations!

Which apparently is a gas station that delivers it’s food via Door Dash? Cause when you have every food option in the world courtesy of the internet and apps like Door Dash, Bite Squad it Amazon Now, lord knows you’re going to use it to order a gas station sandwich.

Obviously I’m joking as Canton is known for the Pro Football Hall of Fame, but soon it my be more well known for another NFL related organization.

Each year, on average, over 500 active-roster NFL players get injured and while teams have back-ups and practice squads there is still a tremendous need for a developmental source for teams and players alike.

That’s where the NFL Alumni Academy comes in. The academy is an invitation-only, in-season training program that aims to prepare free agents and/or prospects for a shot at the NFL. The group notes the more than 500 active-roster players that are lost to injury each year, and it sees it’s goal is to create a way to fill the void while giving over-looked players a second-chance.

Tice, along with other coaches Dean Dalton or Steve Smith, do and players like former Vikings running back Moe Williams, have helped nearly 20 players land contracts, a number Tice discussed on our show.

When our third co-host Joe Oberle asked if Tice was surprised that they had that much success in their first year Tice said that they actually expected more but with COVID restrictions (on quarantining players from outside the NFL “bubble”, etc.) being what they are they haven’t landed as many contracts as they otherwise expect when things normalize.

That number will naturally expand when the NAA represents every position on a team’s 53-man roster. For 2020, only offensive and defensive linemen, and running backs have been invited to join. Beyond that, the changes to the CBA that occurred due to COVID allowed teams to add more veterans to their practice squads which has taken precedence over the NAA’s players (for now).

COVID hasn’t been all negative for the NAA, though, as the virtual access needed to maintain the league/NAA’s separate bubbles.

The NAA shares video workouts of each of it’s players on a portal that is solely accessible by NFL personnel departments, which wasn’t originally the plan but has most likely increased the efficiency of the process and the amount of contracts signed.

“Our players are evaluated in real time every day, and teams know they are healthy and in shape. And so when they bring them in, they know they are getting guys who football-wise, they are at a higher level.”

I essentially mentioned the obvious to Tice on our show, that it’s odd that the NFL is a league with the most: players per team, positions, injuries, turnover, etc. But the only major professional sport without a developmental league.

“The fundamental thing is we needed to have better NFL-ready players available,” says Dalton (who Vikings fans will recall was the running back coach for the Purple from 1999-2005) “In all other pro sports, there is some sort of feeder system or minor or junior league. All the college programs are our feeder system into the draft, but we don’t have an in-season model.”

The thought is that the NAA will increase the level of competition in the league, or for the teams that sign it’s players.

In that regard Dalton expanded:

“It is tough to have a good pipeline of depth in season. The saying is true, that ‘championship teams have championship depth.’ The bottom of their roster is a little more talented. When you have the next-man-up program, if your guy is better, you have a chance to play longer into the playoffs.”

“… the game will have a better quality of product. Oftentimes, we see players who are supremely talented, but they fail because of, say, off-field issues, and the whole thing we work on is the life skills aspect. That is a big value proposition for a team. We teach the guys and talk about that on a daily basis.

“We are modeling this after what a team does, and it is in season. We want the guys to have the same rigors of what goes on in an NFL week.”

Especially after attempted NFL developmental leagues have failed like NFL Europe or more recently the All-American Football League, the need for something like this seems like it’s pretty far overdue. If a player isn’t drafted out of college, for example, it mostly falls on them to stay in shape almost exclusively. They can watch film like anyone with an All-22 account, but it’s in everyone’s best interest as we’ve established to create a system that does more then keep guys physically ready and the more I think about it the crazier it seems that it took until 2020 for this to become a reality.

Tune into ‘The VikingsTerritory Breakdown’ each Wednesday @ 7:00 on KDLM Radio in Detroit Lakes/Fargo (KDLMradio.com) or on VikingsTerritory.com! Click here for the full episode referenced above…