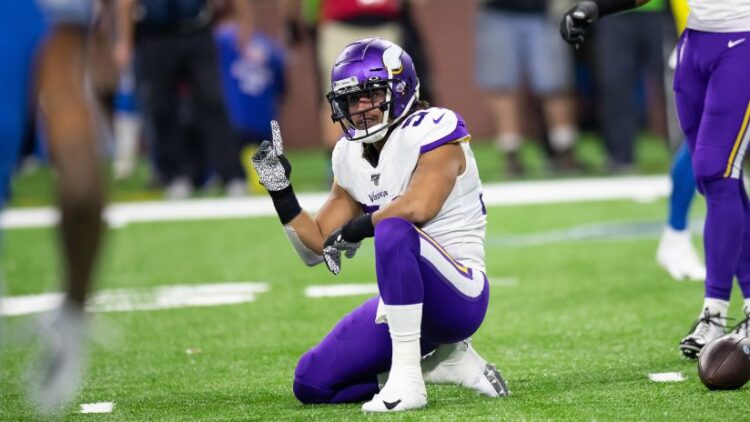 Five Minnesota Vikings were added to the NFC’s Pro Bowl roster on Tuesday, the team announced.

The game will take place this Sunday (1/26) at 2pm and will be televised on ESPN. It will be held at Camping World Stadium in Orlando, Florida.

This is Cousins’ second selection to the Pro Bowl and first as a Viking. In 15 games this season, Cousins completed 69.1% of his passes for 3,603 yards with 26 touchdowns and six interceptions. The team was 10-5 in his starts. Cousins’ last Pro Bowl appearance was in 2016 when he was a starter for Washington.

We discussed Ham’s participation as an alternate following his agent’s tweet after the NFC Championship Game on Sunday night. This is the first Pro Bowl for Ham.

Griffen will be making his fourth trip to the Pro Bowl. The 32 year-old finished second on the team in sacks (8.0) and first in QB hits (24). He made 15 starts in 2019, recording 41 combined tackles, 11 tackles for loss, two passes defended and one interception.

An original Pro Bowl snub, Kendricks is arguably the most deserving member of this group. The first-team All-Pro led the team with 110 tackles and 12 passes defended. The 27 year-old added two forced fumbles, two fumble recoveries, .5 sacks and 4 tackles for loss. This will be Kendricks’ first Pro Bowl.

Making his third and most controversial appearance in the Pro Bowl is cornerback Xavier Rhodes. Rhodes, 29, started 15 games in 2019. He had 63 tackles, six passes defensed, one forced fumble and five tackles for loss. Of 134 eligible cornerbacks, Rhodes graded 125th this season per Pro Football Focus. Still, he’ll be joining the league’s best in Florida, perhaps playing his last game as a member of the Vikings.