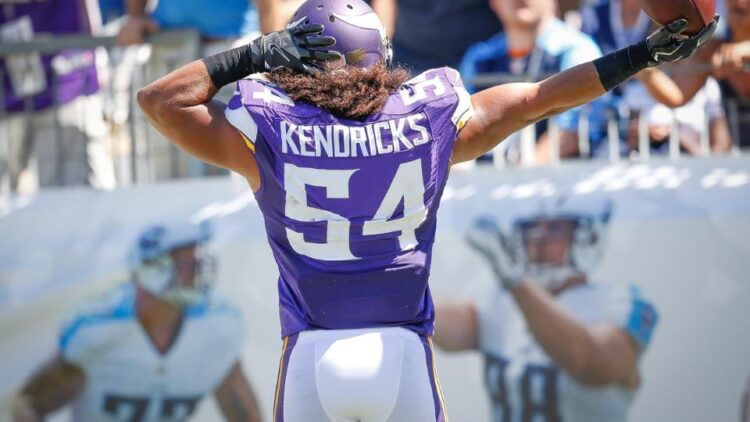 A year after his most dominant season yet, Minnesota Vikings linebacker Eric Kendricks is in the NFL’s top 100 players. The annual countdown, done by NFL Network and voted on by NFL players, places Kendrick as the 83rd best player in NFL.

This is Kendricks first time on the top 100, but certainly not his last. In 2019, Kendricks recorded 110 total tackles (70 solo, 40 assisted), two fumbles recovered, two fumbles forced, and 12 passes defended.

Eric Kendricks ranks among LBs in 2019:

Kendricks was one of the best pass defending linebacker in the NFL and his 12 passes defended tied him for most by a linebacker with Carolina’s Luke Kuechly and New Orleans Damario Davis. Kendricks also earned his first trip to the Pro Bowl in 2019.