Diggs posts about a “New Beginning”, Says “Something is going to happen” 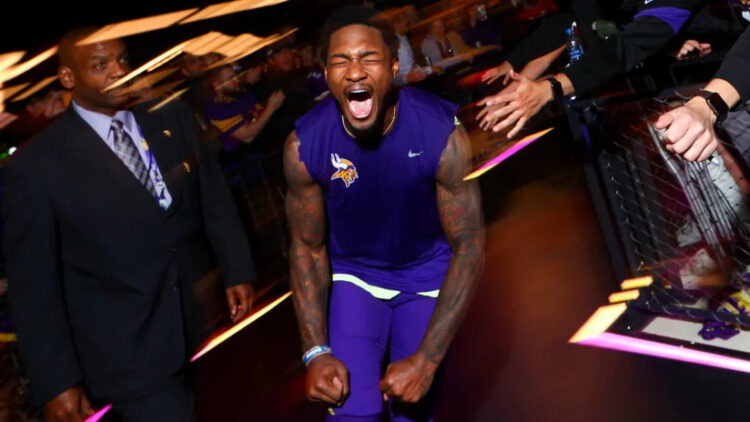 Remember the good old days when we were all tired of talking about Kyle Rudolph’s contract?

The 2020 off-season for the Minnesota Vikings has had one major underlying irritant, and that’s been the case of Stefon Diggs crying a river on social media and causing all sorts of problems (perceived or otherwise) for the other grown men on the roster who just want to focus on winning, their careers, etc.

I’m sure you’re all familiar with the Tweets, the Arizona Cardinal shirt during a recent workout, the helmet throw during the Saints game, etc.

Nearly every time something like that happens the Vikings organization comes out with a statement that they have no intention on trading Diggs and that this is just Diggs being Diggs.

Shit, I wrote a four-piece article about why trading him would be a “nightmare”. And it would. For a team that just lost Xavier Rhodes, Everson Griffen, Linval Joseph and will lose more core pieces before all is said and done this free agency period, losing a player of Diggs’ pedigree on the other side of the ball would more than likely put this team into (or further into) rebuild mode.

If you’re unaware of what I’m talking about there was this:

it’s time for a new beginning. 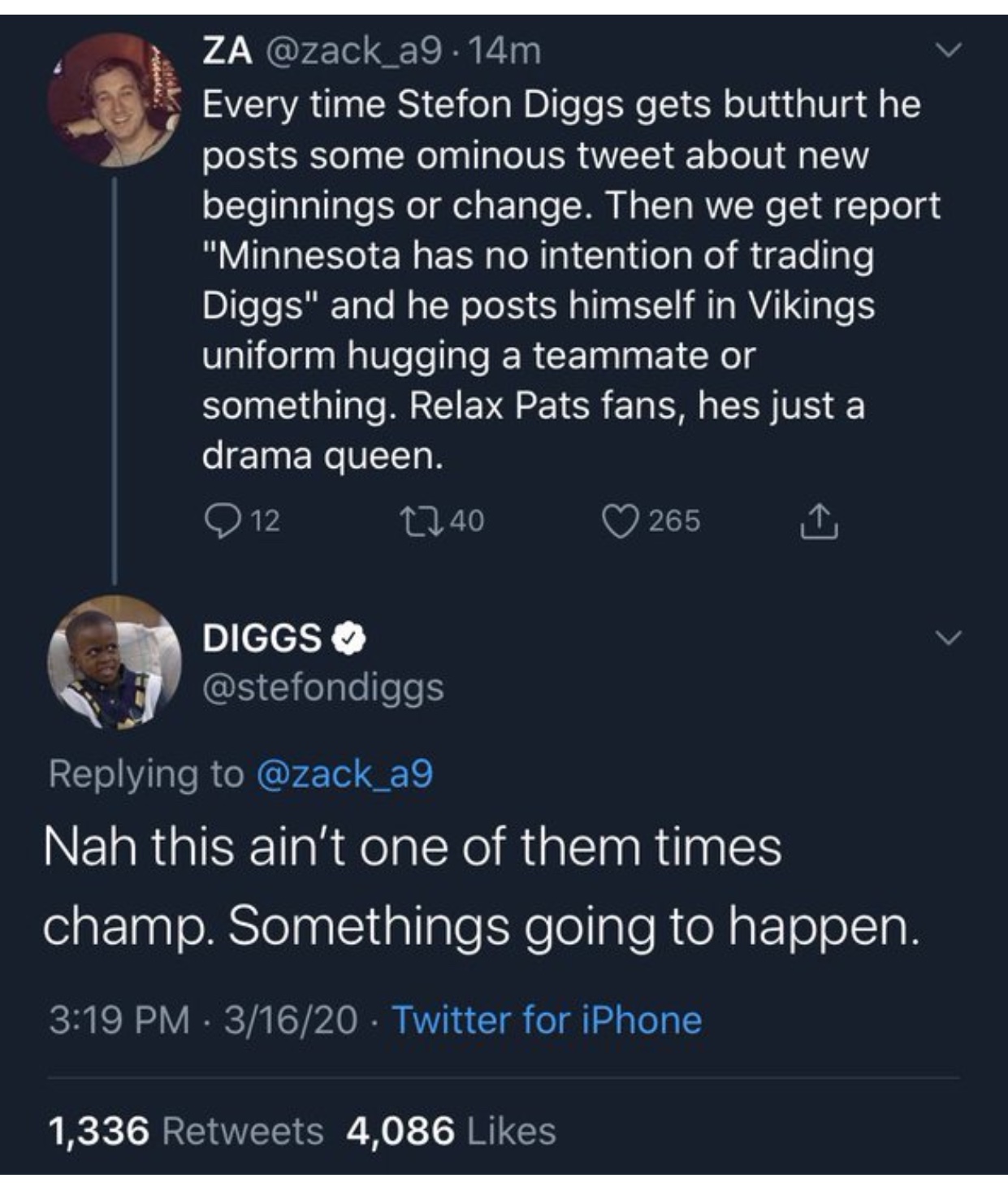 That isn’t coincidental timing, as the Vikings resigned quarterback Kirk Cousins to a two-year deal today, keeping the QB in Minnesota through the 2022 season barring any sort of trade.

Diggs has made his unhappiness, at times, with Kirk Cousins especially during the 2019 season. While there are some saying that they hope or think that Diggs is just trolling yet again, but I don’t think any of this is trolling.

Instead, I think that Diggs is every bit the diva we’ve seen. He wasn’t trolling when he threw his helmet during the Saints playoff game (a game in which they were winning at the time and ended up winning altogether). He wasn’t trolling when he held his post-Bears game “there’s truth behind every rumor” presser (which is the same type of cryptic nonsense he posts on Twitter, clearly).

It pains me to say this but I don’t see how this situation can continue as is. I do know that losing Diggs would be a nightmare, and that with Rick Spielman drafting that they probably won’t be able to replace him even if they end up getting a high pick in exchange for his services.

But, how can a team continue to put up with a guy who keeps making every. Single. THING about him?

Keep in mind that Diggs has everything he could want here in terms of the massive contract the team gave him despite his best seasons being sub-1,100 yard efforts. Sure, that’s because of a lack of consistency at the quarterback position and Diggs is arguably the best down the field receiver in the NFL. But, he’s getting paid. He’s on a team that has made it deep into the playoffs in recent years, he finally has consistency at the QB position and even one of the best offensive coordinators in NFL history, in Gary Kubiak, at the helm.

If something is going to happen or Diggs can’t control himself (keep in mind also, yeah, social media shows the worst of humanity and there’s no excuse for some of what these guys deal with, but they’re also paid tens of millions of dollars to put up with that kind of stuff)… then. UGH. Something NEEDS to happen.

This seriously is the worst off-season in recent memory. Probably since the post-2000 NFCCG game one.