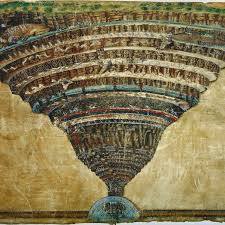 If you can’t spot the sucker chasing another Vikings 11th hour playoff pipe dream, then you are the sucker.

Oh, sure, there are scenarios in which Minnesota can close this half-baked 2020 season with a pair of wins, finish 8-8 and emerge from the mathematical Cuisinart with a wild card* berth. A sliver of hope remains returning to the Superdome, sight of last year’s postseason salvation and 2009’s biblical demise. Like an annoying chunk of firewood under your fingernail. Just enough to stay engaged and inebriated Friday as you slurp the eggnog.

Last call Sunday came at 3:06 p.m., when Kirk Cousins’ desperation heave to the end zone rattled around everywhere except into the hands of Bisi Johnson, who was poised to launch Minneapolis Miracle 2.0 if his feet weren’t hardened in cement.

The 33-27 defeat to the resurrected Chicago Bears at US Bank Stadium validated the fatalism baked into the DNA of Vikings fans from Maine to Malaysia. ESPN’s data Druids dropped Minnesota’s playoff odds to 2%. Not exactly “In The Hunt” but still mulling over another weekend in the wilderness. Like coach Mike Zimmer and his short-yardage séances with Bronco Nagurski in the second half.

After rookie Cam Dantzler intercepted Mitch Trubisky in the end zone with 2:57 remaining to maintain a three-point deficit, the Vikings ran Dalvin Cook on first down straight into the heart of Chicago’s stout defensive line. A quick pass to Cook drained more clock.

Cousins was chased on fourth-and-1, and the Bears reclaimed possession. Trailing in the second quarter and facing another fourth-and-1, Zimmer dispatched the punt team, then changed his mind and rushed the offense back out. A pitch to Cook promptly was stuffed behind an offensive line that couldn’t clear a dinner table. Even a battering ram like Cook has his limitations.

I assume Cousins is current on his life insurance premiums because he scrambles from the pocket like a gambling addict eluding a loan shark. The offensive line should lawyer up. Five concrete turnstiles guilty of negligent homicide.

Cousins is great with a clean pocket. Name an NFL quarterback who isn’t. He’s very effective rolling out, buying time and throwing darts downfield. But he cannot escape a tidal wave of pressure every time he drops back. And his refusal to slide at the end of a run, while noble and gritty, is a one-way ticket to a padded room and sucking meals through a straw.

Decrying the offensive line’s deficiencies feels unfair. Like expecting an old man to beat back a charging pit bull. But it is a perennial problem in Minnesota. Zimmer and general manager Rick Spielman are too cute thinking they can keep shuffling the deck and patching it together. Too many potholes to fill year after crumbling year. Where’s the continuity? Where’s the accountability?

Zimmer has no answer for a no-show defense that is banged-up, overmatched and incapable of rising to the big-game occasion. He told us during training camp he’s never had a bad defense. Well, his pride and joy was gashed for 33 points and 397 yards by a Bears team that ranked 25th in points per game and was left for dead when the Vikings whipped them five weeks ago at Soldier Field.

Suddenly, Chicago has scored 25-plus points in four straight games for the first time since 1995, when Prodigy put out the previous news release. During one five-drive stretch, the Bears ran 43 plays for 277 yards and racked up 20 points. It was so bad Danielle Hunter tweaked something again.

Matt Nagy improved to 5-1 against Zimmer while Trubisky won his fifth straight start against the Vikings. Granted, he won Week 17 last year when Minnesota rested its starters. Whatever. If Trubisky is stealing your lunch money, it might be time to hire Joe Pesci to beat him to death with a tire iron.

Minnesota had a few bouquets tossed its way.
Here we figured last rights would be given to embattled kicker, Dan Bailey, who missed four field goals and three extra points his previous two games.

Well, it’s a wonderful life again for Mr. Bailey, who was 5-for-5 Sunday, good for nine points and a thousand fewer contracts on his head. You could hear Vikings fans exhale and belch with relief when Bailey nailed his extra point after their first touchdown.

He even received a standing ovation at Alibi’s Drinkery in Lakeville, where patrons were openly smoking meth in defiance of Minnesota’s oppressive narcotics laws.

Tyler Conklin has been a revelation at tight end behind Irv Smith Jr. and the injured Kyle Rudolph. He scored his first career touchdown in the fourth quarter to pull the Vikings within a field goal, looking like a beer truck running downhill into the end zone.

And rookie wide receiver Justin Jefferson continues to marvel. He was over 100 yards again and broke Randy Moss’ 1998 team record for catches by a newcomer. Let’s just hope Jefferson stiff-arms the blunts. At least if he ever decides to treat a parking cop like a hood ornament.

So here we are crawling toward the finish line of a lost season cursing the accumulating sweat beneath our COVID masks, pining for family and friends to raise a glass and blast 2020 into oblivion. The Vikings have not been eliminated, but the priest has been called. Maybe he’ll help deliver a seventh-seed participation trophy, ensuring bonus angst for all.

Either way, there is at least one more week for the Vikings to torment and confound everyone. Just like this ex-sportswriter.

Corporate droning pays the bills. But why not earn beer money tossing grenades with impunity? So, here’s to more unsolicited snark from someone who’s been in the coverage trenches, can smell bull shine a mile away and doesn’t care whose groin is pulled, contract is up or snap count is down.

I humbly return to the toybox from the perspective of the father of a 9-year-old son who wept after the Vikings lost the 2017 NFC championship game on his birthday, his first layer of fan scar tissue. He’s winning his fantasy league, questions every play call like a cynical armchair warrior and has forgotten more minutia about the NFL in 2020 than I’ll ever know.

The Vikings disappointed him again Sunday, leaving him pounding the couch cushions and gnashing his teeth at another almost-win. He’s learning, folks, that there’s probably more suffering ahead before the fat man slides down the chimney.