Brian Murphy: I thought I heard the sounds of “Taps” being played lightly 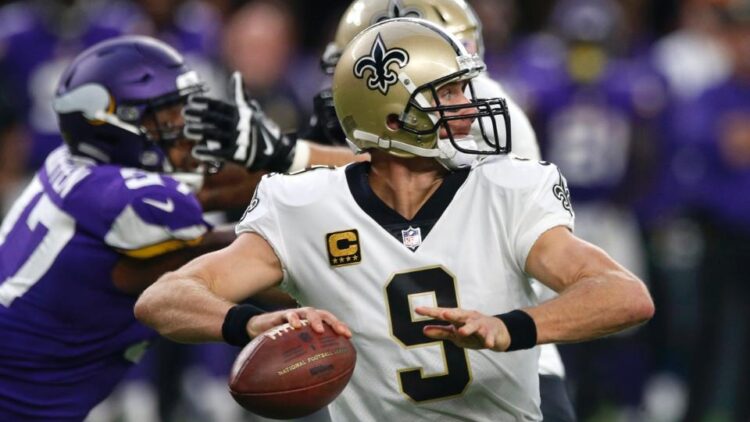 The Big Easy proved much too hard for the Vikings to forge a Christmas miracle and salvage one more week of relevance in 2020.
Too many devastating injuries, blown opportunities and missed tackles added up to an inevitable 52-33 loss Friday to the New Orleans Saints at the Superdome that was humiliating for a team which started this unprecedented season with Super Bowl aspirations more deluded than a Rudy Giuliani brief.

The pratfall was a microcosm for 16 weeks of head-snapping streaks and haughty beliefs that a playoff team could be underpinned by a patchwork offensive line and junior varsity defense.

Just chalk it up as a lost season, folks. No tailgating. No chance to guzzle $12 beers and sway to “Skol!” chants like the converted at an Alabama revival. No postseason gut-punch, either. Just a slow fade to black and another offseason of recriminations and renewal.
The core is rock solid, though.

Plenty of reason for 2021 optimism because of improved health and the proven and emerging talent on both sides of the ball. Still, that does not absolve the front office, coaching staff and roster from serving a giant nothing burger to a fanbase starving for red meat and the chance – just once – to spend Super Bowl Sunday invested in their team instead of their workplace squares.

For your convenience, I have alphabetized the grieving process, hat-tipping the cultural touchstones that bind us together during the Yuletide season and usher in hope for the new year.

A is for apathy, as in watching Week 17 and the postseason with all the joy of Uncle Eddie’s unannounced visit, empty wallet and unplumbed RV.

B is for Bailey, as in Dan, whose wonderful life as an NFL kicker has the consistency of Uncle Billy’s sobriety and money management.

C is for COVID, as in the viral scourge that robbed stadiums of atmosphere and soul, scrubbed police blotters of vomiting narratives and made watching football fulfilling as filing your taxes early.

D is for defense, as in the Vikings’ lack thereof, exposing a unit made vulnerable by Danielle Hunter’s fatal tweaks, Michael Pierce’s prudent opt-out, the secondary’s inexperience and the cockiness of a celebrated defensive head coach who thinks he can just plug in anybody and play.

E is for errors, as in relentless, like practically every 2-minute offense Minnesota ran before the half or in the fourth quarter throughout the season. The head-scratching strategizing and clock management was like watching a toddler try to grab a dime with mittens.

F is for Fra-GEE-lay, Italian for the major award that continues to elude the franchise despite superstar talent and a top-five payroll that demands a higher return so the Wilves can bulldoze more land and shake down more season-ticket holders.

G is for Goodell, as in Roger, the Shield’s kingpin, whose blood oath to make the cartel a $25 billion industry left teams quarantined without any quarterbacks (Denver), their head coach (Detroit) and playing eight days a week in a death march to Super Bowl LV.

H is for Hercules, as in Mata’afa, the third-year defensive end and practice-squad overachiever, who may never become a starter but should die knowing he had one of the greatest names in league history.

I is for Irv, as in Smith Jr., the heir apparent to Kyle Rudolph’s sure-handed playmaking and runaway freight training at tight end whose second-half touchdowns Friday fanned the upset flames long enough to keep the egg-nogged audience engaged.

J is for Jefferson, as in Justin, the eye-popping rookie wideout and draft-room gem whose speed, work ethic and drive to be one of the greats may just land No. 18 in the Ring of Honor.

K is for Kirk, as in Cousins, Minnesota’s talented and big-hearted sugar plum fairy, whose participation trophies and gaudy statistics can stuff a stocking with enough hope and half-baked results to keep everyone clambering for more.

L is for laughable, as in the third-quarter review of an obvious bounced incompletion by Cousins that officials initially ruled a Saints fumble recovery and touchdown. There has not been a replay that unnecessary since Trump demanded a recount in Harlem.

M is for marshmallow, as in the goo into which the Vikings annually turn in December, when great teams rise to the occasion and pretenders start packing. They are 6-9 since 2018, putting themselves on the naughty list two of the last three seasons.

N is for New Orleans, as in NFC South champions, who are confidently bashing a path to the Super Bowl if the Saints can secure home field advantage and avoid facing Aaron Rodgers and the Packers on the tundra.

O is for “Oh my God!” has it really been 57 years since the Vikings allowed that many points in a game? Yes, they yielded 56 against the Cardinals a month before John F. Kennedy was assassinated in 1963.

P is for Payton, as in Sean, the insufferable Saints head coach who proves year after year that NFL job security is inherently linked to a hall of fame quarterback like Drew Brees who can recover from 11 broken ribs and a punctured lung to play like an eternal 25-year-old.

Q is for quest, as in 44 years and counting the Vikings have gone without a conference title, which means those high school seniors when they lost Super Bowl XI to the Raiders can start applying for Social Security.

R is for Reiff, as in Riley, the durable but aging left tackle, who restructured his contract to clear $5 million in salary cap space and was one of the bright spots on a porous offensive line, is likely playing his Minnesota swan song next week in Detroit.

S for Spielman, as in Rick, the aggressive but snake-bitten general manager who emerges from his bunker twice a year to set expectations high only to walk them back into plausible deniability when conditions on the ground shift.

T is for transparency, as in not insulting the paying public with lies and half-truths about Hunter’s preseason injury, information that was portrayed as a hangnail but treated like a nuclear trade secret when it obviously was a serious neck injury that deserved to be explained as such.

U is for underachievement, as in the Vikings’ chronically bad tackling skills. Granted, there were no preseason camps or games to hone fundamentals, but since when did an NFL team treat a basic job duty as extracurricular?

V is for ventilated, as in what Saints running back Alvin Kamara did to Minnesota’s once-vaunted run defense with six rushing touchdowns Friday, running downhill through purple matadors masquerading as tacklers.

W is for “White Christmas,” Bing Crosby’s crooner classic, which proved prescient with this week’s inevitable dumping and harkens back to the absurdity of 2010, when snow murdered the Metrodome and stranded the reeling Vikings in Philadelphia for four days because of a phantom blizzard.

X is for signing, as in on the line which is dotted, a steel-spined kicker who will not turn routine extra points into an emergency landing.

Y is for Yippee Ki Yay, motherfucker, as in Stefon Diggs’ “Die Hard” salute from Buffalo, where the mercurial, mercenary wide receiver hopes to script his next great miracle by delivering a Super Bowl championship to the forlorn Bills.

Z is Zimmer, as in Mike, the Old Man whose prized leg lamp was shattered by hubris, misguided expectations and injury misfortune. He and Spielman have used up all the glue on the offensive line and must invest in professional tacklers and pass protectors who won’t expose Cousins to Scott Farkus’ alley attacks.