Apparently AP is mad at Zimmer/the Vikings too 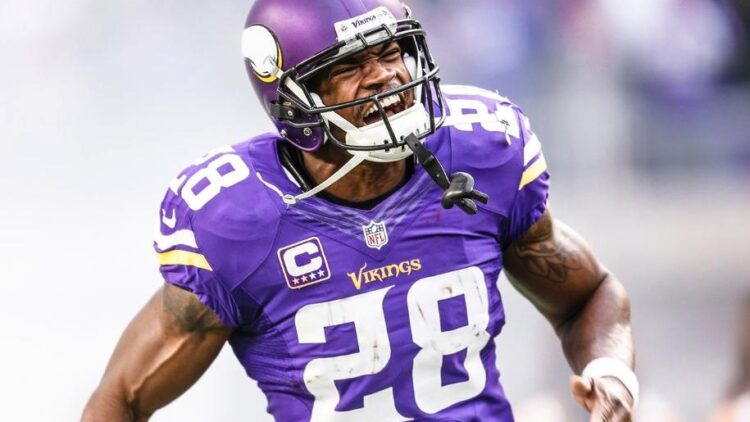 Turns out AP is upset with the Vikings, too

Today’s game with the Detroit Lions always was going to be a reunion game for a few former Minnesota Vikings staples. Even before the Detroit Lions traded for Everson Griffen recently, former Vikings focal point and legend Adrian Peterson joined the Lions before the season and most certainly had today’s game circled on whatever calendar app he uses (while crushing his phone with his legendary non-football holding grip).

Before the other day, though, the only former-Viking turned Lion that had a bone to pick (at least as far as we knew) was former Vikings nickel corner/safety/linebacker/Uber driver/NRA TV subscriber/construction site inspector Jayron Kearse.

After head coach Mike Zimmer referred to Griffen as a “good” player in the build up to today’s game, Everson let the world know that using the word “good” instead of “great” hurt him.

Turns out that Kearse and Griffen aren’t alone when it comes to the scores looking to be settled Sunday, as Adrian Peterson’s father Nelson said in an interview with the Detroit Free Press.

“(This game) means a hell of a lot to him. Every time he goes back, he’s looking for the opportunity to show that he still can play, that they made the (wrong) decision by releasing him.”

Zimmer most likely saw this coming and referred to the fact the Vikings let Peterson go was “was more about the cap than anything else.” When asked by the media.

Peterson is insane to think that the Vikings would’ve or rather SHOULD’VE paid him $18 million dollars in a league where, especially before the Christian McCaffrey/Dalvin Cook/Ezekiel Elliot/Saquon Barkley ‘s of the world came in and reinvigorated the position, running backs were no longer garnering a first-round pick in the draft.

“I mean, if we’re being honest about it, hurt is there,” the elder Peterson continued: “You remember who hurt you. The hurt that you felt when you’re negotiating a contract, you feel like you’re at the part of your contract where there’s no more guaranteed money, and we know they’re not going to pay ($18 million), but we never expected not to get an offer. Like, damn, we’re just through?”

I guess I was wrong.

Perhaps Peterson wasn’t crazy after all!

Then again, this was a franchise that did support Peterson during his child abuse situation by: Initially suspending him for a couple games and also by paying him when they technically didn’t need to.

Beyond that, Peterson may still be a serviceable back but he really isn’t the type of back the Vikings would feature (or overpay because of his name). Peterson is and always has been more of a two-down back who couldn’t get super involved in the passing game (as a pass catcher or pass rush blocker).

Add to that the bad blood between Peterson and former Vikings VP Kevin Warren, and there’s just a lot more to this than simply cap space or the team randomly deciding to cut off one of their most iconic players ever.

“… And from that point on, I mean, they brought in Latavius Murray for what? You might as well have kept Adrian and gave him that money you gave him for what he did there. It didn’t work out. You followed it. You seen it yourself.”

He could be right. But, Murray didn’t fumble like Peterson did and he also wasn’t ever supposed to be the feature back. Sure, it ended up that way, but he was supposed to be the thunder to Jerrick McKinnon’s lightening before Jet was injured.

Beyond that, Peterson’s value came mostly when he was the focal point of the offense. Perhaps that would’ve happened with McKinnon going down, but the plan after AP never was to have an offense with a turnover prone, over the hill, running back getting 25-30 carries a game.

Sure, Cook is coming off of his best game ever with 32 touches. But he can also do things AP can’t now and never could. Oh, and it’s pretty clear that the Vikings made the right move here so you also have to take that into account.