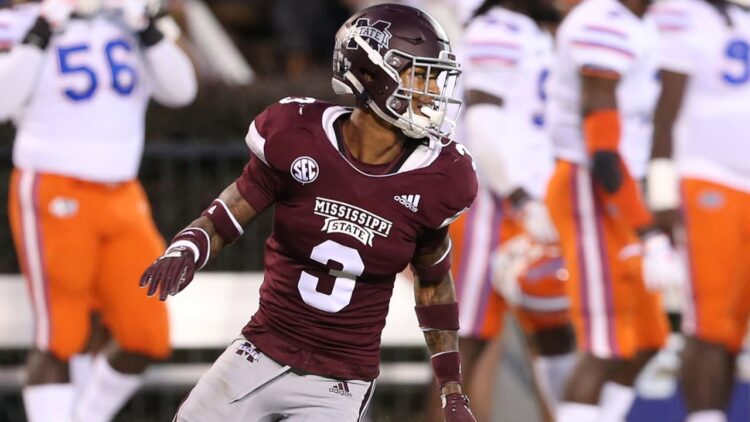 With a record of 1-5 commencement to the 2020 season, some analysis outside of the norm are necessary. A notion has been established that the Minnesota Vikings, outside of a Lazarus-like revival, are not visiting the postseason in Mike Zimmer’s seventh campaign. The Vikings have been ravaged by defensive injuries, endured inconsistent quarterback play, and are patiently waiting on the maturity of a young defense. All three of these items have castrated Minnesota’s once-lofty aspirations for another playoff run.

We must now look for unseen benefits of 2020 and embers of hope for 2021 and beyond.

Vivid implications from an otherwise harrowing season are plentiful. The first one is the ascension of rookie wideout, Justin Jefferson. The 21-year-old for Louisiana State University is ablaze. He is shattering Randy Moss’ pace(s) week in and week out, which is even more fruitful than general manager Rick Spielman could have forecasted. Through Week 6 of the 2020 NFL season, Jefferson leads all NFL wide receivers in Pro Football Focus grading – 90.8. And, that’s from a pool of everybody, not just rookie pass-catchers. It is both otherworldlyand somewhat unexpected for a rookie.

Another chunk of positivity is Yannick Ngakoue’s performance. Minnesota dealt a second-round and fifth-round draft to the Jacksonville Jaguars in a shock trade to finish out the summer. Ngakoue’s services have proven to be mandatory, as his fearsome stablemate, Danielle Hunter, has been lost to injury – probably for all of 2020. Without him, there is a shudder of fear to theorize what the defensive line might resemble. Ngakoue is fourth in the NFL in sacks and fifth in forced fumbles. Pair the man with Hunter in 2021 – and oofta.

Weaknesses, too, can have silver linings. Minnesota’s secondary – particularly the cornerbacks – are quite young. Their learning curve has caused the Vikings to lag in passing defense. For the first time under Mike Zimmer, the Vikings defense is just not very stingy. “A work in progress” is the mindset for now.

So, let’s take a look at the “progress” aspect, mainly for Jeff Gladney and Cameron Dantzler.

Jeff Gladney, so far, has incredible stopping the run

Let us concede that it would be preferred for Gladney to be a pass-defending sage during his rookie campaign. The 23-year-old is well on his way to developing that aspect of his game. For now, though, Gladney is tremendous against the run.

In six weeks, Gladney has merited Pro Football Focus’ top run-stopping grade of all cornerbacks in the NFL. Much like the Jefferson reaffirmation – this is out of all NFL corners, not just rookies. He has notched a naughty 90.5 run-defense grade, and that’s extremely impressive.

His pass-coverage grade slides considerably (48.2). It is a crucial component of his game that will need improvement through natural development. However, in rushing defense, it’sso far, so good. Of all rookie cornerbacks, Gladney grades out as the seventh-best.

Dantzler – among rookies – is quite decent

Gladney is not alone. His partner-in-crime, Cameron Dantzler, is showing seedlings of promise, too. Both men have been thrust into trial-by-fire learning, and they likely prefer it that way (if they’re gamers). On-the-job training is taking place against the likes of Davante Adams, T.Y. Hilton, D.K. Metcalf, and Julio Jones.  With Gladney and Dantzler being acclimated to the NFL with those men as the benchmark, they have seemingly put the elite-elite growing pains behind them. Three of those men are certifiable monsters, and Hilton is quite good, as well.

On Dantzler, he is the eight-best rookie cornerback in the business through six weeks. He is nestled neatly behind Gladney at eighth-place among first-year players — with a 54.4 grade. That’s a modest bump from his 2020 draft position as Dantzler was the 11th cornerback off the board. For now, he’s the eighth best of all 26 cornerbacks selected in the 2020 NFL Draft.

Although the Vikings record is currently nasty, Zimmer did sign a contract extension mere months ago. Unless this season completely goes off the rails or the locker room becomes diseased, Zimmer will likely be the team’s coach in 2021.

That bodes well for Jeff Gladney and Cameron Dantzler. A list of Mike Zimmer grievances can be found anywhere on Twitter – for better or worse – but one thing he does, invariably, is thedevelopment of NFL cornerbacks. Gladney and Dantzler are already proving they have the DNA to be cultivated under Zimmer’s tutelage.

Perhaps the Vikings can win a few more games so that we can all do the Glad Dantz.