Alexander Mattison suddenly is the most important Viking 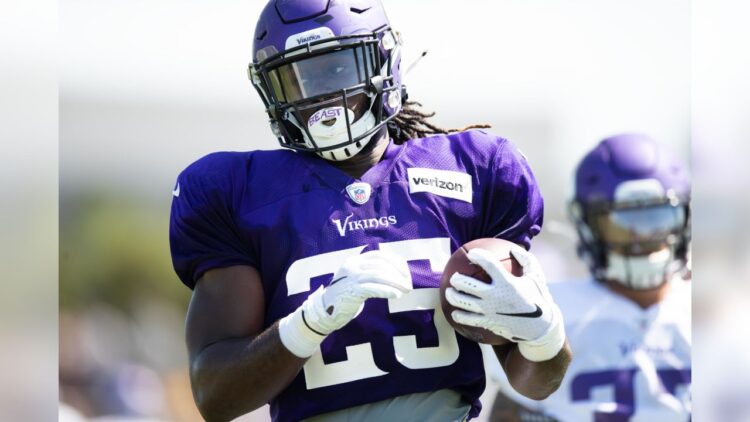 News broke Monday evening that star running back Dalvin Cook will hold out for a new contract per Adam Schefter, as it has also been reported he is looking for a deal north of thirteen million per year. The cap strapped Vikings could struggle to meet his request and decide to rely on their insurance plan.

Second year running back Alexander Mattison has become incredibly important after the recent news. The Vikings did not upgrade the offensive line enough to change schemes, so it’s likely Cook’s carries will mostly go to Mattison if he does not report to camp. Kirk Cousins had a career year in a heavy play action system and the Vikings will look to continue that with or without Cook.

Mattison averaged 4.3 yards per attempt in his rookie campaign and averaged 3.1 yards after contact. He used his great contact balance and leaping skills to gain the majority of his yardage while showing a good ability to get to the boundaries of their zone stretch offense. While he is not as quick as Dalvin Cook, he is more of a bruiser and should prove to be more durable.

Gary Kubiak’s long history of getting the most out of average running backs. Names like Steve Slaton, Justin Forsett, and Olandis Gary found tremendous success under Kubiak, so it’s not hard to imagine Mattison taking Cook’s place and producing similar numbers. Minnesota also has Mike Boone, who rushed for two touchdowns against the Chargers, and one hundred and forty-eight yards against Chicago in week seventeen.

Similar to the 2017 season, where the Vikinvs were Pro Football Focus’ second rated running teams without their star back, the Vikings have two backup running ready to take Cook’s place. Dalvins holdout is an issue, but the presence of Alexander Mattison gives Minnesota a solid plan B.