3 Most Promising Takeaways from 2020 Vikings Season

The Minnesota Vikings were supposed to win at least nine games in 2020. Las Vegas gambling entities said so. Hell, the Packers and Vikings were bedfellows for projected wins.

Vegas was wrong — to the tune of three or four wins.

And so were most folks that intently follow the Vikings. Unforeseen was injury to Danielle Hunter, Michael Pierce (coronavirus opt-out), Anthony Barr, Mike Hughes, and Eric Kendricks (down the stretch). No matter how one spins the discussion, those injuries had a colossal impact on the 2020 Vikings. Indeed, the team probably should have squeezed out victories versus Tennessee, Seattle, and Dallas regardless of injured personnel, but the defense failed to close out those contests. Ergo, the Vikings are 6-9 instead of 9-6 – heading into an offseason prematurely rather than a postseason that was forecasted.

Although disappointing by the Vikings standards, the season was not futile. Stefon Diggs’ exile to Buffalo proved to be beneficial for both franchises. Minnesota replaced Diggs with a wide receiver several years younger, more affordable, and equally as electric. The Bills gained a battle-tested wideout that instantly jelled with a quarterback that had suspect passing accuracy. On the whole, the Stefon Diggs trade did not wound the Vikings offense one iota.

Glaring weaknesses were revealed, too. General manager Rick Spielman must address the guard position on the depth chart. Dakota Dozier was mostly woeful in 2020. Without Danielle Hunter, the pass rush was insulting. The tandem of Ifeadi Odenigbo and Jalyn Holmes is not sustainable nor is it effective. Either man might be successful if paired with Danielle Hunter, but this current duo is simply undesirable. To think – the combination was theorized as Danielle Hunter and Yannick Ngakoue. Nope. Odeingbo and Holmes.

Furthermore, special teams maladies necessitate attention. The 2020 Vikings have returned to kicking uncertainty. Dan Bailey was slippery (not in a good way) in the final month of the season. Punt returning was an embarrassment. The leadership of the special teams unit is likely scheduled to change.

That’s the naughty list. Here are the silver linings.

3. Dalvin Cook Contract Worth It

Some pegged Dalvin Cook as an ordinary running back last offseason. That crowd proclaimed that Cook was not worthy of a giant payday. The Vikings management vehemently disagreed. Cook inked a five-year, $63 million deal as the season began. The return on investment was glorious and season-saving. The 25-year-old leads the NFL in yards from scrimmage. He’s second in the business for touchdowns scored. Cook is also second in rushing yards behind Derrick Henry.

Not bad for a guy that was deemed interchangeable with Alexander Mattison.

If Cook had not formally arrived before 2020, he sure-as-hell has pressed a purple thumbprint on the NFL now. The Florida State product is as dynamic as a running back can be classified. He does not come off the field on third-down – like Henry in Tennessee. Injuries were largely avoided this season — the main knock on Cook’s reputation. Strength, speed, agility, workhorse mentality, pass-catching are all facets of his repertoire. Those traits assuredly mandate top-tier tailback money.

2. Rookie CBs and Trial by Fire 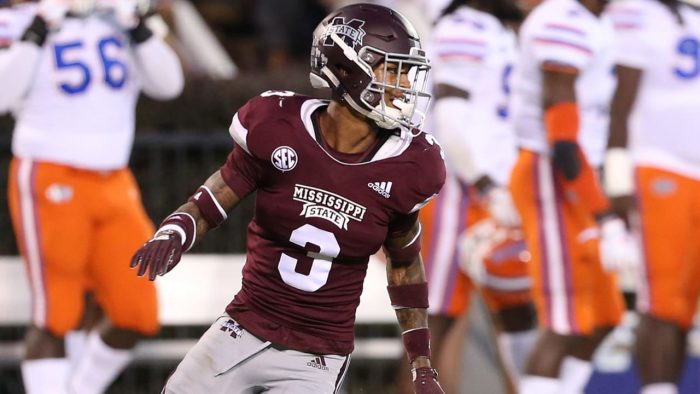 File this one in the bittersweet folder. Minnesota selected two notable cornerbacks early in the 2020 NFL Draft – Jeff Gladney and Cameron Dantzler. Gladney established himself as a strong safety-like tackler of opposing football players. He also has a mean streak and is unafraid of on-the-field confrontation with chatterbox players. Rookie struggles took place in spots, but that’s the modus operandi for the majority of first-year starters. Encouragingly, the best part of his early output is his ability to stop the run. The Vikings will require that in 2021 if next season is to materialize more successfully.

Dantzler has been much better cumulatively than Gladney – an odd statement for a man chosen two rounds after his teammate. The Mississippi State alumnus encountered a topsy-turvy maiden voyage. He was skewered by Davante Adams in Week 1 – welcome to the big leagues. In the second matchup with the Packers, Dantzler was concussed and maimed at the neck, a scary combination for any human. The remainder of his season – and career – were in doubt for a matter of minutes. Then, he rebounded. The 22-year-old grabbed momentous interceptions in two contests versus the Jacksonville Jaguars and Chicago Bears. To his credit, Dantzler quietly morphed into a mini-shutdown corner.

Had the Vikings generated any semblance of a pass rush in 2020, the lives of Gladney and Dantzler would have been much happier. But that was not in the plans. Opposing quarterbacks tossed the ball at will on the Vikings while the two rookie corners were coerced into learning pass coverage sans a pass rush. A dreadful assignment, to be sure.

Heading into 2021, Minnesota new cornerbacks should theoretically be ultra-prepared for their sophomore campaigns. Call it a silver lining of an otherwise upside down season. 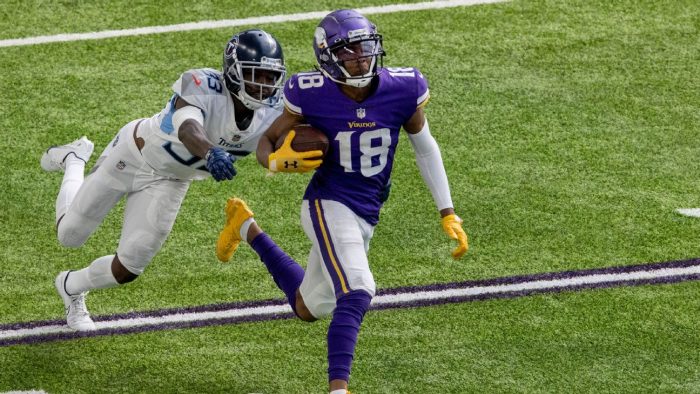 The Minnesota Vikings do not “miss” Stefon Diggs. They tip their caps to his achievements thus far in Buffalo. The Diggs trade crystallized in an entirely ideal manner – both sides feel like the victor. The Bills are going to make a Super Bowl push; the Vikings have an invaluable rookie asset that is an affordable record-breaker.

Justin Jefferson has caught more passes than Randy Moss did 22 years ago in his rookie season. He may end up with more receiving yards, too. Pundits surmised Jefferson would develop into an elite wide receiver, but that development took place in training camp – one without a preseason. Jefferson’s rise to stardom took days not years.

Overall, Stefon Diggs was seamlessly replaced by Justin Jefferson. Minnesota is notorious for salary cap hell as of late, and the swap of Diggs-for-Jefferson enables the Vikings to pursue free agents in 2021 or extend the contracts of existing players on the roster. And, this is the tip of the iceberg for Jefferson. Talking heads like to analyze Diggs versus Jefferson now. The sensible tactic is to compare Diggs from 2015 (his rookie year) to Jefferson in 2020.

In that examination, it’s Jefferson by a mile.