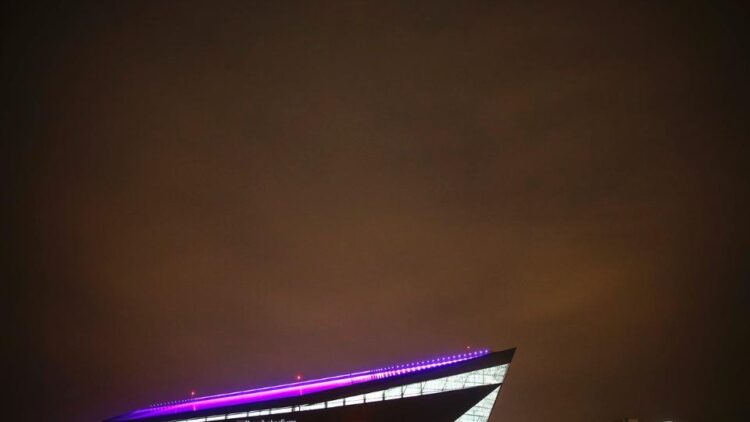 Just as you think that the NFL is missing this year’s cut, it’s going back to the spotlight next month. Due to the Coronavirus outbreak, many sporting events were suspended, and the NFL is one of them. After a series of considerations, the NFL organization finally decided to kick-off it’s regular season on September 10, 2020, wherein the Chiefs will contend against the Texans on the opening day.

Featuring the 32 teams coming from the AFC and NFC, the NFL this year is setting a 17-week playoff with the Super Bowl LV finals on February 7, 2020. While most of the fans are eyeing for the huge favorites, there should be no reason to undervalue the dogs. The Minnesota Vikings are entering this year’s NFL season, not as favorites, but setting them aside to win surprisingly is wrong.

For the past ten years, the Vikings had entered into the league playoffs four times, including last year. It means that they continue to soar high, and their chances of winning this year’s Super Bowl LV is closer to reality. Want to know why the Vikings can book a trip to get the Lombardi trophy this year? Here are some reasons why.

Dalvin Cook Is Up For Big Plays

Dalvin Cook, a former Florida State superstar, may not have a huge leap in the NFL drafting this year talking about his contract, but he’s returning to the Vikings to make big plays. He joined the team in 2017, working as the starting running back and will still portray the same role as his team joust for the upcoming NFL season.

Looking into his 2020 NFL futures odds, Cook has impressive statistics today after playing 14 games last season. With this, he was able to stack 250 carries within 1, 135 yards. Aside from that, his efficiency in the passing department helped his team last year to come out in the playoffs. If he’s going to step up this year, there is no reason that the Vikings will be left behind.

Vikings Can Challenge Anyone In The Field

The NFL Draft every year takes place before the regular season. It will give the team a chance to trade, contract, and recruit the best players. The Vikings didn’t throw any of these chances and managed to add talents that will indeed challenge every player in the field. Mike Zimmer, the Vikings head coach, has done his homework of boosting his line-up.

Zimmer was able to convince Cam Dantzler and Jeff Gladney to join the team on the corner side. These two players are up for a man-to-man challenge in the corner, which will surely give their rivals a hard time to make a goal. On the other hand, Mike Hughes is returning to the team with high hopes of impacting this year.

Kirk Cousins Got Better Than Before

The only thing that Cousins can make to silence his detractors is to head the team to the Super Bowl LV. Once he can lead the team to a better playoff position this season, only then will the fans know he’s an elite player. Cousins is playing as a starting quarterback for the Vikings, which he already did since 2018.

Although Cousins is still in the process of top-notching the best quarterbacks on the field like Tom Brady and Patrick Mahomes, he is heading to the right path. Last year, his figures are signs that he’s a great addition to make the Vikings successful this year. He has recorded 3, 600  throws last season with at least a 69% completion rate.

Stefon Diggs was the starting receiver for the Vikings last year, but the team had to let him go. It caused many rumors in the NFL community as Diggs was one of the key players of this team. Although the fans have raised many eyebrows for this team after that decision, they are making way for a power-duo in the wide receiving department.

Adam Thielen, the team’s reserve wide receiver, will build a connection with a rookie player, Justin Jefferson. These two players might need a lot of hustling as they adjust as the season begins, but there is no doubt they can perform well. These players have impressive records, and the Vikings might head to the right way this year.

One of the reasons why the Vikings had to hire Mike Zimmer as their head coach is because he’s one of the best defensive coordinators when he was working with the Bengals. After joining the Vikings in 2014, he didn’t stop building extraordinary talents on the defensive side, which makes the team a dangerous group to contend in the NFL.

Representing the National Football Conference in the North Division, the Vikings have many reserve weapons that other teams should reconsider. With elite defensive talents, emerging players like Cook and Cousins, and power receiving duo, there is no doubt that the Vikings are a powerful contender for the Super Bowl LV.