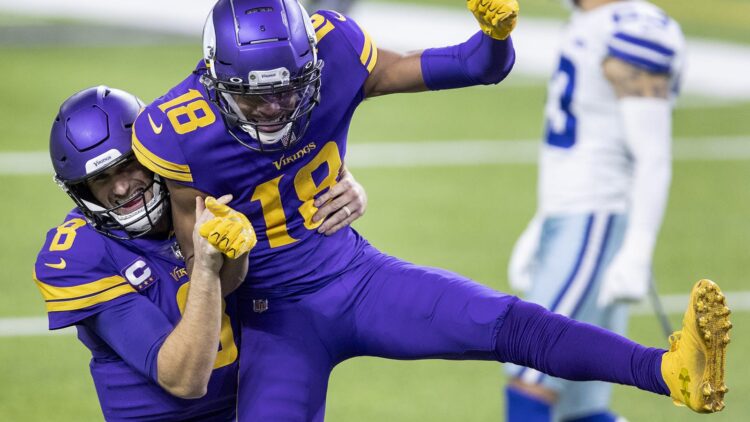 The Vikings offense has been a high point for this team since their bye. However, they sputtered out a little against Tampa Bay last week, and it may bring questions as to how well they will perform against another good Chicago defense. Here are my projections and thoughts on some of the stars going into this fantasy weekend.

Cousins finally came down to earth a little bit last week in Tampa. He had his lowest fantasy total since week eight against Green Bay, and his fourth lowest point output of the season. Cousins and the offense struggled at times against the Bears defense a few weeks ago, but they came out on top at the end. It had much to do with Cousins coming through with crucial touchdown drives, one on the opening drive and another in the fourth quarter.

I would go into this week expecting similar numbers to week 10’s but maybe a little cleaner. The offense turned the ball over twice. Hopefully they’ll be able to clean that up this week. If you have someone like a Matthew Stafford as your starter, it may be worth picking up Cousins this week.

The Bears did a good job of containing Cook in week 10, but he’ll be ready for them this week. If his second game is anything like the one he had in the rematch with Green Bay, I may be underselling him. That said, Chicago’s defense is still very good against the run, ranking among the top 10 in yards per attempt and touchdowns.

Cook was the first player to break 100 yards against Tampa Bay last week. Might I add, it was done pretty efficiently as well, so he has proven he can run the ball against top defenses. Given his ability near the goal line as well, I think it is not unreasonable to expect a 100-yard output and a touchdown. Keep him in the starting lineup this week.

Neither Thielen or Justin Jefferson were good last week which is a little concerning given Tampa’s below-average secondary. However, while some of that has to be put on them, some of it definitely is due to the Tampa frontline being so good at generating pressure. Chicago’s front has not been as good this season, ranking in the bottom half of the league in sacks and pressure percentage.

That said, it also seems like Thielen has taken a bit of a back seat to Jefferson over the past few weeks since coming back from the COVID list. This also happened in week 10, but where he thrived was in the red zone. Cousins has gotten more and more comfortable with Jefferson in that area, though. If Cousins throws two touchdowns this week, I would bet the two receivers split them. I also think Thielen will not get as many looks in the open field, leaving him as a flex option instead of his normal WR1 or WR2.

As stated, Jefferson struggled against Tampa, but it isn’t all on him. His fantasy numbers last week were saved by a touchdown, and I would expect another score this week. And, as always, his deep threat makes him a high-ceiling player. The Bears have given up 42 passing plays for more than 20 yards. For reference, Carolina and Jacksonville have allowed 43 and 44; Jefferson torched those defenses recently.

Along with that, we have seen him get the best of the Bears’ defense already. Last time, he caught eight balls for 135 yards. I could see him having very similar numbers to that this week and add a touchdown to his line. He’s a WR1 this week.