As it currently stands, it would seem that the Vikings have miraculously turned their season around. The team sits 4-5 after three straight divisional wins against the Packers at Lambeau, Bears at Soldier Field, and Lions at home. This has launched the over/under for total wins on sportsbooks like DraftKings to 8. Before this stretch, many books had the Vikings at 6 or even less for their mark of over/under win totals.

However, when it comes to sports betting, is this a mirage? Can the Vikings really hit the over on the win total? I do not think so. The defense really has not improved, and it was the weather in Green Bay and then the total meltdowns that Stafford and Foles had at QB that caused this Vikings team to win. Oh, not to mention the best running back in the league Dalvin Cook.

However, times have changed, as you can no longer be a run-first team in the NFL and consistently succeed unless your defense is out of this world. The Vikings are still awful in the secondary, getting little to no pressure on the pass, and most of the success is due to amazing plays by the safeties and linebackers.

Betting Legal Note: Michigan sports betting just opened registration, so if you are in Michigan, you can sign up and make a Vikings bet legally in short order. One of our favorite books is BetMGM Michigan due to competitive odds and free $500 deposit match.

The Vikings will have to win 5 of their remaining 7 games if you are clicking the over on this bet, which I heavily advise against. If anything, I think that the under at 8 is not only safer but much more likely to hit.

If you are betting the over, you need this to be a win, and if you are betting the under, a loss here could secure the victory on your bet just a few days after placing it. While the Cowboys rank dead last in pretty much every statistic in rush defense, the team’s last game out against the Steelers went very well. Cook will undoubtedly have a good game, but one turnover could flip this matchup. With Andy Dalton and the offensive line healthy, the Cowboys should put up points on this defense. The corners on the Vikings are horrible, and this is a top-three wide receiving core that goes three deep.

I would not be shocked if the Cowboys upset the Vikings, but let us give this one to Minnesota as a win. This totals the Vikings’ record to 5-5.

This game is not going to be a win for the Vikings, and the illusion of the previous four games is going to blind oddsmakers and Vikings fans alike. Even a sold win against the Cowboys is not going to change how this game looks. Teddy Bridgewater and his weapons under Matt Rhule’s system, especially if CMC is good to go, will score every time they touch the ball against Minnesota.

Sure, this will be another good game for Dalvin Cook, but again, one turnover, and it is over. Even without a turnover, the Vikings will have trouble keeping up against the points being put up against them as the Vikings continue their conservative play calling.

I project this as a loss, and if that happens, then there is no path for the over to hit. This might be a point of contention, but I am confident in the Panthers’ ability to win this football game. This is why I like the under on 8 wins.

This game is another win for the Vikings, not too much to talk about here. Of course, it is a possible trap game, but for the sake of argument, this game should go to the Vikings rather easily, and it is the only game besides the Lions, late in the season, that I am willing to reward instantly.

The way that the Vikings have played this year leads me to believe that all of these games should be losses. The Bears have a shot at throwing the game again with that terrible offense. However, they still should have won against the Vikings on Monday Night Football, even with a horrid performance. Nick Foles missed an open WR for a touchdown late that would erase the almost perfect game from the Vikings on both sides of the ball. This is the issue. The Vikings need to be perfect due to the talent on the roster and the scheme they play to win, and the opposing teams just need to be okay for it not to matter.

The Bucs’ and Saints’ matchups are easy losses in my book. Both defenses are going to play well in these games and stop the Vikings’ offense. This means that Brady and Brees/Winston only have to play okay with their myriad of receiving weapons to come away with wins.

I am chalking two losses and most likely three in this stretch.

At this point, the over has been done for, and if you take anything away from this article, it is to not bet on the Vikings going 5-2 in this run of games. There are two games that look very unwinnable and two games that are most likely losses, plus the Vikings could always falter in a trap game.

I do think that the Vikings beat the Lions at the end of the year because the coaching and management staff are not competent enough to lose on purpose for a better draft pick. This will end the season between 7-8 wins in my book. This makes the under a bit of a risky pick. However, it is much, much more likely than the over 8 wins being presented. 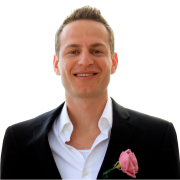 Sam Shefrin likes to write about sports betting and daily fantasy sports. Sam's work has been seen on Lineups.com, DepthCharts.com and Daily Fantasy Cafe. Sam will be looking at the betting side of the Vikings. He was born in Hawaii, but doesn't surf. You can follow him on twitter @samshefrin https://twitter.com/samshefrin

Why the Patrick Peterson Deal Was NOT GOOD

Week 10 ATS (Against the Spread) and Over Under Picks with MyBookie Head Oddsmaker, David Strauss

Last Minute Bets: A Look at this Week’s Over/Under