Last Minute Bets: A Look at this Week’s Over/Under 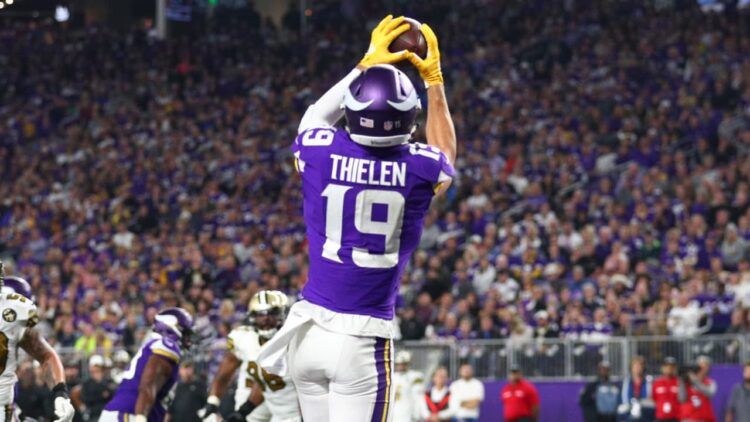 If you haven’t yet pulled the trigger on a Vikings/Seahawks bet, you have come to the right place. You’ve all heard this already, but just to summarize, here’s what the two teams look like going into week five.

The Vikings are coming off back-to-back good weeks, with their first win of the season last week, and they hope to continue this success Sunday night. The Seahawks on the other hand have ridden the coattails of Russell Wilson to a 4-0 record.

Honestly, this game looks like an entertaining shootout, which makes it a tough betting pick. This is probably a big reason why it didn’t land on BetQL’s NFL Best Bets, but hey, it can’t hurt to take a look at the lines anyway right?

I don’t think many people are going into this game expecting the Vikings to win, and some may not even think it’ll be that close. I am of the belief this will be a close game, but even if Seattle takes a commanding lead, the over is certainly attainable here. Of their eight combined games, these offenses have only scored fewer than 30 points once.

That one occurence came in the Vikings’ terrible week two performance against the Colts. In hindsight, that is looking more and more like a fluke by the day as Indianapolis has been the best defense in the NFL to this point in the season. Wilson and Kirk Cousins both have two great great wide receivers to throw to in Tyler Lockett and DK Metcalf for Wilson and Adam Thielen and Justin Jefferson for Cousins.

Along with that, both teams have running backs who are threats to score. Chris Carson has five total touchdowns through four weeks, and Dalvin Cook has six. Each picked up two in week four. Not to mention, both these teams’ defenses have been about as porous as it gets. Minnesota has given up 31.5 points per game, and Seattle has allowed 27.3 per game.

Both teams have been among the five worst passing offenses in the league, but the only issue I can see for the Vikings ability to score is if the inability to run Dalvin Cook throws them off. Seattle has been surprisingly good against the run this year, allowing just 3.4 yards per carry and 75.8 yards per game. Both totals are good for third best in the NFL.

Kirk Cousins is more than likely going to have to make plays with his arm, which shouldn’t be too much of an issue especially with Jamal Adams out. However, if Cousins’ targets revert back to their sluggish play that we saw in game two, and they aren’t able to punch the ball into the endzone, the Vikings offense may be in some trouble.

The issues for the Seahawks lie solely in the idea that Russell Wilson can’t be perfect forever. Maybe he had his down game against Miami, but he still completed 70% of his passes for 360 yards and two touchdowns. A quarter of the way through the season, he is on pace for 5140 yards and 64 touchdowns. Surely this has to slow down eventually, but I am confident he shines again in week five.

My Last Minute Bet: Take the Over