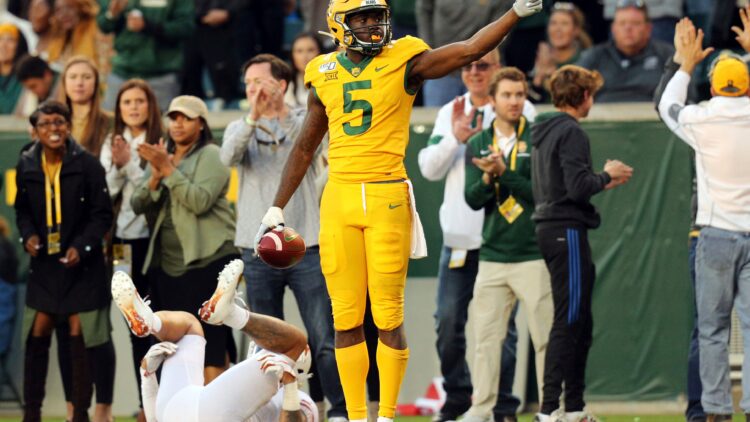 Minnesota Vikings fans have been blessed with two of the best receivers in football over the last few years. Both Adam Thielen and Stefon Diggs, when healthy and being targeted, are weapons that any team would be happy to have. However, the Vikings have been having issues figuring out who can be a consistent third receiver in their offense.

Prior to last season, the Vikings receiver room was crowded with veterans looking for a final crack at a roster, a former CFL star, a son of a super bowl champion, and many young players looking to make their mark. Over the course of the season, very few of those receivers ended up seeing the field. Olabisi Johnson and Laquon Treadwell were the only two receivers, outside of Thielen and Diggs, to play consistently.

The verdict is still out on Olabisi Johnson, although early signs point to him being very solid. Laquon Treadwell looked better than he ever has after being cut and re-signed, but he can’t be considered the answer with his history of inconsistent hands and slow feet. The Vikings have two of the best in the game, but could really open the field up even more if they targeted a player who could also help Kirk Cousins take more deep shots.

Denzel Mims is an obvious answer to the Vikings prayers. Mims, who measures at 6’3” and 215lbs, played in 40 career games at Baylor University over four years. He ended his career at Baylor sixth all-time in receiving yards (2925) and third in receiving touchdowns (28). He was also selected as All-Big Twelve first-team.

Mims was a track star in high school, and it shows in his film. He has long strides, and when he hits open space, he’s faster than almost anybody on the field. It’s very possible that Mims will run one of the fastest 40-yard dashes at this year’s NFL Combine.

To go along with his long legs, Mims has extremely long arms. That means that he has a huge catch radius and can help negate bad throws by getting his hands to anything thrown close to him. His long arms also means that he can get his hands on defenders and block downfield. He has surprising functional strength for a guy who is a bit on the skinnier side for his height.

It’s a real treat to watch film of Mims, especially on 50-50 balls. He has a good vertical, a knack for timing his jumps, and his long arms allow him to reach over defenders without drawing pass interference penalties. He is a natural hand-catcher, and has extremely soft hands. I never saw him fight his body to make catches.

Despite these great natural traits, Mims will need some polish. He ran a limited route tree at Baylor, and was only really asked to run goes, slants, hitches, and the occasional drag. Even given a limited number of routes, he’s not exceptional on anything other than verticles where he can use his speed and arms to fight for the ball. He’d do well to get in practices with Thielen and Diggs, two of the best in the game at running routes to work through some issues.

Something that he’ll need to try to figure out, is how to change directions quicker. Because of his long legs, he has issues planting his feet and going the other way. He may never be great at changing directions, but if he can learn to vary his speed a bit, something that Diggs and Thielen excel at, he might be able to make up for it. He also had two fumbles in the open field against Texas this year, both recovered by his own team, but he’ll need to learn to tuck the ball and protect it better.

Mims falls into the range that the Vikings might be looking to spend a pick on a receiver. He is currently projecting in the third to fifth round, but could move up higher with a strong combine and pro day, where he should be a top performer. If the Vikings are targeting a receiver this draft, it might be Mims. This is a very deep draft for receivers, and they likely won’t be in on the top talents in the draft, unless they fall significantly. Mims would bring another deep threat, something that could open up the field even more for Diggs, Thielen, the tight ends, and Dalvin Cook. He also gives another redzone target with his skill on 50-50 balls. You always want to add more weapons, and Mims is a huge one that could be the steal of the draft.