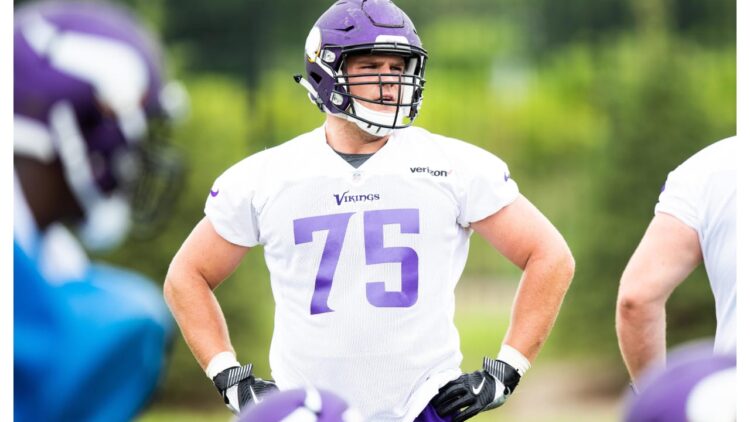 The past decade the offensive line has had the following (and many more) negative narratives: In 2016 the Vikings offensive line was ravaged by injuries that torpedoed a 5-0 start to that campaign. Once promising center Pat Elflein has been named a bust by many fans since he moved to left guard. Another once promising lineman, Matt “Highest draft pick in Vikings history” Kalil’s name is taboo in the state of Minnesota.

When searching for decent lineman you have to go back two decades to players like Bryant Mckinnie, Korey Stringer, David Dixon, Steve Hutchinson and Matt Birk. Along with Ron Yary from the late sixties, these two are the gold standard for Vikings offensive lineman.

O’Neill has already matched the production of Bryant Mckinnie in his first two seasons. While Mckinnie averaged three-and-a-half fewer pressures, he averaged three-and-a-half more sacks allowed. O’Neill has also far surpassed Phil Loadholt, the mountain man who blocked for Brett Favre. Matt Birk, is likely the best offensive lineman the Vikings have ever drafted besides Ron Yary. He earned six trips to the Pro Bowl and two All-Pro selections while running the offensive line as the center on the Vikings roster for an amazing span of years (that balanced quality with quantity). He was also a six-time Vikings man of the year recipient. It’ll take a few more years for O’Neil to surpass him, but he is definitely on the right track.

O’Neil has also improved heavily as a run blocker in Gary Kubiak’s new zone scheme. The Vikings yards per carry behind O’Neill increased by a full two yards, and about two hundred forty yards in total in approximately twenty-two more attempts in 2019. A ten yards per carry difference. Most already know about him only giving up two sacks in over 1,100 pass-blocking snaps, which is better than the likes of Lane Johnson, La’el Collins, Jack Conklin, and Ryan Ramczyk. Yikes.

Brian O’Neill has become the most reliable offensive lineman on the team in just two years. His continued improvement should land him on the radar of the Pro Bowl and All Pro voters very soon. In fact, O’Neill posted better stats or matched every single tackle voted to the NFC roster on both the right and left sides. He had given fans a new found love for the offensive line, and his career is ready to take off to new heights.

Let’s just hope that’s something the Vikings can both build and capitalize upon.