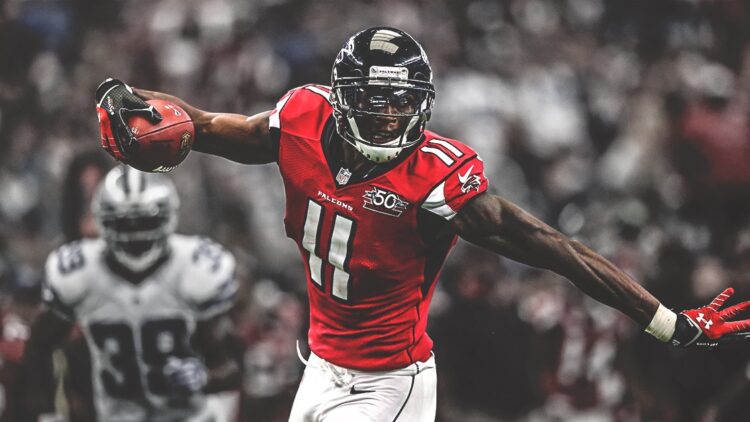 According to Tom Pelissero of NFL Network, Julio Jones is about to sign a contract making him a very rich man.

Jones’ contract is being reported as being for 3 years, $66 million.

For those sketchy at math, that’s $22M per.  Enough to buy an island somewhere.

Julio Jones’ contract extension has been expected for weeks, but speculation has arisen about his playing status and motivation, most of it limited in real information.

Both Jones and Falcons owner Arthur Blank have tried to be professional about the situation in recent weeks, but when money’s involved, it always seems a little perplexing to fans about who’s making the thing stick.

For the Vikings, it’s going to be business as planned in facing the All-Pro Jones, who gave his team 113 catches for 1677 yards and eight touchdowns in 2018.

They just might see Jones grinning on the sideline more.