The Pro Bowl Needs to be Tweaked 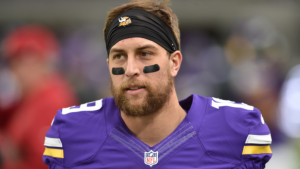 I did something that I haven’t done in almost 10 years on Sunday, I watched almost all of the Pro Bowl. I did this partly to write about it, which I am doing now, but mostly I watched the game because I wanted to see if the game would be entertaining, or just boring like I remember it being. Surprisingly, the game itself was, fine. I think it is fun to watch grown men run around and make silly plays. By the 4th quarter, nearly every wide receiver and defensive back was playing out of position. We also got to see Adam Thielen throw his first pass, which did not end well. However, by the end of it I was bored, something that the ESPN announcing crew didn’t make any better, especially Jason Witten.

The game is not really football, they play two hand touch with pads on. I understand why. These guys are worth a ton of money and if they were to hurt themselves they could hurt their value (Not to mention costing the team owners money), I’m sure that is something Viking’s linebacker Anthony Barr was thinking about all week. The players also don’t get much from playing hard. Even if you win, you still only get $67,000, which is almost nothing to most players, especially Pro Bowl level players. They also don’t even try to run the ball, because it would be boring and ineffective when all it takes to stop a guy is to touch him. So to make the Pro Bowl more exciting there is one simple solution, expand the skill showdown. This year the Skills Showdown consisted of the 40-yard Splash, Gridiron Gauntlet, Precision Passing, Best Hands, and Dodgeball. Vikings fans will be happy to note that sneaky athletic gym rat/dental equipment salesman Adam Thielen was a force to be reckoned with, leading the NFC to victories in the Precision Passing and dodgeball. Also, if Trubisky could throw a decent ball, he would have won them the Best Hands competition.

However, you could definitely have more events. The one that I would like to see, instead of the mediocre Pro Bowl game, is a 7 on 7 tournament of flag football. You could have team captains draft their guys on Friday, play the Skills Showdown Saturday, and then have Sunday be all-day flag football. The guys already don’t go too hard in the game, just throw them out there in their teams jersey, put some flags on them, and let them express themselves without the helmet on. You risk less injuries, you get the same exciting plays, and you get to see players faces and personalities. The other solution we could see, is for them to just expand dodgeball to be a bigger tournament. I’m not a fan of this as it takes out the football element of things.

In the end, the Pro Bowl weekend is about having fun and entertaining the fans. The NFL should take away the charade that the game itself, and replace it with fun, silly challenges. It keeps the players safe, and if you already are inclined to not watch the Pro Bowl, well maybe you’re more likely to watch Thielen dominate the Skills challenge.