In this weeks episode, Jordan and Jack take a deeper look at the Vikings 53-man roster heading into week one. They cover the Josh Doctson signing, new punter/ holder Britton Colquitt, keeping four running backs and a few surprises.

After they cover the new Vikings roster, they dive into the week one match-up against the Atlanta Falcons.

Make sure to tune in next Wednesday for initial reactions to the Vikings first regular season game, and what to look forward to next week against the divisional rival Green Bay Packers. 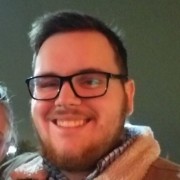 I am a Journalism Major at Northern Kentucky University, a dedicated Vikings fan, and host of Load the Box!

Thanks to Aaron Rodgers, the wheels are falling off in Green Bay and it’s a wonderfully unfamiliar feeling…