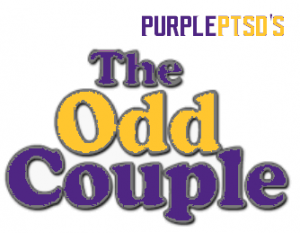 Part of our 2019 plan is to expand our video work and reach!

We are actually close to opening our video studio for all of our shows (should be open in early July)!

So hopefully you’ll follow or subscribe to our channels to catch all of our video shows and podcasts!

Or click HERE or below to watch the first episode of ‘The Odd Couple’!

One of our first shows is here and it’s called ‘The Odd Couple’ which is hosted by Joe Johnson, the owner of purplePTSD/VikingsTerritory/purpleTERRITORYRadio and Ian Parrague, writer for purplePTSD.com and host of the ‘SKOL Sessions’ podcast on purpleTERRITORYradio.com!

We cover the news of the day/week while also taking call-ins LIVE from our viewers on Periscope! While we may eventually move to an in-person (together) show that is live streamed on ALL major social media sites (Facebook Live, Twitter Live/Periscope and YouTube)! But for now, we’re hosting on Periscope under one of our Twitter handles, namely in ‘VikingTerritory’.

Make sure to follow VikingTerritory on Twitter and tune in every Saturday at 11 a.m. to join the show and ask questions!