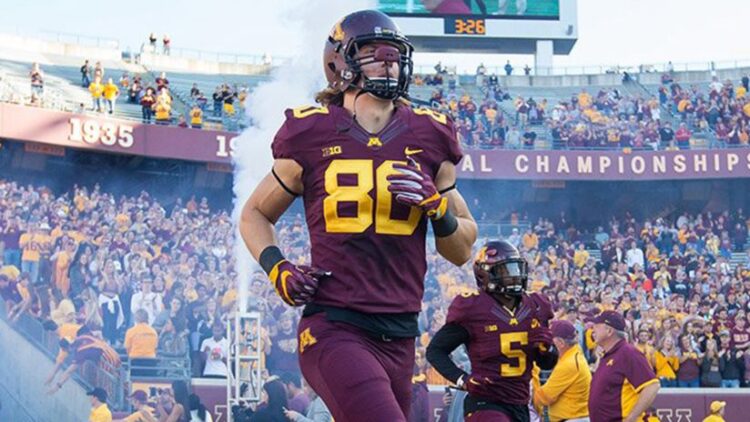 The Minnesota Vikings on Sunday signed offensive tackle Nate Wozniak. Wozniak is a mammoth human being who played college football at the University of Minnesota, where he predominately played tight end.

Wozniak (6-10, 300) was signed as an undrafted free agent by the New Orleans Saints in 2018. He made the transition to offensive line before being placed on the team’s practice squad for the 2018 season. He was waived by New Orleans on August 7th. Wozniak, 24, is expected to participate in practice on Sunday.

The Vikings are dealing with injuries to two tackles, Brian O’Neill (arm) and Aviante Collins (leg). According to head coach Mike Zimmer both players are not expected to have long-term recoveries. Currently the healthy tackles on the roster are Riley Reiff, Rashod Hill, Storm Norton and Oli Udoh.

In a corresponding roster move the team waived offensive lineman Tyler Catalina. Catalina, listed as a guard, was signed off of waivers by the Vikings on August 1st.