Report: WR Alexander Hollins to be elevated to active roster 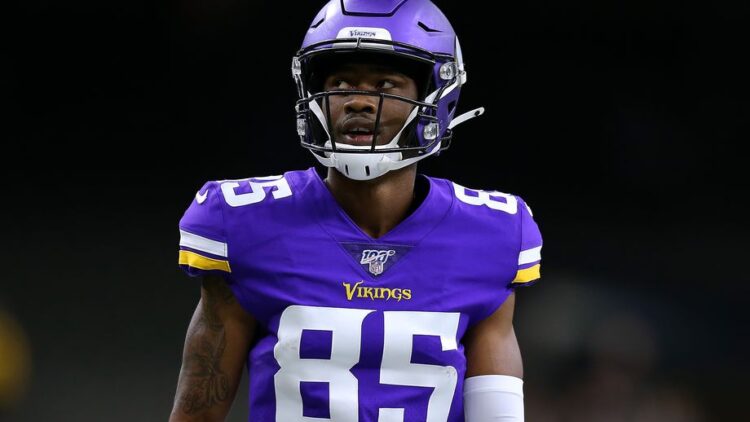 According to Tom Pelissero of the NFL Network, the Vikings are expected to call up receiver Alexander Hollins from the practice squad to the 53-man roster for tonight’s game against the Seattle Seahawks.

The #Vikings are expected to promote WR Alexander Hollins from the practice squad, source said. Undrafted rookie from Eastern Illinois gives them four healthy receivers tonight against the #Seahawks, with Adam Thielen out again because of his hamstring injury.

Hollins (6-1,166) was signed this spring as an undrafted free agent out of Eastern Illinois. In his 2-year college career (22 games), the 23 year-old caught 127 passes for 1,796 yards and 23 touchdowns. Known for his speed, Hollins made a couple standout plays late in training camp and collected three catches in the preseason. He will wear number 15 tonight for the visiting Vikings.

Adam Thielen was ruled out of the game yesterday because of a hamstring issue. The promotion of Hollins would give the Vikings four healthy wide receivers. Tight ends Irv Smith Jr. and Tyler Conklin could also see an expanded role in the passing game.