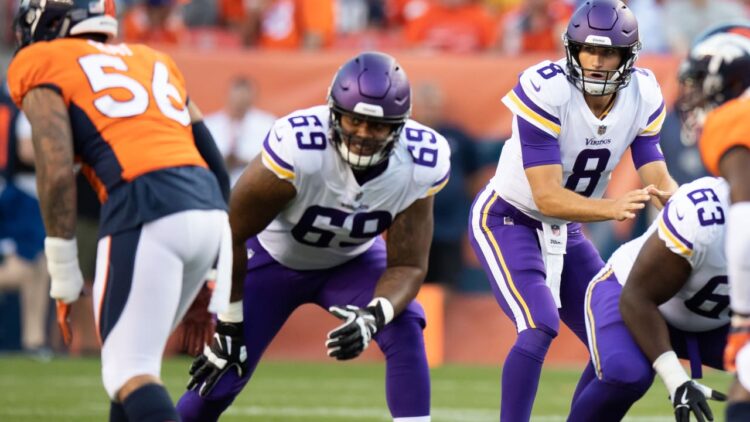 On Monday morning the Vikings got down to business. With players in town to start the offseason workout program, the two sides were also able to complete some paperwork. The deadline for restricted free agents to sign their offer sheets isn’t until Friday, but that didn’t stop one of the team’s two RFA’s from completing his deal.

OT Rashod Hill just signed his restricted tender with the Minnesota Vikings and is looking forward to a great 2019 season!

Hill was signed as an undrafted rookie by the Jaguars in 2016. The Vikings signed him off Jacksonville’s practice squad later in the year. He started 15 games the past two seasons in Minnesota and is expected to be a backup in 2019.

According to Chris Tomasson of the Pioneer Press, the Vikings are also expected to formally announce the extension of Adam Thielen as well as the signings of Sean Mannion and Jordan Taylor on Monday. The team’s other RFA, safety Anthony Harris, is expected to sign his tender (2nd-round level worth $3.095 million) before the league deadline.