Win a Round of (Simulated) Golf with (The Real) Chad Greenway on 3/7! 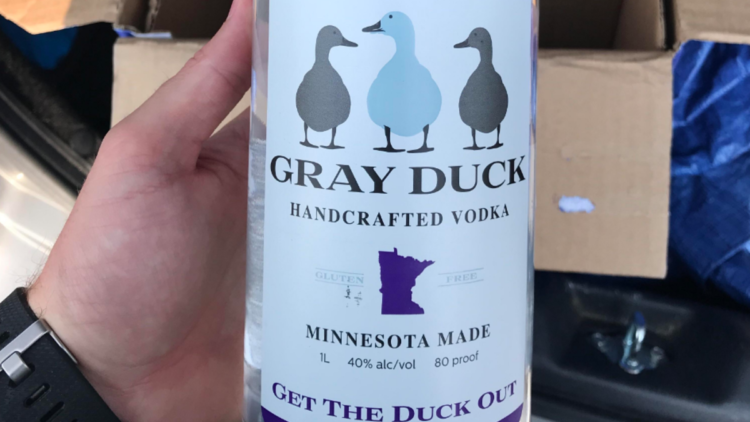 The purplePTSD/VikingsTerritory/purple TERRITORY Radio family is proud to announce that it’s working with Gray Duck Vodka, Minnesota’s premiere vodka, which is owned by former Viking linebacker Chad Greenway. Named after the fact that Minnesota is the only state to say ‘Duck, Duck… GRAY DUCK!’, as well as the viral Vikings touchdown celebration by Kyle Rudolph a couple seasons ago, Gray Duck Vodka is produced in Minnesota and made only from Minnesota corn!

Chad has been busy visiting liquor stores around Minnesota, South Dakota and North Dakota and will soon be visiting Iowa as Gray Duck is set to expand into Iowa soon! Keep an eye on the Gray Duck website (www.GrayDuckSpirits.com) and the Twitter (@GrayDuckVodka) and Facebook account to find a tasting near you, a store near you that sells Gray Duck and all the contests that they’re running (and cool events they’re sponsoring like this year’s Summer Jam).

As the title says, Gray Duck is sponsoring a fun event at Inside Edge Golf Simulation in Eden Prairie where a few lucky fans will get a chance to play a round of simulated golf with Chad himself! The winner(s) of the contest will be announced on 3/1, with the shindig taking place on 3/7! Click HERE to enter and don’t forget to check out Gray Duck Vodka the next time you’re at a liquor store (you can click here to find a liquor store in your area that carries Gray Duck whether you’re in Minnesota, North Dakota or South Dakota!).