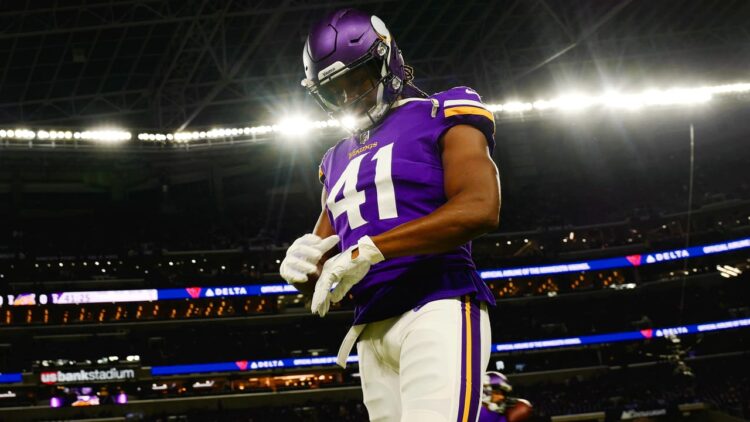 With the deadline to pick up the option of safety Andrew Sendejo just two weeks away, the Vikings could choose to pave the way for his replacement. At $5.5 million, the price may be a little too steep to keep the 31 year-old around. Luckily for Minnesota, Sendejo’s substitution has already emerged from the depths and helped the Vikings defense get back to the form they had during the 2017 season where they surpassed even the wildest expectations of the Vikings faithful and in going 13-3. It was that defensive play that made the Vikings a popular pick to win the Super Bowl last season, especially after landing quarterback Kirk Cousins. Considering the play of Harris, it might not be a bad move to bet on the Vikings right now, as they have favorable odds (especially thanks to this Betamerica promo code) at least as of the writing of this article.

S Anthony Harris, Minnesota Vikings
Harris came in for an injured Andrew Sendejo in Week 6 and never gave back the starting job. After never playing more than 254 snaps in a season since going undrafted in 2015, Harris earned an 89.0 overall grade on 624 snaps this year.

Harris, 27, finished the season with a Pro Football Focus grade of 89.0 (Adam Thielen had a 89.5). Harris’ 24.0 passer rating against was best in the NFL for safeties with more than 200 snaps in that span. He also did not commit a penalty all season.

Since actually taking over at safety for George Iloka in Week 8, Harris played the part of partner-in-crime to fellow safety Harrison Smith. What remains to be seen is whether the Vikings will choose to tender Harris as a restricted free agent or give him a multi-year extension. Here are the RFA options should they go that route: